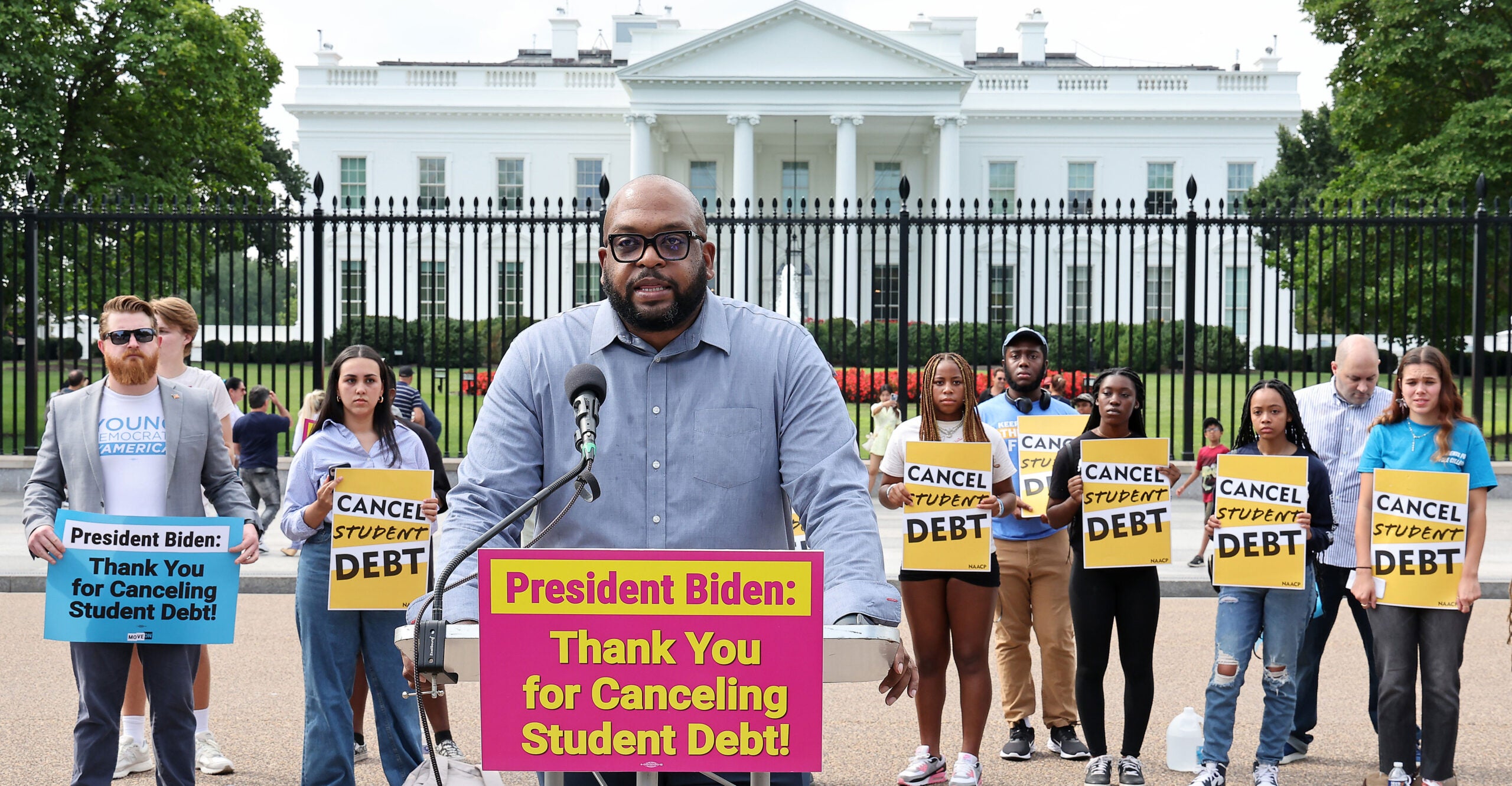 By my count, there are at least three lies behind President Joe Biden’s “student loan relief” plan: a bald-faced lie, a half-lie, and a lie of omission.

First, in its Aug. 24 “fact sheet,” the White House advances the falsehood that college is the “ticket to a middle-class life.” That’s untrue.

The ticket to a middle-class life, now as ever, is finishing high school, working a full-time job, and getting married before you have kids. A recent report by the Institute for Family Studies by scholars Wendy Wang and Brad Wilcox lays out the data brilliantly. A stunning 97% of adults who follow those steps are middle-income or higher.

A middle-class life is eminently attainable without a college degree.

Why would the White House want to get this wrong? Maybe because it prefers to advance a narrative of government dependency over one of personal agency. But that’s a shame. Why not tell young people, as author Ian Rowe does, that it’s within their power to rise above their circumstances through hard work, thrift, and sensible life choices?

If young people are victims in the higher education business, it’s as victims of a political rhetoric that sells short the good effects of old-fashioned virtue while vastly exaggerating the benefits of degrees and credentials.

And what if you do go to college? Studies show that high price-tag degrees don’t add value to lifetime outcomes. Students do just as well attending low-price institutions as prestige colleges, but those attending the latter are more likely to carry loan debt.

So, the Biden plan looks like a taxpayer-funded bailout for those who chose pricey schools over less-expensive ones, insulting the previously frugal and creating moral hazard for the next generation of student loan borrowers.

Second, the White House “fact sheet” states that the “total cost of both four-year public and four-year private college has nearly tripled” since 1980, and that federal support “has not kept up.” In this case, the lie is in the second part. While total costs have indeed ballooned, it wasn’t a proverbial “act of God.” Instead, the federal support the White House claims “has not kept up” is in fact the single-biggest reason why tuition prices keep rising. Economists estimate that 60% of federal credit extended to student borrowers through subsidized loans gets “passed through” in the form of higher tuition prices.

Colleges and universities see federal guaranteed loans for students as money on the table, and tuitions get hiked to capture those dollars. It’s a vicious cycle: Feds offer student aid in the form of grants and loans; that aid props up artificially high demand, given tuition prices; and voila, tuitions rise again. Rinse and repeat.

But reading from the White House “fact sheet” would lead you to think that the government has barely dipped its toe into the troubled waters of high college prices. After reporting that Pell grants now cover only one-third of the cost of a four-year public college degree (down from 80% in 1980), the “fact sheet” gravely points out that federal student loan debt has skyrocketed to $1.6 trillion. So, the federal government is not a bystander after all. It has been eagerly handing out loans to students for degrees that many of them won’t even finish, helping to create degree inflation and saddling adults with decades of monthly payments.

Since degrees aren’t necessary for a middle-class lifestyle, and since all that debt negatively affects student borrowers (as the White House admits), one might conclude we should wind the whole thing down.

Admit we’ve been telling kids a lie and making them pay for it. But the White House’s conclusion is that we should cancel the loans for those who don’t make enough money and keep the whole system going.

The third lie is harder to spot because it’s unstated.

The entire loan-relief plan carries on as though there is no other solution to the problem of student debt than this giant, unfunded $500 billon taxpayer giveaway (which is inflationary in a time of yet uncontrolled inflation). That’s ludicrous. There are many other solutions, ranging from refinancing to private charities.

But the simplest solution is probably the best one: First, own up to the fact that colleges and the federal government have been in cahoots to foist unconscionable debts on millions of Americans for degrees of questionable worth. Second, back away and let universities find a way to offer their goods and services without special subsidies muddying the waters.

For students who are now least likely to graduate, that will probably mean no college—and no debt. That’s a clean slate as they begin their working lives. For those most likely to graduate but who lack the means, it will point to more private loans, like the ones I just co-signed for two of my sons this year, with higher interest rates and, after needed regulatory reforms, better loan screening to figure out who is likely to graduate.

Finally, it would shift the burden from taxpayers to colleges to figure out how to pay for students who deserve to be there. Such a change might induce some colleges to funnel a greater share of endowment dollars into student aid. But it might well induce other schools to trim bloated administrative offices and theme park-style amenities for students, and try a fresh approach: competing on price.

In a couple of decades, two problems might be solved at once—the student loan crisis and the rising tuition crisis.

Ron Johnson Up 13 Among Independents, But AP Warns He’s Losing That Group?
Democrats Are Ceding Social Issues to the GOP
Liberal Journalist Thinks The Constitution Must Be Rewritten To Stop Donald Trump
Chinese and Russian warships spotted off Alaskan island
Horowitz: The energy crisis is worse than you think — and it’s by design