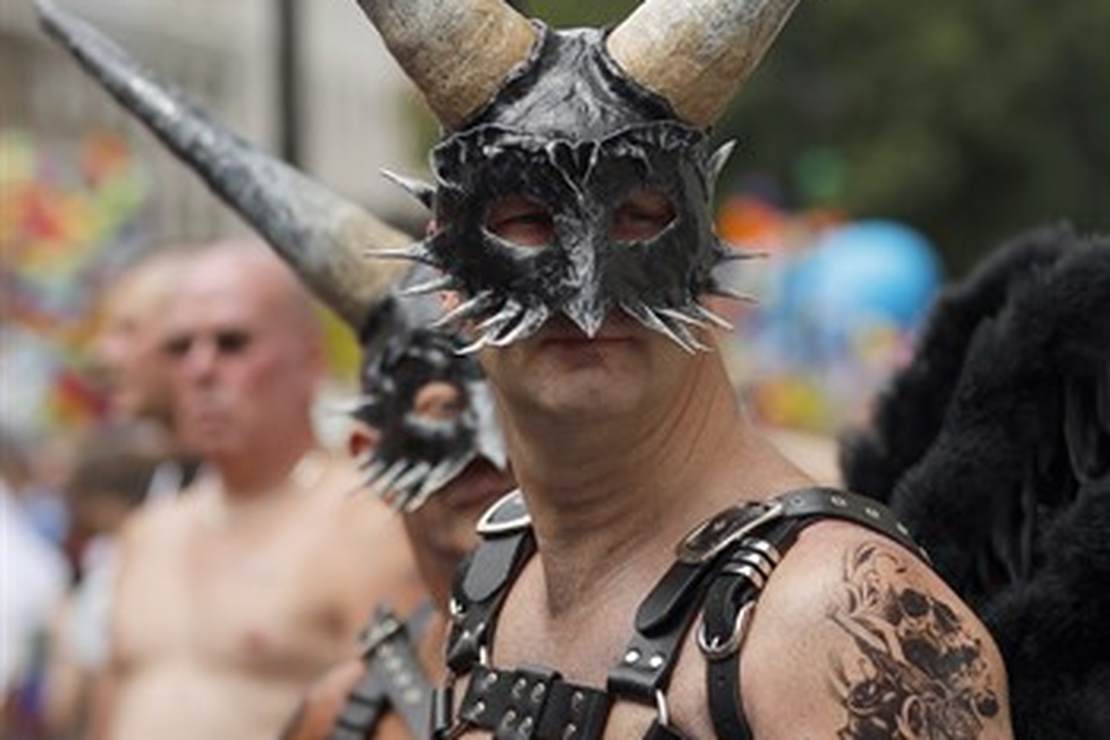 Let me begin by warning you that this article will likely be “fact” checked and censored by social media companies and their fellow travelers in our government and the media who don’t want you to know the truth about monkeypox. (Note: becoming a PJ Media VIP member gives you access to the content they don’t want you to see.)

On Tuesday, the White House held a briefing to discuss the monkeypox epidemic and essentially admitted what we’ve been saying here at PJ Media for the last few months: The at-risk population for this virus is men who have sex with men. Not preschool children, not women sitting on toilets, not grandmas in nursing homes. It’s men who have sex with men (MSM) who are responsible for the spike in case numbers both here and abroad.

Bob Fenton, the White House monkeypox response coordinator (how’d you like to have that on your resume?) admitted during the briefing that the at-risk community is “namely gay, bisexual, and other men who have sex with men.”

Funny, the intrepid “fact” checkers have been lecturing us for months about how it’s not a sexually transmitted disease and how we mustn’t stigmatize men who have sex with other men because it might hurt their feelings or something. Here’s a sampling of the articles and “fact” checks imploring us to memory-hole any suggestion that monkeypox primarily affects gay men, courtesy of the “fact” checkers at USA Today:

Fenton added that the White House is working “to get vaccines and information to large events that bring together large groups of LGBTQ+ individuals — from Southern Decadence in New Orleans to Black Pride in Atlanta, to Oakland Pride in California.”

Lousiana Gov. John Bel Edwards bragged about his state’s aggressive efforts to target gays who attend the debauched (and often X-rated) festival in New Orleans and thanked the White House for sending 6,000 doses of the monkeypox vaccine for the event. The state will also be piloting “a mobile testing facility here around the Southern Decadence festival too,” he added.

Also for our VIPs: Texas Toddler Gets Monkeypox, and I Have Questions

The festival is expected to attract 300,000 attendees from around the world, turning New Orleans into a giant monkeypox petri dish. Those who receive the jab will have to wait 28 days to get the second dose and won’t be fully immunized for four weeks.

Here’s a thought: maybe instead of pushing vaccines that will do nothing to protect the revelers during the festival, the CDC and other government agencies should be out front telling men to keep their pants on. Ninety-nine percent of those infected with monkeypox are men, and 96% of those men report having sex with men, according to the CDC. Rather than addressing the very real problems associated with promiscuous gay sex, the U.S. is planning to spend billions of your tax dollars on vaccines that will allow the MSM crowd to (supposedly) continue sleeping around with impunity.

Conservative columnist Rod Dreher made an excellent point when he reminded readers that the legalization of same-sex marriage was supposed to be the panacea for unbridled sex among gay men. It isn’t:

I remember being told by the media that gay men were vastly more promiscuous than straight men because society compelled them to be. Normalize homosexuality and grant same-sex marriage, and that would change. I never believed it because I knew perfectly well that gay men were insanely promiscuous not because they were gay, but because they were men. An ordinary male unrestrained by religious or moral scruple, and faced with a wide variety of willing partners who demand no emotional commitment, or even to know one’s name, before having sex — that man will likely behave exactly as most gay men do. Until now, at least, heterosexual men have had to cope with a culture of restraint imposed by women. Randy Shilts, the gay journalist who wrote And The Band Played On (and who later died of AIDS), made this very same point in his book. He said that straight men he’d spoken to expressed envy that gay men could have such a bounty of sexual experiences, because they didn’t live with the restraining factor of women. There was always, always somebody — and usually many somebodys — willing to say “yes” to anything you wanted, any time you wanted.

In the United States, we have had legal same-sex marriage from coast to coast for seven years now. Of course the culture of debauchery has not changed. It never was going to change. And look, if the horrors of AIDS didn’t change it, why should monkeypox?

Dreher also linked to a horrifying collection of medical journal articles detailing the health risks of sex between males.

If we had responsible, honest health officials and politicians in this country, they would be shouting this data from the rooftops. Instead, they’re working feverishly and spending taxpayer dollars like drunken sailors to convince gay men that this has nothing to do with their behavior and everything to do with getting the jab.

Edwards admitted that his “focus every day is making sure that those most at risk for monkeypox have the information and resources they need — vaccines, tests, treatment — to keep themselves and their loved ones safe.”

You know what else will keep them safe? Celibacy and monogamy. If you care about someone, you tell him the truth, even if he doesn’t want to hear it. The only conclusion I can draw from this press briefing is that the White House and its sycophants only care about finding ways to allow men to continue to have promiscuous sex without consequences. Vaccines are fine, but unless men change their behavior, we’re going to continue to have these STDs (just watch, calling it that will get me fact-checked) pop up in the gay community. And then, when the virus evolves, and those outside the MSM community begin to be infected in large numbers, everyone will forget that the current monkeypox epidemic started at hedonistic gay superspreader events. 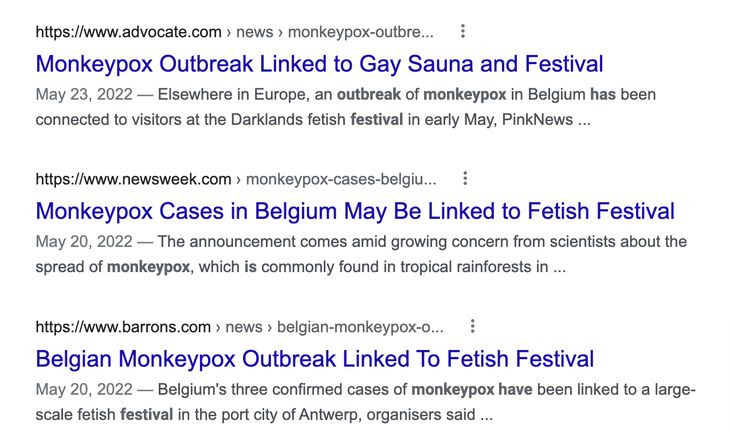 Isn’t it ironic that the White House and public health officials closed down schools for two years—even though it was known early on that children rarely had severe cases of COVID-19 — but no one in government has the courage to shut down the Pride festivals, bathhouses, and gay clubs, where promiscuous sex is brazen and prolific? They’re more afraid of the LGBTQ+two-feathers crowd than they are of monkeypox. Let that sink in.