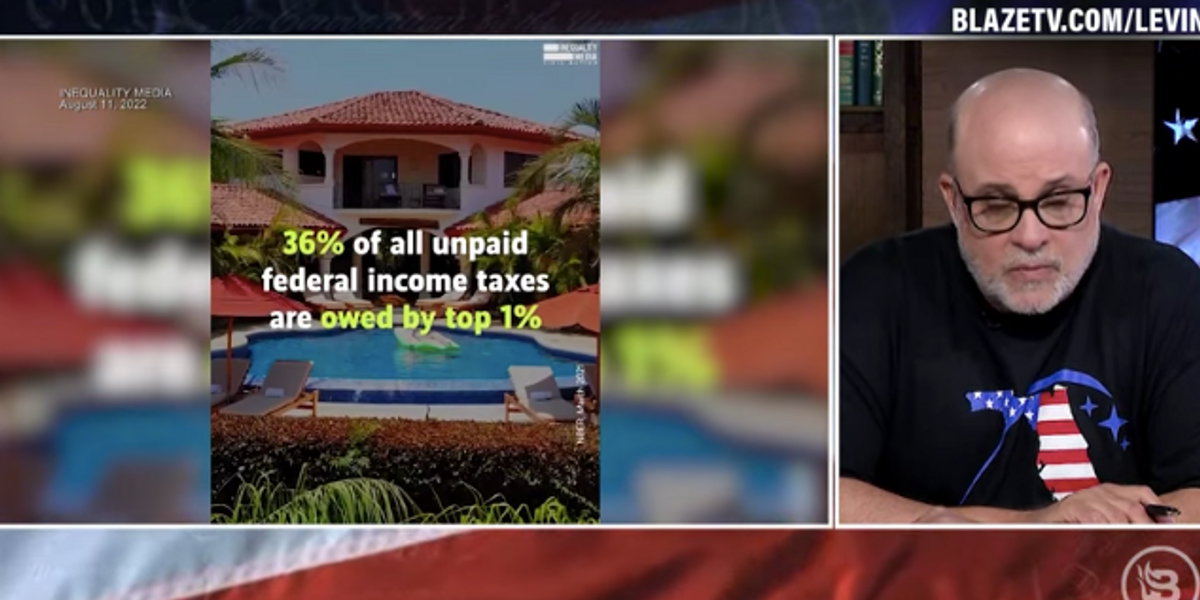 Weaponized bureaucrats are nothing new in politics. There is a history of Democrats using the IRS for political gain. Franklin Roosevelt used the IRS against Andrew Mellon, who’d been the treasury secretary under Coolidge and was a public servant. There was nothing on Mellon. Roosevelt tried for 10 years to put Mellon in jail, and even ordered his Treasury Secretary Henry Morgenthau to go after Mellon. At the end of the trial, the federal judge said, “you don’t have anything [on] him.” John Kennedy used the IRS to go after conservative groups. Lyndon B. Johnson used the IRS to go after his political opponents, and he used the FBI to tap the phones of civil rights leaders like Martin Luther King. LBJ sent the FBI into the democratic convention in Atlantic City to monitor King and other civil rights leaders.

According to the Washington Post, the richest 1% are hiding more than 20% of their income from the IRS. “If they are hiding it,” Mark Levin asked, “then how does the IRS know about it?” Why doesn’t it tax the hidden funds? Watch the clip for more from “LevinTV” on BlazeTV.

To enjoy more of “the Great One” — Mark Levin as you’ve never seen him before — subscribe to BlazeTV — the largest multi-platform network of voices who love America, defend the Constitution, and live the American dream.