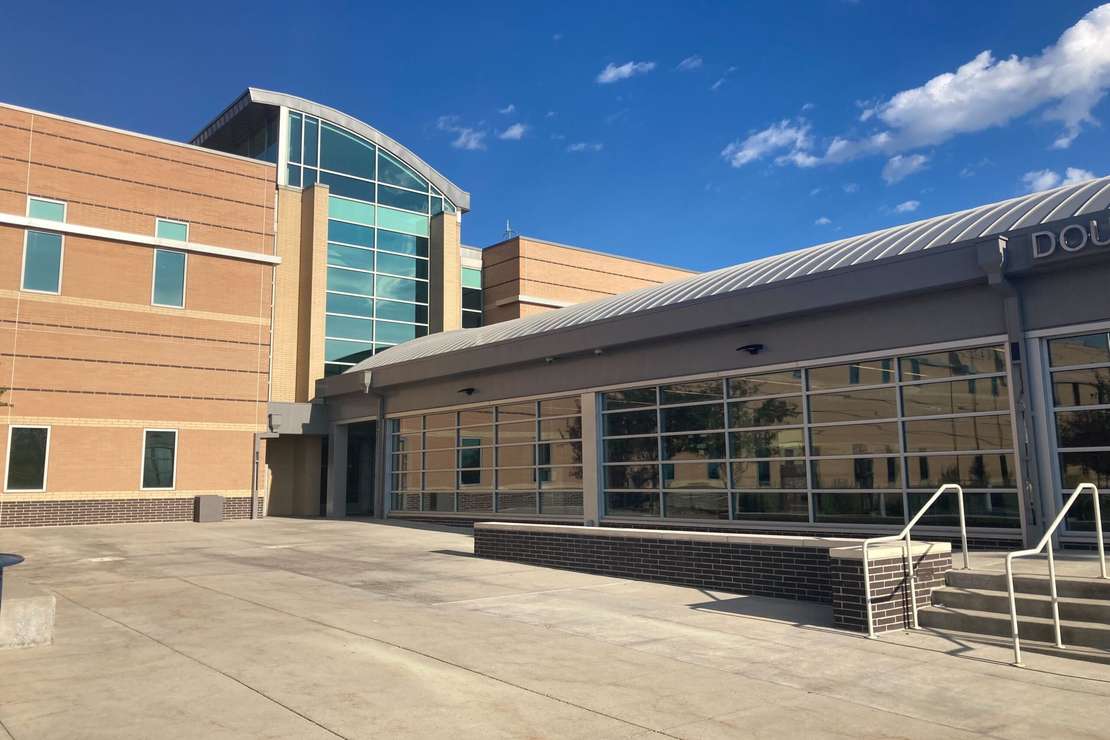 How many lies can one district attorney tell to a jury in a criminal case without repercussion? If you followed the trial of Cynthia Abcug, the answer is: countless. It’s my opinion that many of those lies led to the conviction of the defendant for both medical child abuse and conspiracy to kidnap. You can read about the details in previous reporting in the link at the bottom of this article.

Prosecutor Gary Dawson made many false statements about the defendant and basic facts. But perhaps the weirdest attack he threw at her was pointing out to the jury her Twitter posts that highlighted the connection between foster care and child trafficking. Dawson, pretending to be Perry Mason, would hand Abcug tweet after tweet where she accused the county of stealing her son illegally as if it’s some kind of crime to have an opinion that CPS steals kids without due process. (They do.)

Some of her tweets connected foster care to child trafficking, and Dawson reacted as if she had written that reptilian aliens stole her son. Dawson is supposed to represent the law and be “tough on crime,” yet he spent about a half hour on the record denying that America has a problem with trafficking kids through foster care.

LIE #2: Kids are NOT trafficked through foster care!

Let’s review the facts about foster care and child trafficking:

The U.S. State Department report on human trafficking from 2019 says, “In the United States, traffickers prey upon children in the foster care system. Recent reports have consistently indicated that a large number of victims of child sex trafficking were at one time in the foster care system.” Those “large numbers” have been reported as high as 60%.

The U.S. House of Representatives wrote a law attempting to stop trafficking in foster care called the Preventing Sex Trafficking and Improving Opportunities for Youth in Foster Care Act, which aims to reduce the massive number of foster youth in trafficking. But Gary Dawson must think the State Department is run by QAnon because he doesn’t believe this conspiracy theory that says kids in foster care get trafficked. That’s a CRAZY QANON CONSPIRACY, he continued to insinuate, eyes wide and unblinking.

LIE #3: The court system is awesome and not corrupt at all!

It seemed like Dawson was trying to do his best to make the judge hate the defendant. Judges hate it when people accuse their brethren in black of being less than holy arbiters of truth and justice. Meanwhile, two judges just got ordered to pay $200 million for selling kids for cash. Operation Greylord in Chicago caught 17 or so judges fixing cases. A Missouri judge personally threw children in jail, acting as a police officer, when they wouldn’t go live with their mother as he ordered. Twice. Thirty-one judges recused themselves from a suit in Missouri after PJ Media caught Chief Judge Michael Burton colluding with attorneys to help the defendant in the case.

The court system and the children’s welfare system ARE corrupt. Come at me, bro.

If Dawson wants to pretend that the court system in America is above reproach, he can do that when he’s playing make-believe in the mirror that I imagine he stands in front of practicing his mythological arguments in coordination with his expressive eyebrow positioning, but he should be restrained from lying inside a courtroom (by force if necessary). When he spun these fairytales in front of low-information jurors, the defense didn’t even object to this line of questioning that violated Abcug’s First Amendment right to speak out AGAINST THE GOVERNMENT.

The defense then failed to offer the jury proof of the things Abcug posted! It took me five minutes to pull up news article after news article showing the corruption in foster care and the courts. Abcug’s public defender just let it go. The jury had no choice but to believe that this claim of hers about foster care and sex trafficking was some paranoid QAnon fantasy instead of stone-cold reality.

Abcug’s right to berate the government agencies and people involved in removing her son from her care without due process publicly on Twitter is why the First Amendment was written. Prosecutors using that right to convict someone of a crime is a gross violation of the defendant’s right to free speech. It shouldn’t have been allowed, and I can’t come up with a reasonable explanation for why the defense did not object.

LIE #4: No one makes millions of dollars on the child welfare system!

“You said you got documents that prove that people got paid millions of dollars,” Dawson said incredulously. For some reason, the defense didn’t use the documents I FOIA’d that showed the psychologist, James Baroffio, hired by Douglas County to give Abcug a psychological exam, made over $400,000 in 2018 from Douglas County DHS, and $28,000 of that in one month. Douglas County wasn’t the only county Baroffio was working for. PJ Media found other contracts Baroffio had with several other counties as well. At that rate, the good doctor could make millions easily. But the defense failed to bring it up and allowed Dawson to make Abcug appear to be a liar, again. 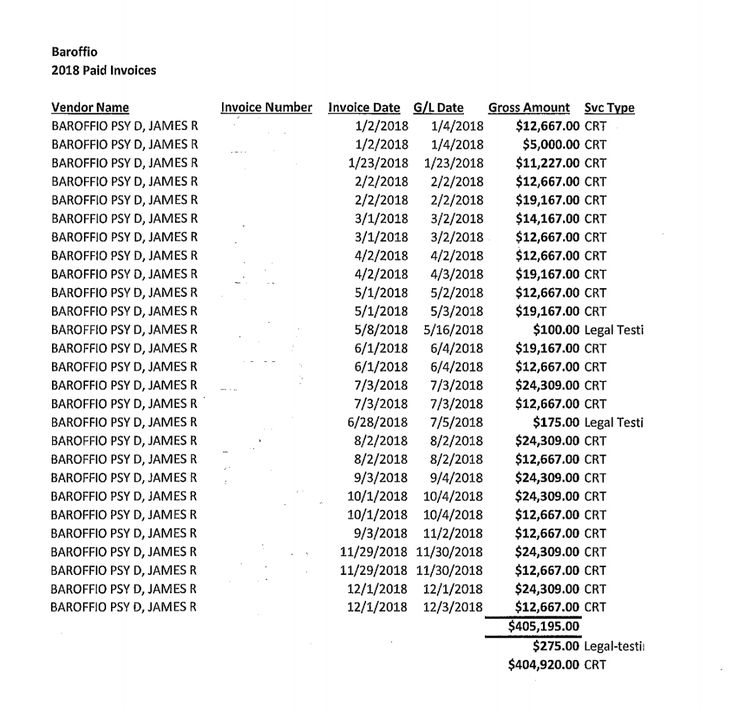 People do make millions off the child welfare system. It’s not disputed. But Dawson portrayed Abcug as a crazed liar even though nothing she said was false.

Lie #5: You look guilty if you raise money to fight the government that has unlimited resources to bury you.

“You also asked people for money!” accused Dawson. Is that a crime? Abcug was involved in the legal battle for her son. She is a single mom who gave up her high-paying job to move out of state and seek medical care for her son who the doctors told her needed help.

“I didn’t know it was illegal to make a GoFundMe,” said Abcug. She’s right. It’s not. It was just a low blow by the prosecutor to make her seem like she was profiting off her situation. The truth is, she never did raise enough for the proper team of lawyers that she needed. Finding a lawyer to fight for you in family court is next to impossible. Families involved in this nightmare report that most family law attorneys just phone it in, and even a little effort costs big money.

LIE #6: Cynthia Abcug used the wrong word once, so she’s a liar.

Dawson also misrepresented Abcug’s statements in an online interview that she had “gotten a judge and a lawyer kicked off her case.”

Abcug tried to explain that she did have Judge Moss removed after filing complaints, but she didn’t remember what happened with the lawyer, so she assumed she got it wrong. But as he was grilling her, I remembered the story of the first lawyer who “withdrew” from the case.

While it’s true that the lawyer did withdraw, she only did so after PJ Media reached out to her and asked her why she was refusing to withdraw from the case after the client asked her to multiple times. When an attorney is on the record in the court system, a litigant can’t hire a new attorney until the old one withdraws. Fletcher wasn’t responding to Abcug and was refusing to file anything to help her get her son back. This was the attorney the county appointed to Abcug in her custody dispute with DHS.

The day after PJ Media reached out to Fletcher, she withdrew. It’s accurate to say Abcug forced her off the case using the tools she had available: an interested journalist. But Dawson made her look like a liar because she said “kicked off” instead of “withdrew.” There was no other context given. It was petty and low, which describes his entire case.

LIE #7: QANON is a real group with real criminals that the government is very concerned about.

Dawson played on the fears of the jury with constant references to “QAnon,” even though there is zero evidence that anyone involved in this story had any ties to any group called “QAnon,” which Dawson knows very well doesn’t exist. Dawson even made sure the jury had a police escort everywhere they went and made sure to gesture at the crowd in the gallery and insinuate that we were scary “QAnon” cult members. It wouldn’t surprise me to learn that the jury members were truly scared they would be hunted by “QAnon.”

While “QAnon” never existed outside of a message board on 8kun, what did exist was the “Children’s Crusade,” the “Pentagon Pedophile Task Force,” and “E Clause” run by the people who lured several desperate mothers into danger and jail time and no one seemed to want to know why. Not Dawson, who never tried to charge anyone else in this “conspiracy” other than the mom who was lied to and swindled. Not the Douglas County police, who called Ryan Wilson (the prosecution’s alleged unindicted co-conspirator) one time, and when he declined to be interviewed, they dropped it. No one seems to want to know who the Children’s Crusade was and what they were up to. Today, it’s as if they don’t exist. The YouTube channels are all gone or inactive. Almost all reference to them online seems to have been scrubbed. The last video E Clause put out was a year ago.

It is enough for Gary Dawson, who denies sex trafficking in foster care with a straight face, to put a mom in distress in jail and pretend he did something tough on crime. Meanwhile, the Children’s Crusade and all their many identities are still out there able to prey on others. Gary Dawson and other incurious prosecutors like him are the reason society is losing faith in institutions.

You can read about the details in previous reporting here.