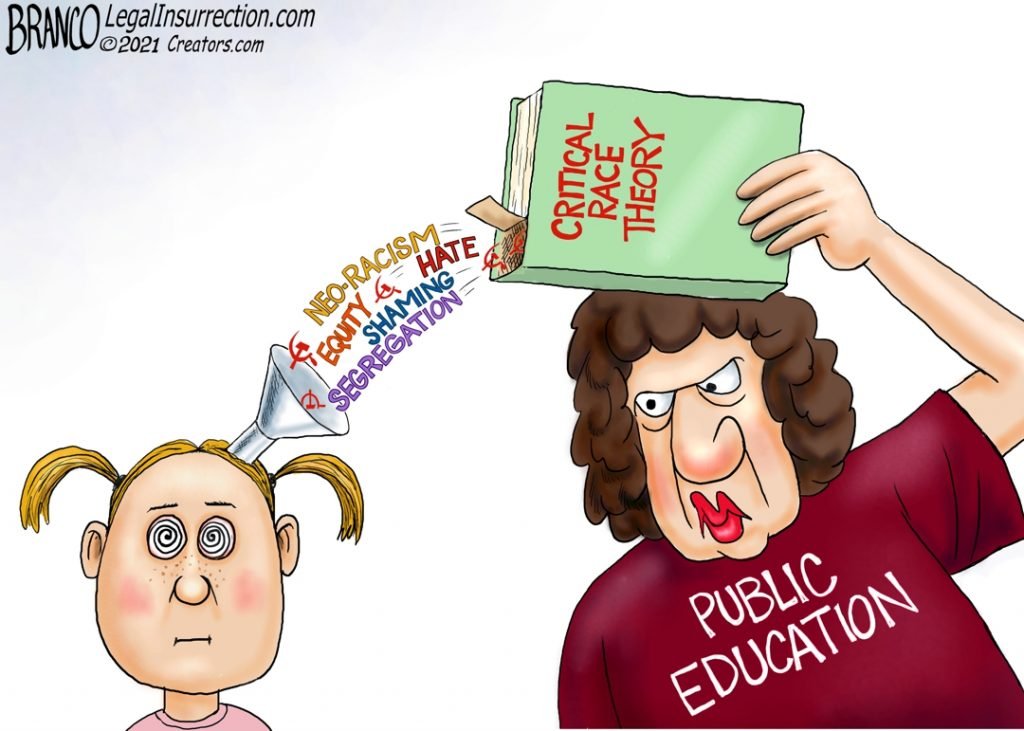 Oklahoma officials are calling for teachers pushing Critical Race Theory (CRT) to leave the classroom after an Oklahoma teacher spoke out against the states’ education law following her resignation.

Summer Boismier quit her high school teaching position at Norman Public Schools in Norman, Oklahoma, after she shared a QR code in her classroom linking students to “Books Unbanned,” a program through Brooklyn Public Library, that allowed students to access books prohibited from being taught by a state law. The law, HB 1775, prohibits teaching that one race or sex is superior to another, with the intent to prevent the teaching of CRT and certain elements of gender ideology.

Norman Public Schools, where Boismier taught, found the list of books accessible through the link Boismier shared to be in violation of the law, and suspended Boismier. Oklahoma Education Secretary Ryan Walters argued in an interview with the Daily Caller News Foundation that Boismier’s actions violated House Bill 1775, and that Boismier and other like-minded teachers should seek different careers.

“Great teachers don’t try to indoctrinate kids,” Walters told the DCNF. “We passed the bill to ensure that if that’s your goal, if your goal is to indoctrinate kids, you need to find another job. Our goal as a state is to empower parents and their kids’ education and to equip and attract the best and brightest into the teaching profession.”

Boismier posted a QR code with a sign that said “definitely don’t scan this” in her classroom on the first day of class, KOKH reported. When scanned, the QR code took students to Brooklyn Public Library’s program for “Books Unbanned”; once at the site, students could sign up for an e-library card where they could access books banned from classrooms under state laws.

Books on the website include, “Gender Queer: A Memoir,” which discusses a child’s experience with sexual orientation, “Stamped: Racism, Anti-Racism and You,” a book that focuses on anti-racism and the origin of racist thoughts, and “All Boys Aren’t Blue: A Memoir Manifesto,” a story about a black, queer boy that covers sexual orientation and gender identity.

A parent complaint regarding the QR code caused the school to put Boismier on leave, but she was invited back to the classroom for the first day of classes, KOKH reported. However, Boismier decided to quit her job Thursday.

“I will say that the district did offer me back my job, allowing me back in the classroom as of tomorrow morning,” Boismier said in a statement to KOKH. “However, there were some fundamental ideological differences between myself and district representatives that I just couldn’t get past. HB 1775 has created an impossible working environment for teachers and a devastating learning environment for students. For the second year in a row, students at Norman High will be without a certified English teacher for a substantial amount of time. The fault for that lies with Governor Stitt and Republican state leadership.”

The American Civil Liberties Union (ACLU) voiced their support for Bosimier and her right to free speech in a statement to KOKH.

“The chilling effect on classroom curricula in Oklahoma created by the vagueness in the language of HB1775 will continue to impact the integrity of Oklahoma’s education system for years to come,” the group said. “Every young person should be able to read and learn about the history and viewpoints of all communities.”

Republican Oklahoma Gov. Kevin Stitt signed HB 1775 into law in May 2022. If a teacher wants to promote theories the law prevents, Oklahoma is not the state for that, Stitt’s communications director Carly Atchinson told the DCNF.

Boismier’s actions are not what Walters believes is acceptable of a teacher in Oklahoma, he told the DCNF.

“The best and brightest and good teachers do not want to indoctrinate kids; that goes against the very fabric of what it means to be a good teacher,” Walters told the DCNF. “If that’s what a teacher is trying to do, they’re not a good teacher. In the state of Oklahoma, we want teachers that are there to empower students, not indoctrinate them or brainwash them.”

Boismier and Norman Public Schools did not immediately respond to the DCNF’s request for comment.

Who needs another subscription service? Walmart is betting its millions of customers do
Mortgage refinancing drops to a 22-year low as interest rates surge even higher
‘Doctors Never Warned Me of Side Effects’ With Hormone Therapy and Breast Implants, Detransitioner Says
Matt Walsh Holding ‘Rally To End Child Mutilation’ in Tennessee
Biden Threatens To Investigate Oil Companies If They Raise Gas Prices During Hurricane Ian