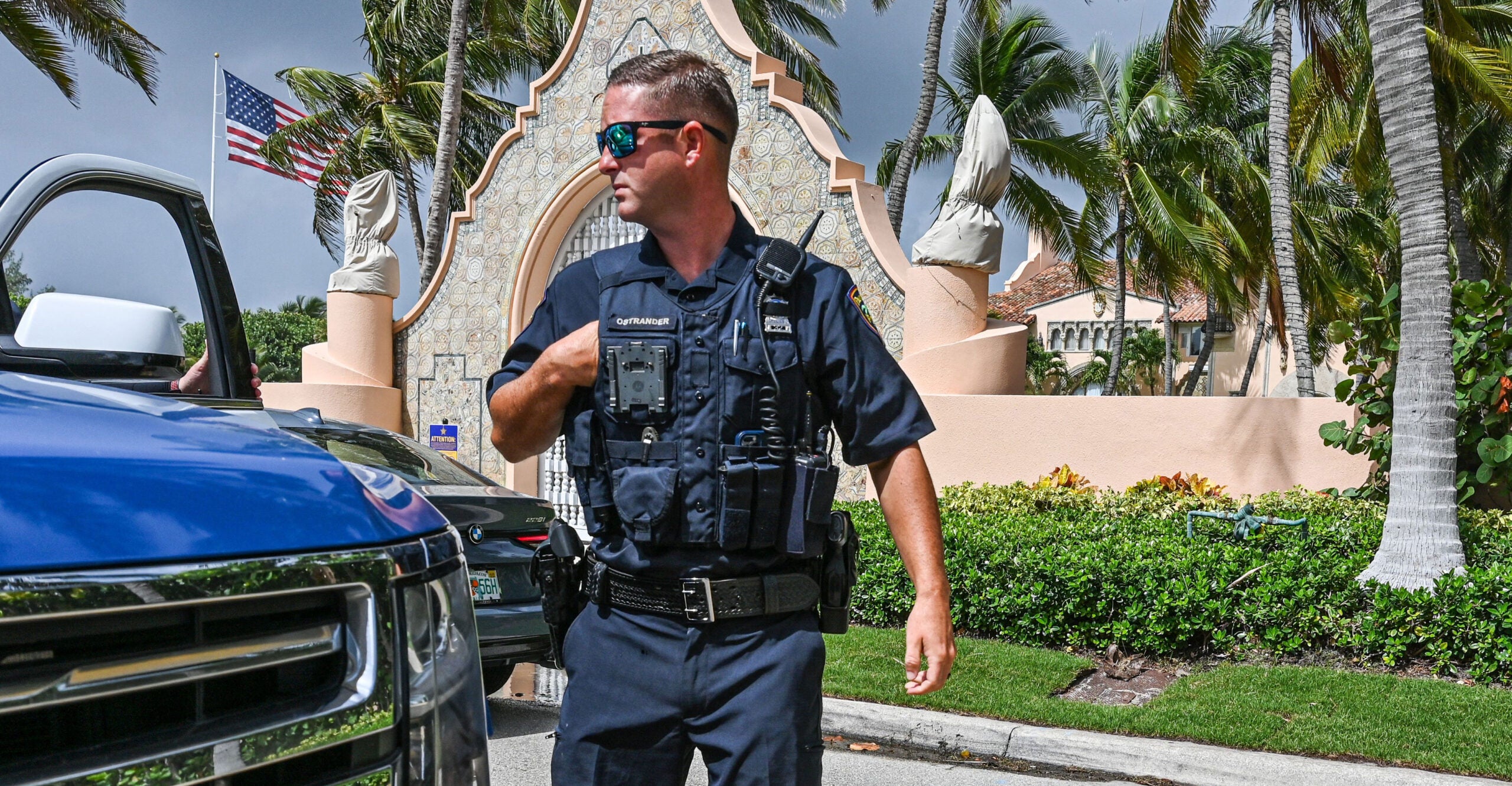 Unless you’ve been living under a rock, you know that on Aug. 8, the FBI took the unprecedented step of executing a search warrant at former President Donald Trump’s Florida home, Mar-a-Lago.

Despite claims by some that they have “seen no evidence that there was any political motivation” behind the raid, many remain skeptical—especially given its unprecedented nature and the FBI’s prior troublesome actions involving Trump and officials in his administration.

After all, an FBI lawyer plead guilty to altering a document that was later used to obtain a warrant to spy on a Trump campaign aide, and it appeared to many that the FBI broke normal protocols and essentially set a perjury trap for Trump’s national security adviser Michael Flynn.

Then there’s the double standard that appears to be in play, considering that former Secretary of State Hillary Clinton faced no legal repercussions for sending and receiving classified information on her own, very vulnerable home-brew computer server.

So, what was the FBI looking for at Mar-a-Lago? We can’t be precisely sure, but we know that the dispute essentially centers on whether Trump retained documents that he shouldn’t have once he left office.

The warrant, which the FBI obtained from a magistrate judge, “describes the material that was being sought, the locations they were likely to be found, and the crimes to which that material would pertain.”

As previously explained, the “warrant delineates three potential crimes: misuse of national defense information (18 U.S.C. § 793, which is part of the Espionage Act); obstruction of justice by destroying, altering, or falsifying records in connection with a federal investigation (18 U.S.C. § 1519); and concealing, removing, or destroying protected federal documents (18 U.S.C. § 2071).”

But it doesn’t provide much insight into the investigation beyond that. That’s why several news organizations asked the federal magistrate judge who signed the original warrant to release the affidavit that goes along with it.

A search warrant affidavit is simply a sworn statement by a law enforcement official—in this case an FBI agent—describing in more detail the crimes being investigated and why that official thinks probable cause exists that evidence of those crimes would be found at a specific location.

As expected, the redactions are heavy and, as a result, the affidavit reveals little information about the investigation beyond what was already publicly known. In fact, even most of the FBI’s justifications for redacting certain information are themselves redacted.

But in a memorandum the Justice Department submitted to the judge, the department broadly identifies protecting witnesses, maintaining the integrity of the investigation, protecting grand jury material, protecting the safety of law enforcement personnel, and maintaining appropriate privacy for the targets of any investigation as the primary reasons for the redactions.

Still, the unredacted portions of the affidavit do contain a few nuggets of information.

It states that the 15 boxes of documents that Trump and his team turned over to the National Archives and Records Administration on Jan. 18 appeared to “contain National Defense Information (NDI) … and were stored at [Mar-a-Lago] in an unauthorized location.”

The affidavit also alleged that these “highly classified documents” were “intermingled with other records” and that “fourteen of the FIFTEEN BOXES” contained documents with “classification markings.”

The agent also listed other classification markings that were contained on the documents.

Of course, the markings on those and other documents aren’t necessarily dispositive of their classification status. As the Supreme Court has explained, a president has the constitutional authority to unilaterally classify and declassify most executive branch documents.

Trump and his counsel argued as much in a May 25 letter to the chief of the Counterintelligence and Export Control Section of the Department of Justice’s National Security Division, and a former Trump adviser, Kash Patel, asserted that Trump had, in fact, declassified any documents found at Mar-a-Lago.

The FBI agent included this information in the affidavit and even noted that Trump’s counsel had requested that the Justice Department “provide this letter [from him explaining his view that a president has absolute authority to declassify documents] to any judicial officer who is asked to rule on any motion pertaining to this investigation, or on any application made in connection with any investigative request concerning this investigation,” which the agent did, attaching the letter as an exhibit to the affidavit.

The next several pages in the affidavit are redacted, which presumably are—though we can only speculate—the Justice Department’s response to those legal and factual claims.

It has also recently come out, according to reports, “that President Biden authorized the National Archives and Records Administration to reject any executive privilege claims that former President Donald Trump might use to stop the Justice Department from accessing classified documents stored at his Mar-a-Lago estate.”

That cleared the way for the Justice Department’s review of the documents, and ultimately for the raid on Trump’s estate.

The FBI appears to have seized 27 boxes of documents and several other items, though the property receipt the agents submitted only vaguely describes the contents. And despite claims from the media—based, of course, on (selective) leaks from confidential sources—that the documents contained “nuclear secrets” and dire warnings that our country’s “most sensitive secrets” could be compromised, we don’t really know what the documents contain.

For their part, Trump and his team claim that the FBI seized attorney-client privileged documents and documents protected by executive privilege, and they are seeking the appointment of a special master—an independent third party working for the court—to determine which documents should be returned to them without the government first reviewing them.

The government says that it has implemented a “taint team” composed of agents and officials not working on the case to perform essentially the same function—though those individuals still work for the FBI and Justice Department.

Regardless, the wrangling over the raid and the documents is far from over, and we can only reiterate here what we have said before: Buckle up! It’s going to be a bumpy ride.