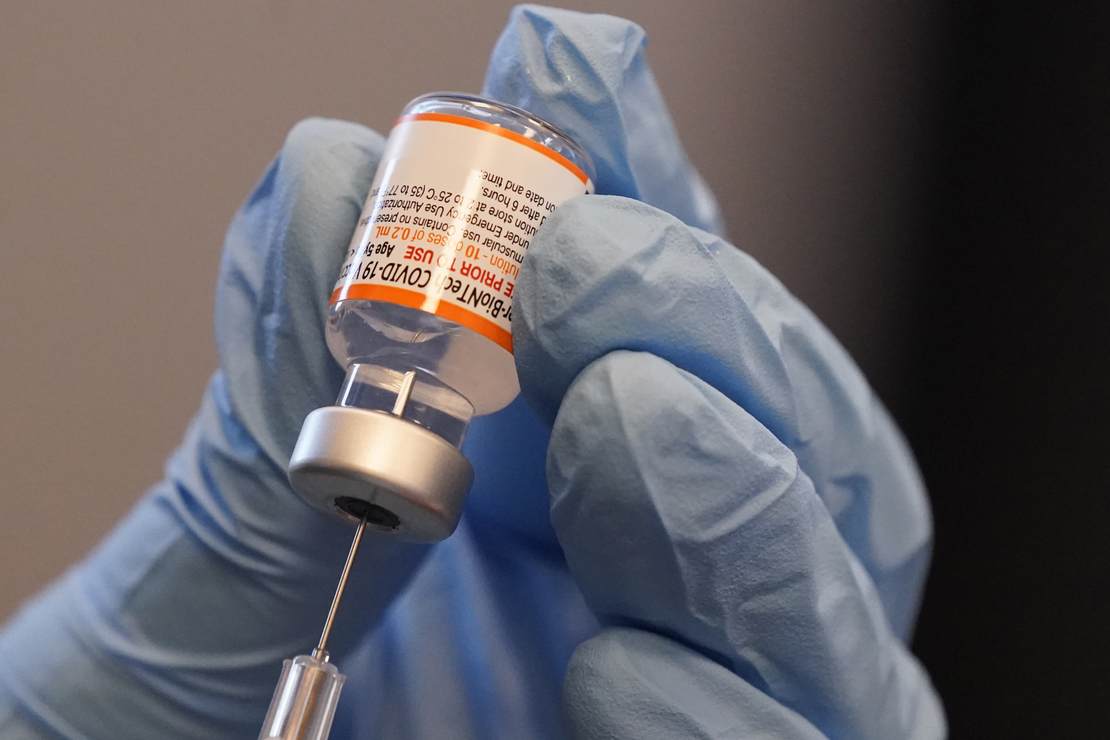 The anti-vax hits just keep on coming! On Wednesday, I wrote ‘Anti-Science Nutjobs’ Right Again: Majority of COVID Hospitalizations, Deaths in 25 States Were Vaxxed, in which we learned from an exclusive story by The Epoch Times that people who bent their knees, raised their sleeves, and took the vaccine are, in many cases, leading the COVID-19 numbers in three metrics: new cases, hospitalizations, and deaths related to the Bat Stew Flu.

The Epoch Times has yet another gut punch to the big pharma giants that are witch-brewing COVID vaccines, and it reads like a conspiracy theorist’s winning lotto ticket.

A group of independent German scientists has found that major pharmaceutical companies — including AstraZeneca, Pfizer, and Moderna — “without exception” are producing vaccines containing toxins, most of which are metallic.

The “Working Group for COVID Vaccine Analysis,” which made the horrific discoveries, consists of 60 people including doctors, microbiologists, chemists, physicists, and alternative healthcare practitioners. Psychologists and lawyers also support them.

Though the findings are preliminary, the report is damning. It begins with the following:

The COVID-19 vaccination programmes must be stopped immediately

The German Working Group for COVID Vaccine Analysis has made its initial findings publicly available in a wide-ranging report:

1. Toxic substances were found in all of the samples of COVID-19 vaccines – without exception.

2. The blood samples of all the people who had been vaccinated showed marked changes.

3. The greater the stability of the envelope of lipid nanoparticles, the more frequent are vaccine side effects.

Some of the “toxic substances” the German scientists discovered are not even listed in the manufacturers’ ingredients.

Related: Biden Brags ‘We’re the Only Country in the World’ Giving COVID Vaccines to Children

These are the metallic elements found by the Germans:

People formerly known as conspiracy theorists will jump on the next finding since it indicates how the vaccine changed the blood of every person who took the shots, including changes that can alter organs. The researchers remind us that this was a small sample of 60 people, and more research needs to be conducted.

Is there a change in the blood as a result of COVID-19 vaccinations?

Comparative analyses based on image analysis using artificial intelligence. A primary attempt to present the blood of vaccinated and unvaccinated people indicates that there are changes in the blood. This is illustrated by artificial intelligence (AI) trained using the images of the blood of the vaccinated and unvaccinated. Whether this will continue to be the case, or for how long after vaccination, remains unknown; as of 1.5.2022, the sample size is still too small for this. Because the changes have been shown in every case in this small sample, and because of the potential significance of the fact that under certain circumstances a human organ could be changed by COVID-19 vaccination, we therefore appeal to others in the scientific community to check the results before we publish the definitive results.

The new report isn’t the only study with such findings.

Dr. Janci Lindsay, a toxicologist who was not working on the German study, told The Epoch Times that the new report will “build on the work of other researchers in the international community who have described similar findings, such as Dr. Young, Dr. Nagase, Dr. Botha, Dr. Flemming, Dr, Robert Wakeling, and Dr. Noak.”

“The number and consistency of the allegations of contamination alone, coupled with the eerie silence from global safety and regulatory bodies, is troublesome and perplexing in terms of ‘transparency’ and continued allegations by these bodies that the genetic vaccines are ‘safe,’” Lindsay continued.

CONSPIRACY-O-RAMA! Page 13 of the report shows microphotographs of blood samples that reveal “unusual phenomena and objects found in the blood of subjects vaccinated.”

The study listed two more important findings: 1) blood samples from the vaccinated revealed “marked changes” and 2) more side effects were observed in direct proportion to the “stability of the envelope of lipid nanoparticles.”

Marked changes in blood? What does that mean? The report continued:

Dr. Lindsay went on to say that the findings, though preliminary and not yet peer-reviewed, are difficult to conduct and publish, thanks to a “censored climate.”

It should be acknowledged of course that [German Working Group’s] work is described as ‘Preliminary Findings,’ not yet published in a peer-reviewed journal and that chain of custody as well as the identity of many of these scientists is unknown. However, in this heavily charged and censored climate when it comes to any challenges to the ‘safety and efficacy of the genetic vaccines, I myself can attest to the difficulties in conducting the basic research, much less publishing that same research in a peer-reviewed journal, in order to get at these questions as well as disseminate the findings.

To the Parents of Trans Kids: Lobotomies Were Once a Fad, Too
The Predicted Flameout of Beto O’Rourke and Stacey Abrams
‘Doctors Never Warned Me of Side Effects’ With Hormone Therapy and Breast Implants, Detransitioner Says
FLASHBACK: 3 Paul Krugman Rules for ‘Bidenomics’ That Self-Destructed in 2022
MSNBC Whines Sinema & McConnell Said Nice Things to Each Other