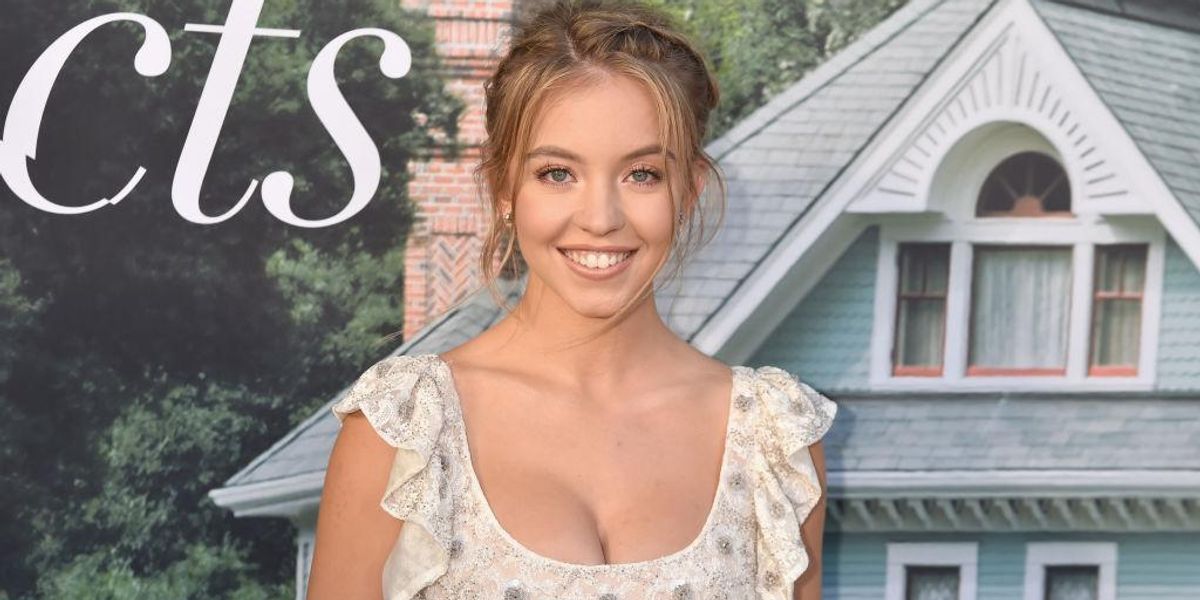 Sydney Sweeney is an up-and-coming Hollywood actress with 49 acting credits already at the age of 24. However, her fans turned on the star of the HBO show “Euphoria” on Saturday after Sweeney shared photos of her mother’s birthday party on social media. Liberals attempted to cancel Sweeney because guests at the birthday party were wearing “Make America Great Again” inspired hats and a “blue lives matter” shirt.

Sweeney shared photos on Instagram of the party – which included line dancing, a mechanical bull, and ax-throwing.

In one of the photos, a man is seen wearing a “thin blue line” or “blue lives matter” t-shirt as he gleefully hugs Sweeney’s mother and grandmother.

u201cKinda funny how Sydney Sweeney carefully curated her IG post so that none of the MAGA-inspired hats were seen and then her dimwitted brotheru2019s post blew it all up. ud83eudd21ud83eudd20u201d

Then cancel culture took over on social media. On Saturday, “Sydney Sweeney” was trending on Twitter because fans of the celebrity were furious that guests at her mother’s birthday party were possibly conservative.

One person wrote on Twitter, “She’s a white woman from America, idk why the internet is so outraged when she is quite literally doing what white women from America do.”

Someone tweeted, “Idk why everyone’s surprised? All those times you’ve seen her and not known she was raised by Republicans?”

Others insinuated that the family was involved in the Jan. 6 riots at the U.S. Capitol building or that they look like they use racial slurs. Some commentators called her family “trash” and “inbred.” Others demanded that the actress “delete” the photos. One Twitter user said that Sweeney deserved “lashings.”

The backlash from the Twitter reactions caused Sweeney to have to release a statement about the attire of people at her mother’s surprise birthday party.

Sweeney wrote on Saturday night, “You guys this is wild. An innocent celebration for my mom’s milestone 60th birthday has turned into an absurd political statement, which was not the intention. Please stop making assumptions. Much love to everyone and Happy Birthday Mom!”

u201cYou guys this is wild. An innocent celebration for my moms milestone 60th birthday has turned into an absurd political statement, which was not the intention. Please stop making assumptions. Much love to everyone u2665ufe0f and Happy Birthday Mom!u201d