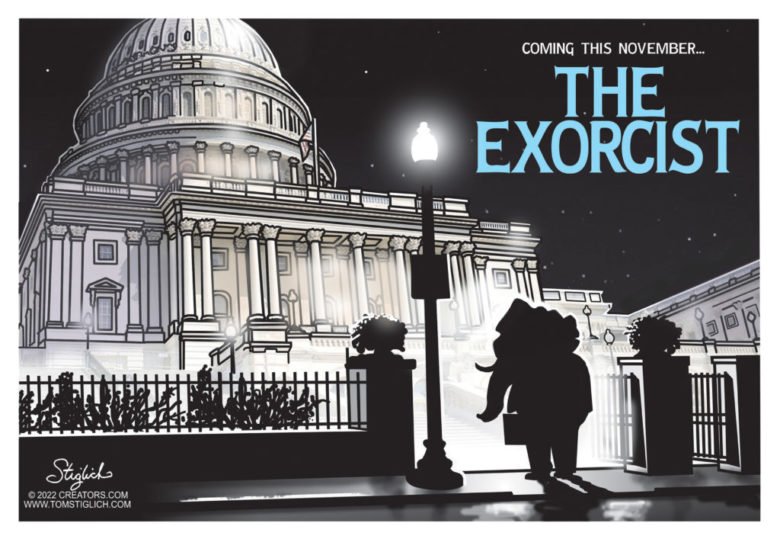 Congressional Democrats have handed Republicans two giant gifts. The deviously dubbed Inflation Reduction Act (IRA), and a worthy-but-failed amendment to it, supply the GOP a pair of tailor-made issues to hurl at tax-loving, tax-hiking, tax-collecting Democrats. Republican nominees should deploy them at once.

These new agents will look beyond Warren Buffett and Mark Zuckerberg. They will ensnare everyday taxpayers and entrepreneurs in stressful, costly, tedious audits.

“The fact is the ‘tax gap’ isn’t just millionaires, billionaires, oligarchs, or whatever the term-of-the-attack is today,” Republican Sen. Mike Crapo told his colleagues. “Small business owners, cash-heavy businesses, and those who can’t afford legal teams are easy targets for the new IRS agents and their audits.”

“The agency audited 382,000 recipients of the EITC in 2018, accounting for 43% of all audits of individuals,” Pro Publica’s Paul Kiel wrote in May 2019. Nationwide, “the counties with the highest audit rates were poor, rural, mostly African American and in the South, a reflection of the high number of EITC claims there.”

“Audits are almost never resolved in a day. From the moment you receive an audit notice to a final resolution (including appeals), you may need two years or longer,” warned Jackson Hewitt tax adviser Jim Buttonow, a 19-year IRS veteran. While mail audits might take a month, face-to-face audits can run three to 15 months.

“The average audit appeals resolution time is 11 months,” Buttonow explained. “If the dispute is only for accuracy penalties, the process can take up to three years.”

Crapo tried to prevent this madness. Distrusting Democrats whose bill claimed that they do not “intend” to audit middle-class taxpayers, his amendment stipulated that “None of the funds appropriated…may be used to audit taxpayers with taxable incomes below $400,000” — President Joe Biden’s promised floor for tax-hike exposure.

Every Republican voted with Crapo.

In their second gift to Republicans, every Senate Democrat killed Crapo’s amendment in a 50-50 tie. Had just one Democrat joined unified Republicans, typical taxpayers would be safe from Kafkaesque audits.

But no! Senate Democrats unanimously declared: Screw these Americans. Grab their money!

Republicans must make these two votes, and the Democrats behind them, world famous. And they should not stop until the very last ballot is counted — sometime around Thanksgiving.