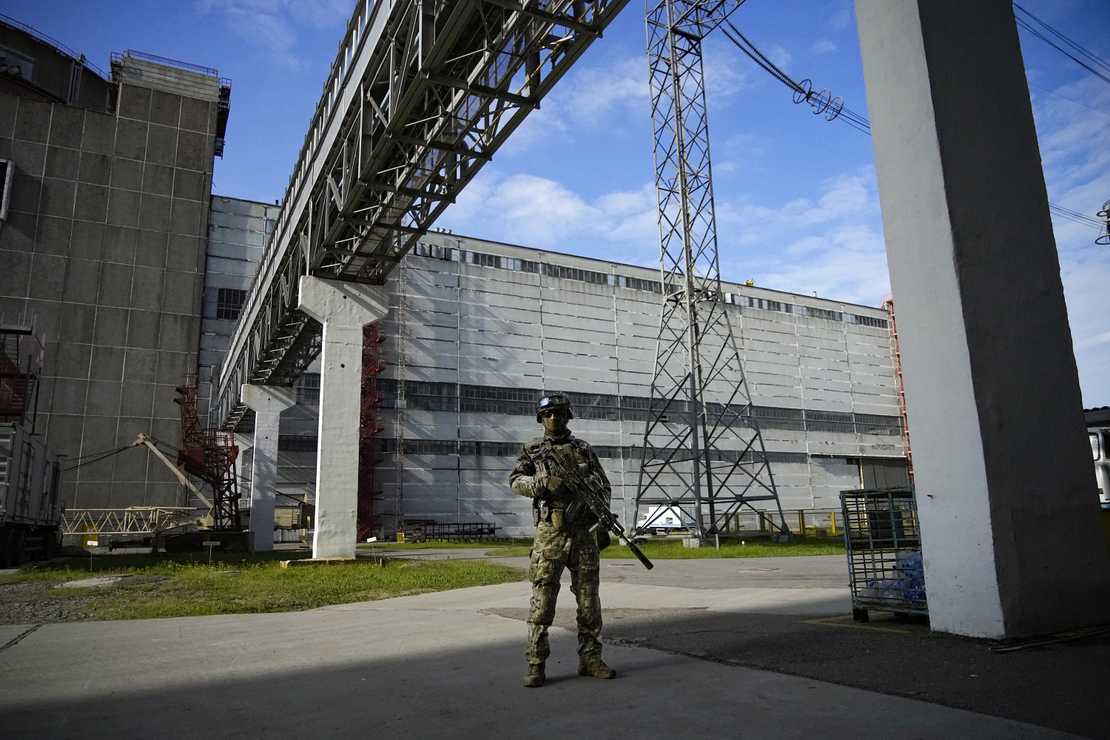 The world came close to a nuclear disaster on Thursday when power was shut off at the Zaporizhzhia nuclear plant in Ukraine. Without power to cool the reactor, the plant relied on three diesel generators to create the power to keep the reactor in check and safety systems online.

Electricity to the plant was restored after a few hours, but the vulnerability of the plant to both sides playing Russian roulette with a nuclear accident pointed to the worrying possibility that one side may cut the safety margin too closely, which could lead to an accident far worse than the 1986 explosion and radiation leak at Chernobyl.

Russia blamed the shut-off on Ukraine’s shelling of the plant, while Ukraine said it was Russia that removed the plant from the power grid. Whatever the reason, it’s disconcerting to know that one well-placed artillery shell that takes out the diesel generators could lead to a serious accident.

It’s a terrifying game of chicken that could blow up in everyone’s face.

Ukraine’s state nuclear company Energoatom said electricity for the plant’s own needs was now being supplied through a power line from Ukraine’s electricity system. It later said one of the plant’s two functioning reactors had been reconnected to that grid.

Vladimir Rogov, a Russian-appointed official in the occupied town of Enerhodar near the plant, blamed Ukrainian armed forces for Thursday’s incident, saying they caused a fire in a forest near the plant.

“This was caused by the disconnection of power lines from the Zaporizhzhia nuclear power station as a result of provocations by Zelenskiy’s fighters,” Rogov wrote on Telegram. “The disconnection itself was triggered by a fire and short circuit on the power lines.”

“The world must understand what a threat this is: If the diesel generators hadn’t turned on, if the automation and our staff of the plant had not reacted after the blackout, then we would already be forced to overcome the consequences of the radiation accident,” Zelensky said during his nightly address.

The International Atomic Energy Agency (IAEA) is expected to visit the Zaporizhzhia nuclear plant next week. The IAEA officials will assess the state of the plant and its safety — as long as Russia allows it.

Lana Zerkal, an adviser to Ukraine’s energy minister, told Ukrainian media on Thursday evening that logistical issues are being worked out for the IAEA team to come to the Zaporizhzhia plant, which has been occupied by Russian forces and run by Ukrainian workers since the early days of the 6-month-old war.

Zerkal accused Russia of trying to sabotage the visit. Ukraine has alleged that Russia is essentially holding the plant hostage, storing weapons there and launching attacks from around it. Moscow, for its part, accuses Ukraine of recklessly firing on the facility.

“Despite the fact that the Russians agreed for the mission to travel through the territory of Ukraine, they are now artificially creating all the conditions for the mission not to reach the facility, given the situation around it,” she said, without elaborating.

Vladimir Rogov, a top official of the Kremlin-installed government of the Zaporizhzhia region, said Friday that Russian authorities are prepared to ensure safety of the IAEA mission when it arrives.

Is Russia crazy enough to bring the plant to the brink of a meltdown and then pull it back in the nick of time? That’s exactly what nuclear officials at Chernobyl did in April of 1986. They were conducting a “safety test” to see how far they could push the limits of the reactor. But human error combined with a design flaw in the fail-safe switch led to a disaster.

When it comes to anything nuclear, we shouldn’t trust the Russians any further than we can throw them.