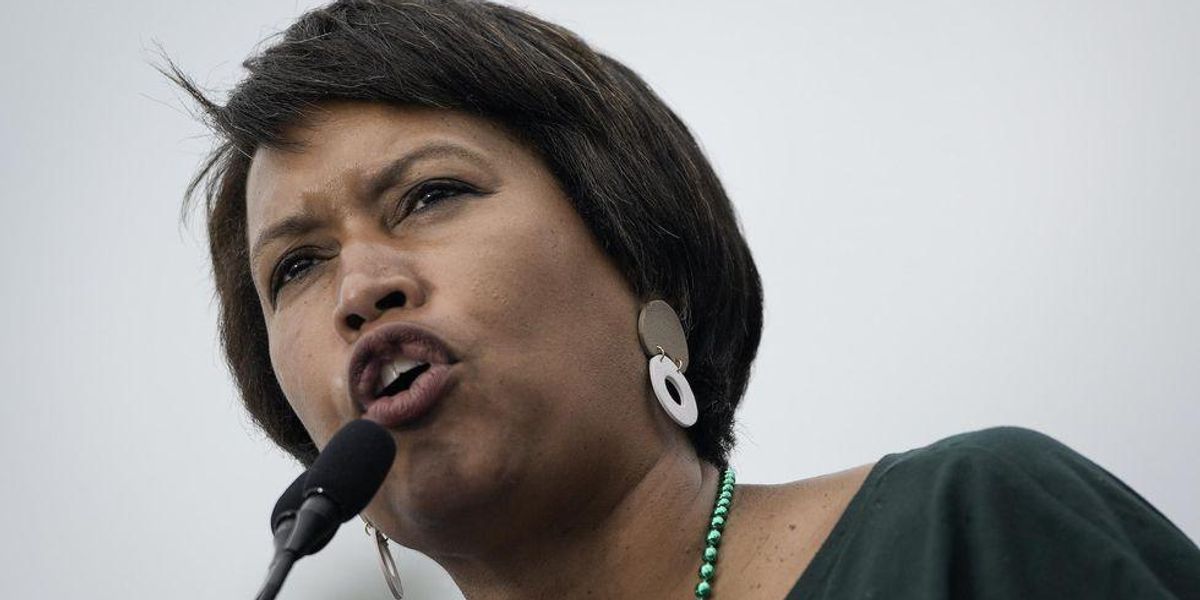 Washington, D.C., Mayor Muriel Bowser, a Democrat, confirmed Thursday that there were no virtual instruction options for unvaccinated students which would leave about 40% of black students without any schooling at all.

Bowser was speaking to reporters in a media briefing when she made the comments.

“They can go to school on Monday. But they need to get their vaccinations,” she said, “and their families will be alerted as to the dates.”

When pressed about online instruction being available to unvaccinated students, Bowser admitted there would be no such opportunity.

“We’re not offering remote learning for children, and families will need to comply with what is necessary to come to school,” said Bowser.

Bowser had been previously confronted by a reporter about the large numbers of black students who remain unvaccinated, and she claimed that the numbers were inaccurate.

“Around 40% of black students in the district are unvaccinated and, therefore, under the district’s current policy regarding schools, will be unable to attend school,” said Daily Signal reporter Douglas Blair. “Why is the district continuing with this policy when it seems to disproportionately impact black students?”

“I don’t think that number is correct,” replied the mayor. “We have substantially fewer number of kids that we have to engage with vaccination. And I explained why it’s important. It’s important for the public health of our students and that we can maintain safe environments.”

However, those statistics came directly from Bowser’s office.

Earlier in August, the U.S. Centers for Disease Control and Prevention eased the social distancing guidance for schools by saying that children exposed to the virus no longer had to test positive before returning to in-person instruction. They also said that they would no longer recommend schools avoid mixing groups of children.

Here’s more about the order from Bowser:


School Masking Policies in DC, Maryland and Virginia: What you need to know | FOX 5 DC

‘Where’s Jackie?’ Biden asks for dead congresswoman in gaffe during speech
When the Washington Post Breaks Out ‘Both-Sidesism’ — Victims of Communism Museum!!
Reid Accuses DeSantis of Owning the Libs Instead of Preparing for Hurricanes
Why Can’t All Republicans Be More Like Ron DeSantis?
Mother Sells Her Six-Year-Old Daughter For Sex, Gets 23 Years In Prison