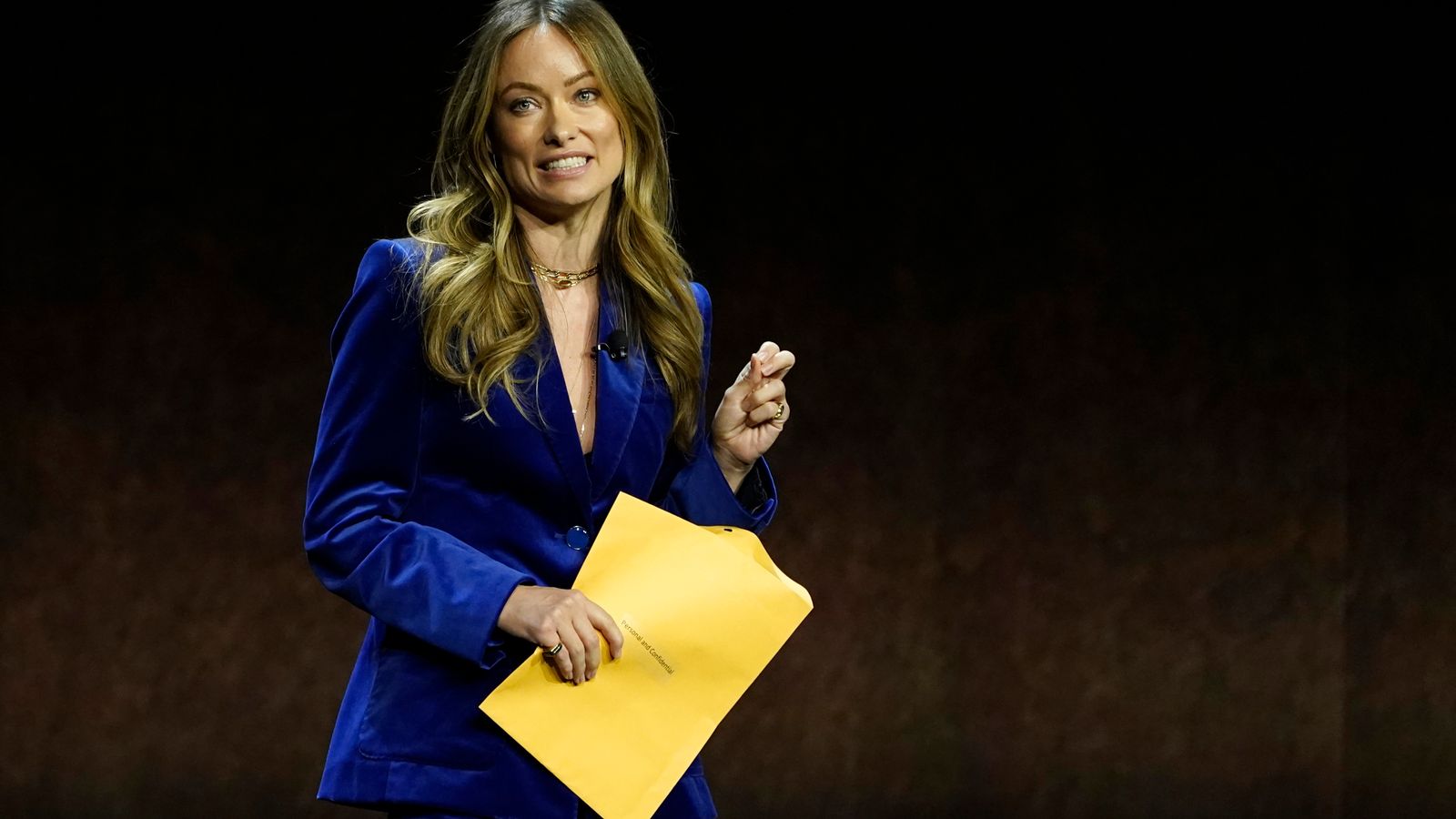 Olivia Wilde has spoken out about publicly being served legal documents on behalf of her former fiance Jason Sudeikis while she was on stage, describing it as “vicious” and “scary”.

The 38-year-old actress and director, who is now in a relationship with Harry Styles, was handed an envelope marked “personal and confidential” at an industry event in Las Vegas in April, as she was promoting her upcoming thriller Don’t Worry Darling.

She has two children with Sudeikis, eight-year-old son Otis and five-year-old daughter Daisy, and earlier in August reportedly won the first part of a custody battle after his claim for the children to live in Brooklyn, New York, was dismissed.

In a new cover interview with US entertainment outlet Variety, Wilde referred to the incident without naming her ex-partner.

“It was my workplace,” she said. “In any other workplace, it would be seen as an attack. It was really upsetting. It shouldn’t have been able to happen. There was a huge breach in security, which is really scary.

“The hurdles that you had to jump through to get into that room with several badges, plus special COVID tests that had to be taken days in advance, which gave you wristbands that were necessary to gain access to the event – this was something that required forethought.”

Footage of the incident showed Wilde appearing surprised after opening the envelope.

The star told Variety the incident took away from the work that everyone had put into Don’t Worry Darling.

“I hated that this nastiness distracted from the work of so many different people and the studio that I was up there representing,” she said. “To try to sabotage that was really vicious. But I had a job to do; I’m not easily distracted.

“But, you know, sadly, it was not something that was entirely surprising to me. I mean, there’s a reason I left that relationship.”

Following the incident at CinemaCon, representatives for Sudeikis, 46, confirmed the documents were related to the jurisdiction of the couple’s children, but said the actor had no prior knowledge of how they would be delivered.

Wilde has been in a relationship with Styles, 28, since casting him in Don’t Worry Darling opposite fellow British star Florence Pugh, and in December 2021 said she was “happier” than she had ever been.

Styles appeared on the cover of Rolling Stone earlier this week, with Wilde also interviewed for the article, in which they addressed negativity from some of his fans.

Speaking about their relationship to Variety, Wilde said: “I’m not going to say anything about it because I’ve never seen a relationship benefit from being dragged into the public arena.

“We both go out of our way to protect our relationship; I think it’s out of experience, but also just out of deep love.”

Sky News has contacted representatives for Sudeikis for comment.

The Fringe with Megan Fox, Episode 103: Up Against the Gender Cult in…Oklahoma?
Video: Mother, teen daughter carjacked in their own driveway after handgun-toting crook apparently waited for them to exit Philly home early in morning
Russia’s Nord Stream 2 Pipeline to Germany Loses Pressure Overnight from 300 to 7 Bars – Cause Unknown
SHOCKER: Bill Gates Met With Trump, Pressured Him Not to Investigate Vaccine Safety
Oil Companies Cut Production As Hurricane Ian Hits Gulf Coast