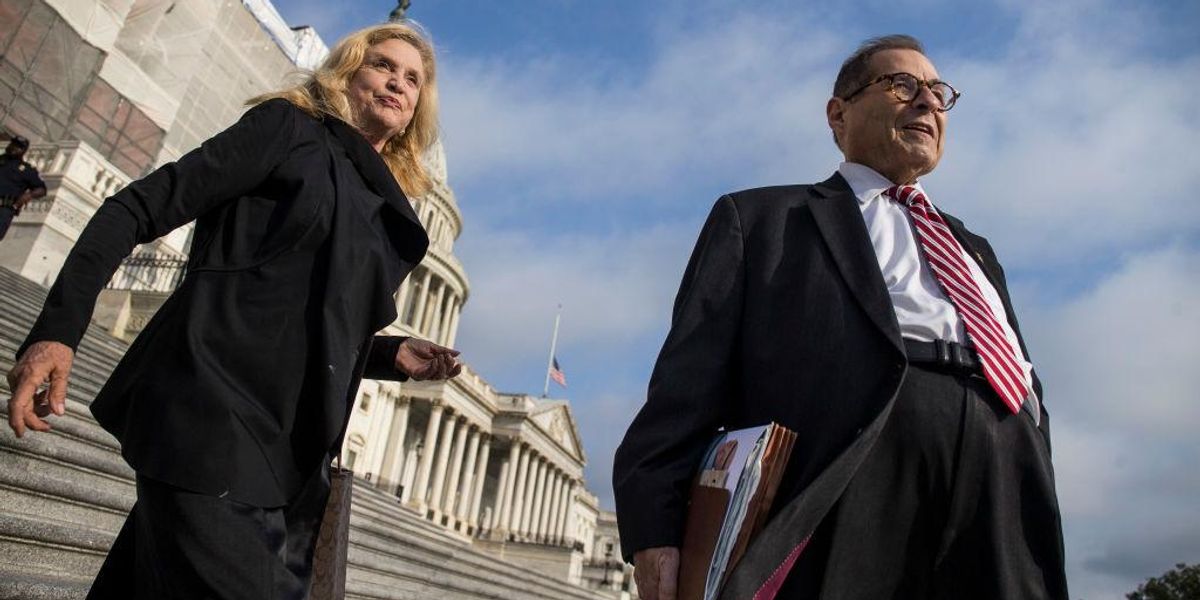 The two legislators ended up running against each other due to redistricting.

“Well New York…we did it! I’m so deeply grateful for your continued support and trust—I promise to keep on fighting for New Yorkers in Congress. Onwards!” Nadler tweeted on Tuesday night.

u201cWell New Yorku2026we did it!nnIu2019m so deeply grateful for your continued support and trustu2014I promise to keep on fighting for New Yorkers in Congress. Onwards!u201d

Republican Michael Zumbluskas will be competing against Nadler during the general election later this year.

“New York has a lot of outstanding leaders but few of them lead with the courage, conviction, and brilliant legislative effectiveness of my friend, Jerry Nadler. Having worked alongside Jerry for years, I’ve watched as time after time, Jerry —a critical partner of mine in the House — was right on the issues years before so many others,” Schumer said in a statement.

Maloney’s loss means that the congresswoman will depart from Congress at the end of her current term after having served 30 years in the U.S. House of Representatives.

“I had the honor of assisting with a Drag Queen Story Hour in New York in April,” Maloney tweeted in June. In April, the congresswoman declared in a tweet that because of the New York Public Library “and programs like Draq Queen story hour, NYC’s next generation are getting a well rounded education about LGBTQ+ issues and gender identity.”

u201cAcross the country, books are being banned, which are depriving our nationu2019s youth. nnBut thanks to @NYPL and programs like Draq Queen story hour, NYCu2019s next generation are getting a well rounded education about LGBTQ+ issues and gender identity. nn@YuhuaHamasakiu201d

What Goes Into Gas Prices at the Pump: Lessons From Across the Oil Supply Chain
Could the Red Wave Actually Be a Tsunami?
Shocking video shows drag queens dressed as Disney princesses performing for children at a brewery, but somehow the ‘family-friendly’ show gets even more disturbing
Republicans Roll Out a New Playbook
Chuck Todd asks Nancy Mace if a GOP House majority would impeach Biden — is literally WOWED by her response