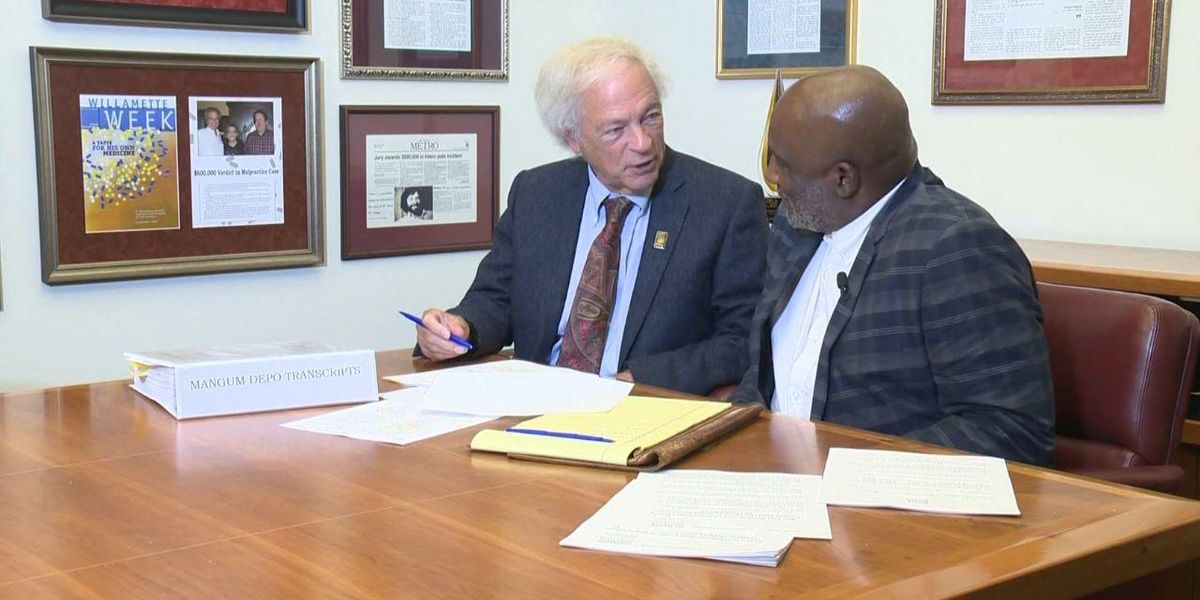 Michael Mangum, an Oregon man, filed a lawsuit against Walmart after claiming an employee “spied” on him while he was shopping. A verdict was reached last week, ordering Walmart to pay Mangum $4.4 million in damages for racial profiling and harassment, reported KGW-TV.

Mangum accused Joe Williams, a Walmart loss-prevention employee, of watching him while he shopped at Oregon’s Wood Village store in 2020. Williams asked Mangum to leave the store, but Mangum refused, claiming he had not done anything wrong. Williams called the police non-emergency phone number and said that a customer was refusing to leave.

According to Mangum’s lawyer, Williams told Mangum that he would lie and tell the police that Mangum had threatened to “smash him in the face.” Mangum stated that he never threatened Williams.

On the phone with authorities, Williams claimed that he was walking by Mangum when “he started flipping out on me.” Williams said that is when he asked him to leave. The lawsuit stated that Williams confirmed to authorities that Mangum was not activating violently and did not appear intoxicated or impaired.

Multnomah County sheriff’s deputies arrived on the scene but “refused to take action against Mangum.” Mangum’s lawyer claimed that Williams had provided “shifting explanations” to authorities and had gained a “reputation for making false reports to police.”

Mangum told KGW-TV, “People of color should be able to go into a store and shop and not be profiled.” The complaint alleged that Williams had intentionally tried to cause Mangum to feel “harassed, humiliated, or embarrassed.”

The day after the incident, the director and the assistant manager of the Wood Village Walmart were approached by MCSO Sergeant Bryan White and an unnamed deputy. According to the complaint, authorities told management that Williams had “provided false information about customers” on previous occasions and that he was “not to be trusted.”

“Walmart knew they had a guy making false police reports, and he stayed on,” stated Mangum’s attorney, Greg Kafoury. “News about this guy went all the way up to the corporate headquarters. Nothing happened.”

Williams remained employed by Walmart following the incident. However, he was terminated several months after for “mishandling $35 of Walmart property.”

The lawsuit fell under a new Oregon law allowing people to take action against someone who summons police with improper intent (ORS 30.845). A Multnomah County jury ordered Walmart to pay Mangum $400,000 in non-economic damages and $4 million in punitive damages.

Kafoury said that his client “lives the same message of self-respect that he teaches to young people, ‘stand up for yourself when you know you’re right.’ Because of his courage, we were able to show the jury an unconscionable failure of responsibility by the world’s largest corporation.”

A senior director for national media relations for Walmart, Randy Hargrove, released a statement to KGW-TV regarding the outcome of the verdict. “We do not tolerate discrimination. We believe the verdict is excessive and is not supported by the evidence,” stated Hargrove. “Mr. Mangum was never stopped by Walmart’s Asset Protection. He interfered with our associates as they were surveilling and then stopped confirmed shoplifters, and then refused to leave despite being asked to repeatedly by our staff and Multnomah County deputies. We are reviewing our options including post-trial motions.”

Body of US climber found after fall from mountain in Nepal
Think the Pro-Transgender Crowd Is in the Majority? Guess Again
Bill Gates Now Shilling ‘Magic Seeds’ Made with His Foundation’s Funding
BREAKING: Joe Biden Vows to “Ban Assault Weapons” in the US
California Teen Arrested for Driving ‘Cloned’ Border Patrol Vehicle