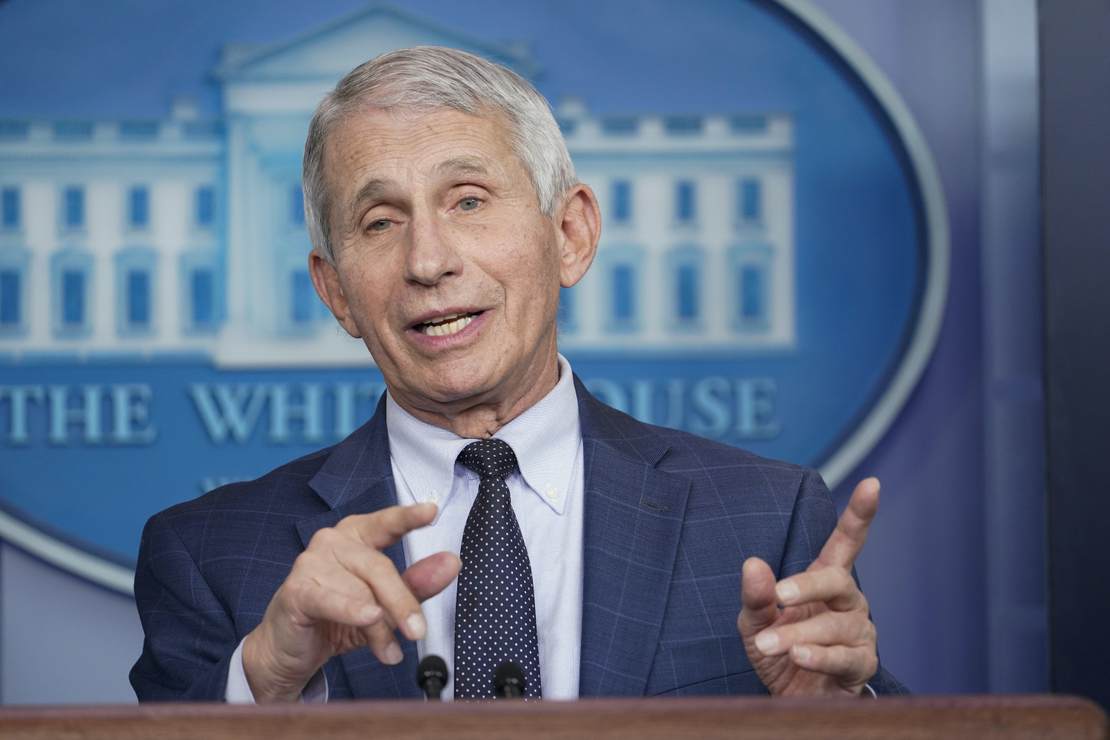 In early 2020, the economy was roaring and Donald Trump seemed like he was on the verge of being reelected. Not even the blatantly partisan impeachment over his phone call with Ukraine President Volodymyr Zelenskyy succeeded in halting his momentum.

But then the COVID-19 pandemic hit and everything changed. The economy was shut down and we were told to mask up, stay socially distant, and, when the vaccines came, get jabbed or be publicly shunned. Election laws were changed unilaterally by Democrat governors and officials nationwide, making our elections susceptible to fraud. You probably couldn’t have planned a better way to thwart Trump’s reelection than a global pandemic.

And behind it all was Dr. Anthony Fauci. Remember “15 Days to Slow the Spread”? How did that work out? That was him; Dr. Fauci was the architect of our nation’s response. While the mainstream media created the narrative that President Trump bore sole responsibility for our nation’s COVID response, Trump did everything Fauci asked him to. It was Fauci’s COVID response, not Trump’s. Remember, Trump didn’t want to shut down the economy. The economy was the key to his reelection. But he did it anyway. Trump did what Fauci advised, and it’s on Fauci that it didn’t work.

And the lockdowns definitely did not work. Sweden chose not to lock down and didn’t suffer any more from COVID than the rest of the world. It’s no surprise that Fauci recently tried to absolve himself of responsibility for our lockdowns.

“I didn’t recommend locking anything down,” he told Batya Ungar-Sargon of HillTV last month. “You’re, you’re asking me questions…you’re talking about…The CDC is the public health agency that uses their epidemiologists and their science-based approach to make recommendations…”

He did, though. In fact, he even bragged that pushing for lockdowns was the “most crucial” recommendation he made to President Trump.

“It wasn’t my decision that I could implement. And when it became clear that we had community spread in the country, with a few cases of community spread — this was way before there was a major explosion like we saw in the Northeastern corridor driven by New York City metropolitan area — I recommended to the president that we shut the country down,” Fauci said. He even lamented that the reason we didn’t limit the spread of COVID was because our shutdown wasn’t strict enough. “Unfortunately, since we actually did not shut down completely the way China did, the way Korea did, the way Taiwan did, we actually did see spread, even though we shut down.”

That Fauci argued that China got it right should tell you all you to know. And it should come as no surprise that Fauci’s rhetoric on lockdowns seems to be as fluid as a radical leftist’s gender identity. Despite lamenting last month that the lockdowns weren’t very effective, earlier this year Fauci claimed “they certainly prevented a lot of infections, prevent a lot of hospitalizations, and prevented a lot of deaths. There’s no doubt about that.”

And then there’s his evolving position on the COVID vaccines. After a year and a half of pushing for universal vaccinations, even for kids who are not at high risk from COVID, Fauci admitted last month that the current COVID vaccines “don’t protect overly well” against infection and that “we need vaccines that protect against infection.” Why would he push for universal vaccinations for kids when he knew the vaccines didn’t protect them well from infection and when kids are overwhelmingly safe from COVID?

And then there’s all sorts of questions about why Fauci sided with China so often. Not only did he praise their style of lockdowns, he publicly refuted the man-made virus theory for over a year. Yet, according to emails released by FOIA request last year, Fauci had been told in the early days of the pandemic that COVID had “unusual features” that “potentially look engineered.” Was his refutation only to cover up his involvement in the funding of gain-of-function research at the Wuhan Institute of Virology? Or was it to help China save face, too?

Fauci even had the audacity to claim that anyone who criticized him was dangerous because he represents “science.” Yet, not only did he repeatedly make bad decisions that seemed to have little basis in science, he also proved himself to be a typical partisan government hack. Last year he was accused of a Hatch act violation for making political statements during the 2020 presidential election.

Looking back at Fauci’s COVID response, it appears that many decisions were either political in nature or meant to enrich Big Pharma. Get Trump out of office and get everyone vaccinated — even if they don’t need it. Meanwhile, recent studies suggest that the lockdowns may kill more people than COVID in the longterm. But you can’t question Fauci, because he represents science!

Luckily, Republicans are poised to win back control of the House and possibly even the Senate, too. When they do, Fauci will have to answer for his mistakes.

“Fauci’s resignation will not prevent a full-throated investigation into the origins of the pandemic,” Sen. Rand Paul tweeted Monday.

Maher Labels Democrats As ‘The Party Of No Common Sense’
BREAKING: Joe Biden Vows to “Ban Assault Weapons” in the US
Senior Biden advisor says ‘MAGA Republican agenda’ is to ‘essentially destroy the United States of America’
White House expected to publish privacy-focused executive order next week
Florida pummelled by one of the most powerful hurricanes in US history