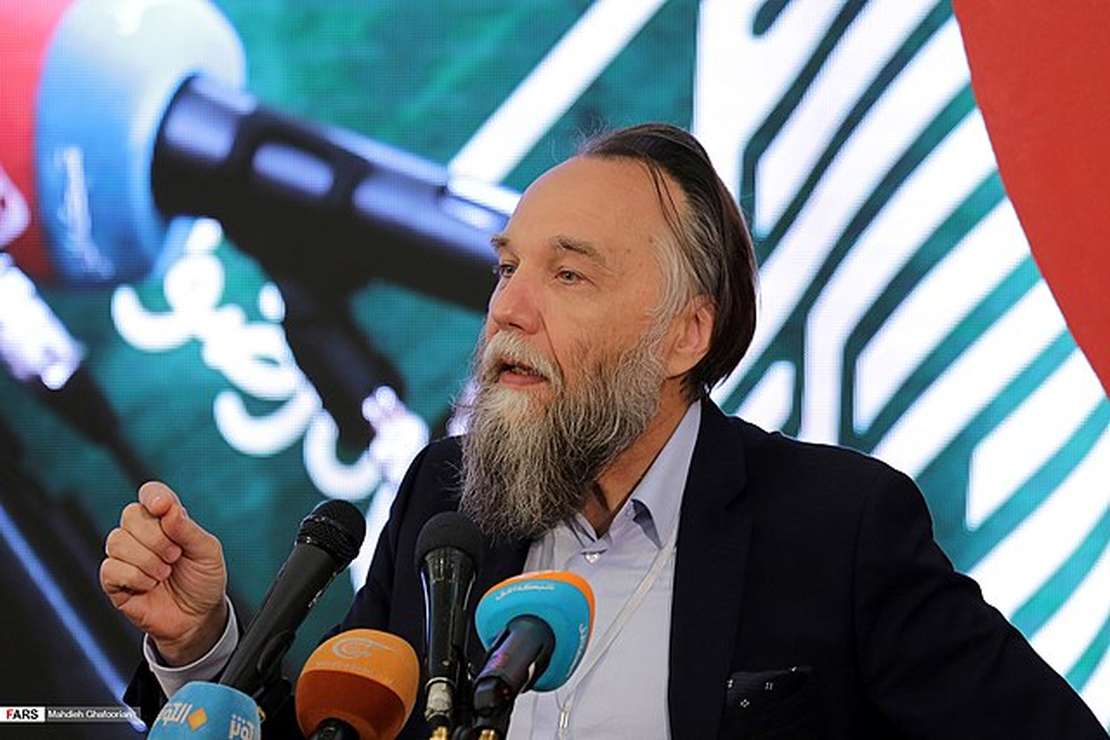 A car bomb in Moscow apparently meant for Russian fascist Alexandr Dugin killed his daughter instead this weekend — and the mysteries go far beyond “Whodunit?”

Daria Dugina, the 29-year-old daughter of the man sometimes known as “Putin’s brain,” was killed when the SUV she was in exploded Saturday night following a cultural festival both had attended.

The car was reportedly registered to Dugin, making him the likely target.

CBS News reported Sunday that witnesses quoted by Russian media said that Dugin “had decided at the last minute to travel in another vehicle,” leaving Dugina to his fate.

From there, things get weird.

A virulent nationalist and something of a spiritual advisor to Russian strongman Vladimir Putin, Dugin originated “the Russian world” thinking used to justify the invasion of Ukraine:

The work that propelled Dugin to prominence was the “Foundations of Geopolitics” in 1997, in which he set out his vision of a Eurasian empire, stretching from Dublin to Vladivostok. The book advocated sowing instability and dissent in the United States.

“Ukraine has to be either vanished from Earth and rebuilt from scratch or people need to get it,” Dugin said in 2014. “I think, kill, kill and kill. No more talk anymore. It is my opinion as a professor,” he said of Ukraine in this YouTube video.

It’s one of this century’s many unbelievable ironies that the thoughts of a fascist like Dugin are being used as a justification to “denazify” Ukraine.

At first glance, it seems a sure thing that the attempt on Dugin’s life was made by Ukraine or by someone on Kyiv’s payroll. That was certainly my initial impression.

But not so fast.

Here are the relevant bits:

Dugin was a philosopher of the cult of death and sacrifice. He always said, that the death experience is the most important one. He was a Death Eater. In his “Eurasist” ideology a mighty Father sacrificing his daughter’s life could really be something titanic, bringing supernatural powers into movement, and improving his (weakened) position. Be like a legendary King. Still, this is only one of the ideas. I just want to say, it is not unthinkable.

In his April 2020 article, Alexandr Dugin clearly wrote, that parts of the elite should be groomed with one purpose – to be killed (sacrificed) amid challenging times, so the society could magically buy back the lost support of the Gods.

On his esoteric far-right esoteric web-page “Arctogaea” Alexandr Dugin literally had a huge article about the ancient mystical tradition to sacrifice children, including a case of a father sacrificing his daughter’s life

You can find links embedded in Sumlenny’s thread which you can read here.

Also for our VIPs: Putin Wants a Fleet of Aircraft Carriers and Has Also Maybe Eaten Shrooms

If it seems to you a little farfetched that Dugin’s murderous ethno-spiritualism could drive him to plant a bomb in his own car, only to put his daughter in there, you aren’t alone. Writing in an abstract way about child sacrifice is a far cry from actually committing it.

But it is at least another data point in trying to determine who planted the bomb and why.

In recent months, Dugin had been criticising the Kremlin for being too soft. Given the terrorism used by Putin over decades – Beslan, Nemtsov, Litvinienko, to name but a few incidents – means the list of suspects should include his own government.

Indeed. It’s enough to make you wonder if Dugin’s heart attack might have been caused by poison — one of Putin’s favorite tools of statecraft.

We aren’t out of theories quite yet. Some believe that Dugin was targeted by members of Russia’s National Republican Army:

Former Russian state deputy Ilya Ponomarev, in an appearance on his Russian-language opposition TV channel “Utro Fevralya” in Kyiv, alleged that Dugina, 30, was killed by Russian partisans from the NRA.

The NRA is dedicated to overthrowing Putin, whom their manifesto describes as “a usurper of power and a war criminal who amended the Constitution, unleashed a fratricidal war between the Slavic peoples.”

It could also be that the NRA is a creation of the Kremlin, a convenient target of “Two Minutes Hate” propaganda.

There have also been reports of palace intrigue at the Kremlin as the Ukraine War drags on, and Dugina could have been collateral damage.

So many questions, so few answers — and these might never come to light.