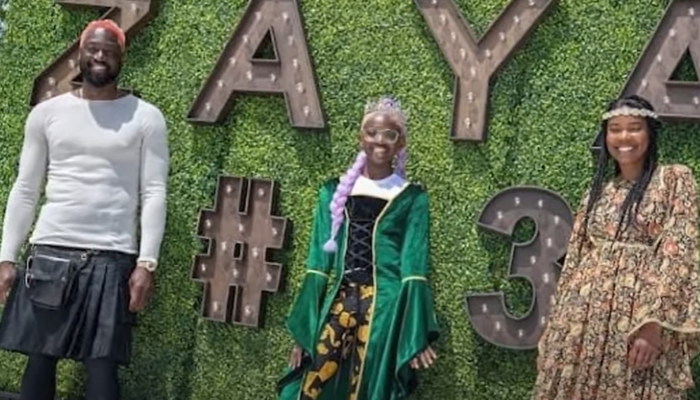 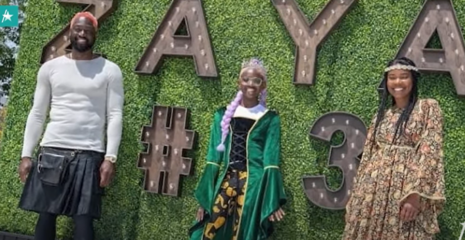 In the goofy gender-bending world of the Left, boys will be girls and girls will be boys. Zion Wade, the son of retired NBA guard Dwyane Wade, is attempting to legally become Zaya Malachi Airamis Wade, the “daughter” of Dwyane Wade. Wade the father fears that Wade the son/daughter will be the victim of violence.

Despite fearing violence against his transgender child, Papa Wade last week filed a legal petition to change the name and gender of his youngest son. Zion came out seven years ago on the Ellen DeGeneres show as a transgender and said he prefers to go by “Zaya.” The dad requested that a Los Angeles County superior court issue a legal decree recognizing that the minors’ gender is changed to “female.”

Also, the petition specifically cites the reason for the change: “to conform with gender identity.” The court is expected to go along with this ruse, though gender is immutable.

“We’re just trying to figure out as much information as we can to make sure that we give our child the best opportunity to be her best self,” the elder Wade said.

Zaya’s parents (seen in photo with their trans son) take their role as parents so seriously, in fact, that throughout their child’s life, they merely give in to whatever reality he attempts to create. Which is highly concerning, given that what’s happening now can substantially impact the remainder of Zion Zaya’s life.

The Wade parents seem more concerned about their own popularity, their son appearing on a red carpet and how “she” answered media questions and being how “she” is recognized as one of the “young faces and voices for the LGBTQ+ community.” It’s more about pleasing the Left than dealing with the child’s confusion, and that’s sad.

Hannah Bleau, of Breitbart, wrote this gender charade “follows mounting controversy over the left’s push to ‘affirm’ a child’s chosen gender — a move embraced by the Biden administration. President Biden himself encouraged parents to ‘affirm’ the chosen gender of their confused children, deeming it ‘one of the most powerful things you can do.’ ”

In other words, the president’s pandering for LGBT votes out-weighs the best interests of children caught up in gender confusion.

Wade told Time magazine he is critical of states “restricting” the rights of trans youth. “To me, it’s a joke. This is our life. We live this. When you’re out there making rules, if you’re not experiencing this, come and live a day with my daughter. Come and see how it is to walk through this world as her.”

Additionally, Wade boasted that his “daughter” is “blessed” to have parents like himself as his wife Gabrielle Union, the boy’s stepmother. Yet Dwyane Wade is “afraid every moment she leaves the house. And not just because of gun violence, but because of the way people perceive her in this world,” he said.