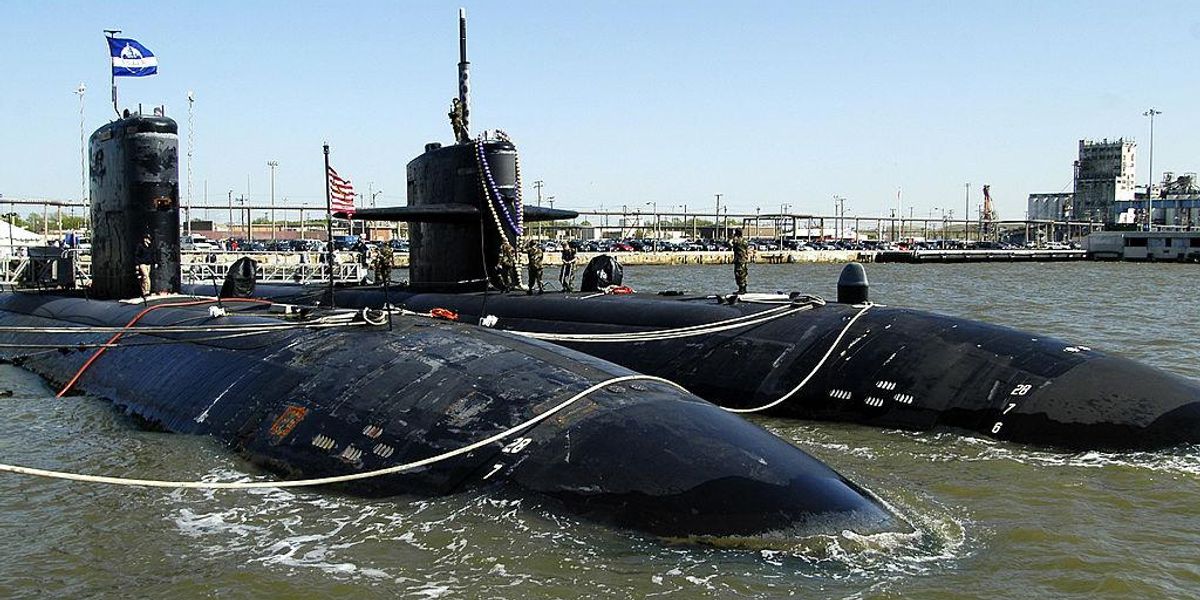 “There are lower-level drug dealers that go to prison for way longer than 36 months,” said Judge Gina M. Groh of the Federal District Court for the Northern District of West Virginia, who regarded the plea deals entered on behalf of Jonathan and Diana Toebbe as “strikingly deficient.”

Mr. and Mrs. Toebbe, originally charged with “conspiracy to communicate restricted data” and “communication of restricted data,” pled guilty in February to participating in a conspiracy to sell submarine secrets to a foreign power. In 2020, the couple attempted to sell the technology behind the nuclear reactors powering the U.S. submarine fleet (the Virginia-class attack submarines in particular) to Brazil.

Text messages shown in court revealed that the Toebbes had three primary criteria regarding the nation to which they would sell U.S. secrets. The country had to be rich enough to afford the secrets, had to be neutral or at least not hostile to the U.S., and it had to be eager to acquire the technology in question. Though the Toebbes believed Brazil met their criteria, the South American nation was not so keen.

Mr. Toebbe, a former Navy engineer, wrote to Brazil’s military intelligence agency offering the nuclear secrets in April 2020: “I believe this information will be of great value to your nation. … This is not a hoax.” Extra to the offer of secret documents, Mr. Toebbe reportedly volunteered his expertise to Brazil’s nuclear submarine program — experience that relied upon even more classified U.S. Navy information.

Brazilian officials passed the letter over to an FBI legal official in Brazil.

An undercover FBI agent, pretending to be a Brazilian official, subsequently engaged Mr. Toebbe, persuading him to leave the stolen nuclear submarine secrets at a series of predetermined locations.

Mr. and Mrs. Toebbe complied, transferring restricted data about nuclear submarine designs onto SD cards and leaving them at so-called dead-drop locations over the span of several months.

In their efforts to hide the SD cards, they went so far as allegedly wrapping them in a plastic-wrapped peanut butter sandwich, a packet of gum, and a sealed Band-Aid wrapper.

On one of the SD cards, Mr. Toebbe included a message that allegedly said: “I was extremely careful to gather the files I possess slowly and naturally in the routine of my job, so nobody would suspect my plan.” He also noted , “We have cash and passports set aside for th[e] purpose” of having to flee the U.S.

Despite the Toebbes’ attempts at stealth and subterfuge, the FBI claimed in an affidavit that the Toebbes, though careful to use encrypted communications and cryptocurrency, repeatedly slipped up by depositing information in areas where they were easily exposed.

The couple was arrested in October 2021.

Mr. Toebbe struck a deal that would land him in prison for 12 years, five years less than he was previously looking to serve and much less than the maximum penalty for the offense, which is life in jail. Mrs. Toebbe agreed to serve three years, which she probably would not have served all of.

Judge Groh forced the Toebbes to withdraw their pleas, prompting their attorneys to either reach a plea agreement agreeable to the court or otherwise continue to trial.

Groh reportedly indicated she would prefer that both Toebbes face prison time in excess of 15 years. After all, Mr. Toebbe did not act alone.

After her October indictment, Mrs. Toebbe sought to fight pretrial detention and make her case; however, the government produced several exhibits (including videos and photos) revealing that she too had left secret information for a source and acted as a lookout. She is accused of participating in all but one of the dead drops.

Mrs. Toebbe’s crime, according to Groh, made her “a felon of the worst kind, that is why the 36 months troubles me.”

On Tuesday, Groh claimed, “It’s not in the best interest of this community or, in fact, this country to accept these plea agreements.” She referred to a victim impact statement made by Vice Admiral William J. Houston, who said that what the Toebbes had sought to sell was “some of the most secure and sensitive information about our nuclear powered fleet.”

U.S. attorney for the Northern District of West Virginia William Ihlenfeld said that the prosecution is ready to proceed and that he respects Groh’s decision.