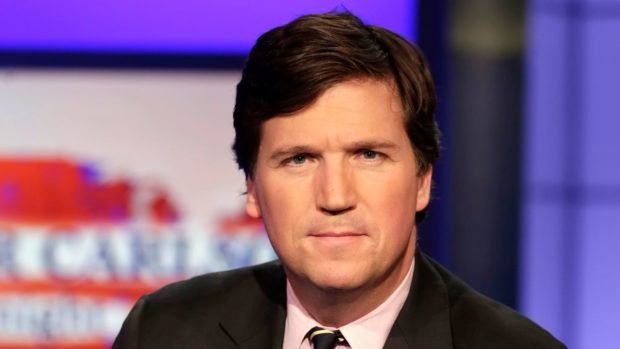 “We have to have an FBI, and it has to be an FBI we can trust,” Carlson said, after saying defunding the agency was not an option. “We can’t trust it until its behavior merits trust. Until it’s honest, to the extent it can be transparent, consistent in the way it enforces the law. We have to have a federal law enforcement agency like that. We can’t just make it go away and hope for the best. We’re nowhere near that point, because the people are supposed to be overseeing the FBI have ignored egregious examples of corruption over many years.”

“Merrick Garland’s first instinct was to seize the role of victim, because when you’re a victim you’ve already won the argument,” Carlson said. “You don’t have to explain yourself. You don’t have to change your behavior. You’re by definition the good guy. The victim always is. Being oppressed means never having to say you’re sorry. So as Garland explained in the press conference, the FBI was the victim. Mean old Fox News was asking unfair questions, and that’s wrong. The real problem isn’t that America’s most powerful law enforcement agency is corrupt, no, the real problem is the people have dared to complain about it, and they must stop immediately or else they’re domestic terrorists.”

Carlson also discussed the FBI investigation involving an alleged plot to kidnap Democratic Gov. Gretchen Whitmer of Michigan. Two of the alleged plotters failed to be convicted in April after their lawyers argued the FBI entrapped them, with two others being retried.

“It seemed like a terrorism plot was in fact a setup by the government to make a group of ordinary people in Michigan look like terrifying right-wing extremists,” Carlson said. “Those violent white nationalists Joe Biden is always mumbling about. Turns out there aren’t enough of those people in real life. They’re pretty rare actually. It’s not a very racist country. The Justice Department had to go create some. They did. That’s not just our opinion. That was the finding of the federal jury in Michigan.”

The Justice Department did not immediately respond to a request for comment from the Daily Caller News Foundation.

McDonald’s owners group says company rejected request to delay big changes to franchise system
DeSantis eviscerates reporter for ‘politicizing’ Florida’s response to Hurricane Ian: ‘Whoa, whoa, whoa! Give me a break! That is nonsense!’
Lakers Announce 4th Pride Night, But Block Comments On Instagram
This Democrat’s Victory In November Would Be Bad News For Pennsylvanians. Here’s Why
Biden Administration Keeps Negotiating With Iran Even as Protesters Are Gunned Down in the Street