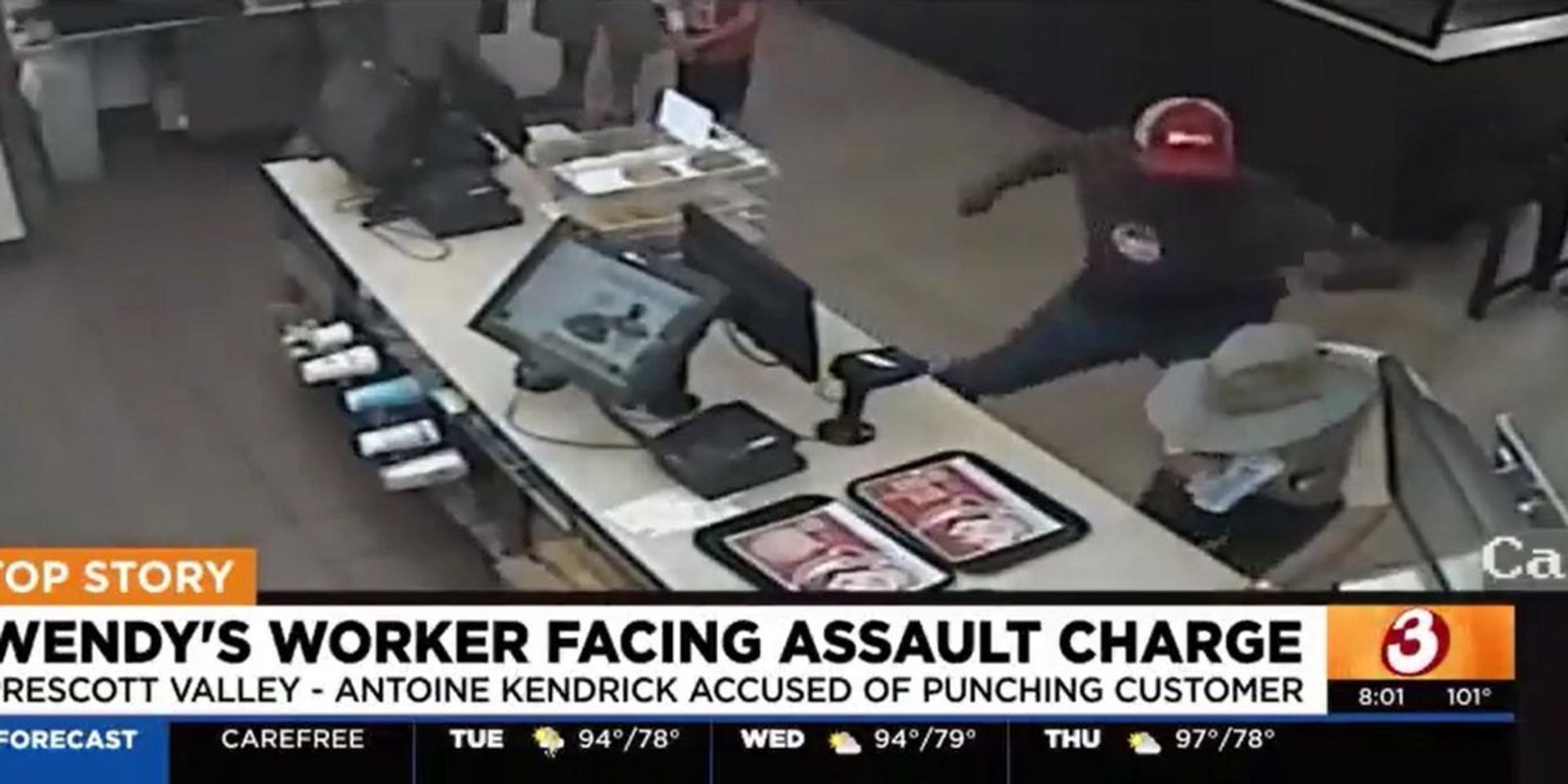 A disagreement about a food order late last month at a Wendy’s restaurant in Prescott Valley, Arizona, has led to one man dead and another charged with his murder.

Originally accused of aggravated assault, Antoine Kendrick, 35, has now been charged with second-degree murder after the 67-year-old customer he struck in the head on July 26 succumbed to his injuries on August 5.

Both the restaurant and Wendy’s corporate office have yet to comment on the incident, either on the day it occurred or now in light of the revelation that one of the restaurant’s customers has died allegedly as the result of actions taken by one of its employees.

Antoine Kendrick, 35, was initially charged with aggravated assault for allegedly sucker-punching a customer after taking the man’s order at a restaurant on Glassford Hill Road in Prescott Valley, Arizona, on July 26.

According to the Prescott Valley Police Department, at approximately 4:41 p.m., Kendrick had a dispute with an elderly man about a food order. Kendrick allegedly came around the service counter and struck the victim in the head without warning, as can be seen in the surveillance footage released on August 8.

u201c.@azfamily has obtained graphic video from a Wendy’s in Prescott Valley.nnAn employee of the fast food joint sucker-punches a customer in the face. Police say the customer was complaining about his order.nnThe man had to be airlifted to a valley hospital.nnhttps://t.co/6ykIeICDrOu201d

Upon falling, the unconscious victim incurred additional injuries as his head struck the floor. The victim was tended to by police officers who reported to the scene, along with members of the Central Arizona Fire and Medical Authority, prior to being airlifted to a hospital in the Phoenix area. He died in the hospital on August 5.

One customer told CBS 5: “That was a Mike Tyson hit. … The customer didn’t touch him, so he had no right to touch the customer, period, end of story.”

Immediately after the attack, Kendrick is said to have looked at the unconscious man, retreated behind the counter to grab some belongings, and left the scene.

Biden Threatens To Investigate Oil Companies If They Raise Gas Prices During Hurricane Ian
Rep. Marjorie Taylor Greene’s Husband Files for Divorce, But Praises Her for Being an Amazing Mom
Man survives Hurricane Ian by floating on a sofa for two-and-a-half hours
Big Concerns that Credit Suisse May Be the Next Lehman Brothers
Lakers Announce 4th Pride Night, But Block Comments On Instagram