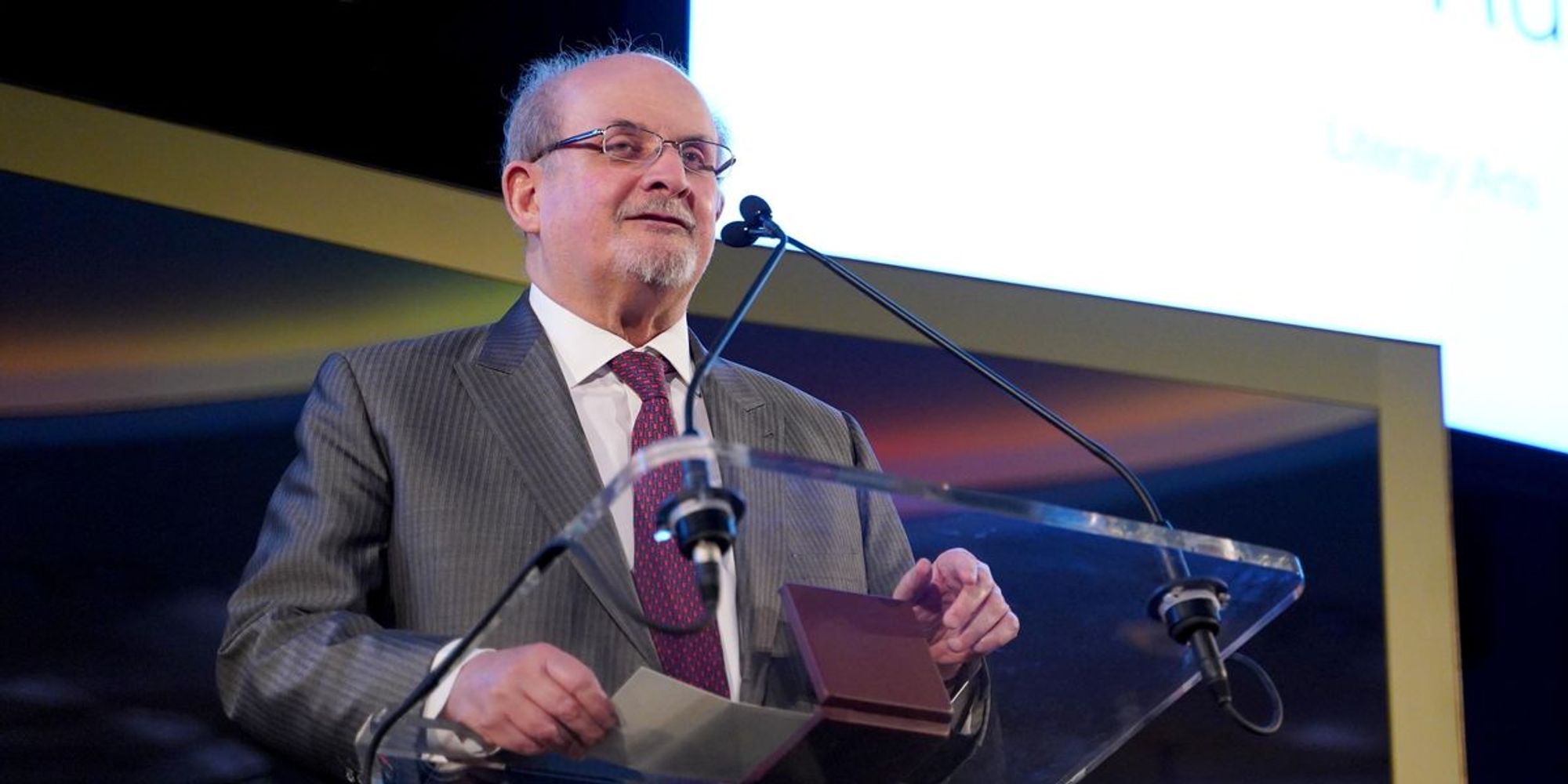 As of Saturday morning, famed author Salman Rushdie is on a ventilator fighting for his life after being stabbed on stage in New York.

New York State Police said the suspect ran onto the stage and attacked Rushdie, 75, at the Chautauqua Institution in western New York state, reports the BBC. Rushdie was stabbed at least once in the neck and in the abdomen, authorities said. He was flown to a hospital in Erie, Pennsylvania.

“Salman will likely lose one eye; the nerves in his arm were severed; and his liver was stabbed and damaged,” his agent, Andrew Wylie, said.

The New York Times reports that the suspect in the attack was identified by police as Hadi Matar, a 24-year-old New Jersey man who was arrested at the scene. There was no indication of a motive as of late Friday.

“It took like five men to pull him away and he was still stabbing,” said Linda Abrams, an attendee of the event. “He was just furious, furious. Like intensely strong and just fast.”

The interviewer who was on stage with Rushdie, Henry Reese, suffered a minor head injury and was taken to a local hospital. Reese is the co-founder of City of Asylum in Pittsburgh, a non-profit founded in 2004 to “provide sanctuary in Pittsburgh to writers exiled under threat of persecution.”

Rushdie has faced death threats since publishing his fourth book, The Satanic Verses. A year after the book’s release, Iran’s Supreme Leader Ayatollah Khomeini offered a $3 million reward for Rushdie’s execution. As of Saturday morning, there has been no reaction from the Iranian government to Rushdie’s stabbing, according to the BBC.

Leaders and elected officials across the western world have expressed support for Rushdie.

British Prime Minister Boris Johnson said in a tweet that he was “appalled that Sir Salman Rushdie has been stabbed while exercising a right we should never cease to defend.”

Gov. Kathy Hochul of New York said on Twitter: “Today’s attack on Salman Rushdie was also an attack on some of our most sacred values — the free expression of thought.”

“Salman has been an inspirational defender of persecuted writers and journalists across the world. He is a fiery and generous spirit, a man of immense talent and courage and he will not be deterred,” said Booker-prize-winning author Ian McEwan.