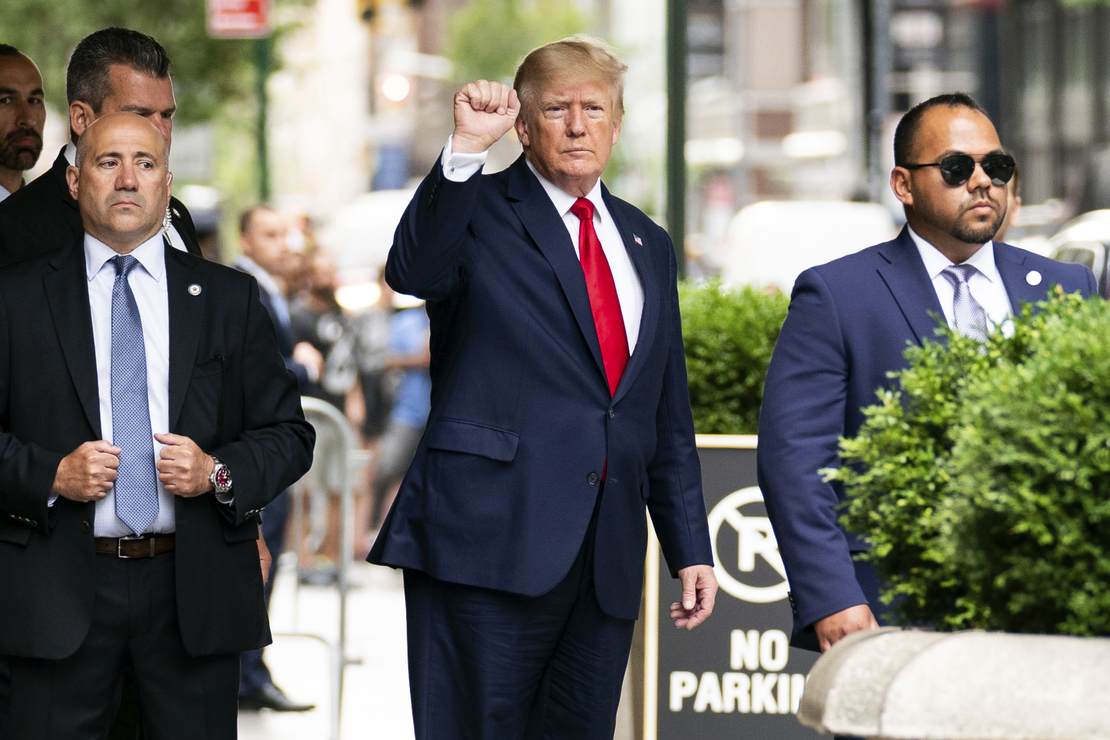 Donald Trump promised to drain the swamp, and the swamp has clearly done everything it could to drain him. The more details that come out about Monday’s raid on his Mar-a-Lago home in Florida, the more questions we have, the more suspicious the actions of the Justice Department look, and the more outlandish the accusations against Trump become. On Thursday, for example, the Washington Post claimed that FBI agents were looking for classified documents related to nuclear weapons, Trump called the accusations the latest hoax against him.

There’s no doubt that Trump has a point. Ever since he got into politics, he’s had a target on his back. Here are some of the main witch hunts and hoaxes that have targeted Trump before this week’s raid on his home.

The Obama administration’s investigation into bogus allegations of Trump colluding with Russia to influence the 2016 presidential election was officially known as Operation Crossfire Hurricane. The Obama administration applied for a FISA warrant to spy on Trump’s presidential campaign based on the bogus Steele dossier — which they knew was based on Russian disinformation. Several Obama officials also testified that they never found any empirical evidence of collusion. Meanwhile, Obama partisans in the intelligence community suppressed evidence that Russia actually wanted to elect Hillary Clinton.

Despite the efforts of the Obama administration to thwart Trump’s presidential campaign, he was elected president. Of course, the allegations of Russian collusion never stopped, and Special Counsel Robert Mueller was appointed to take over the FBI’s ongoing investigation of Trump-Russia collusion. There were also concurrent investigations in both the House and Senate. All three investigations came up with nothing, but they nevertheless cast a dark cloud over Trump’s presidency for two years.

House Democrats had been plotting to impeach Trump the moment he was elected. They introduced multiple impeachment resolutions in 2017, 2018, and early 2019. Desperate to nail him for something, they eventually began an impeachment inquiry over a phone call between Trump and Ukrainian President Volodymyr Zelenskyy. The charges were so weak that Democrats faced accusations of politicizing impeachment. With a majority in the House, Democrats succeeded in impeaching him but failed to achieve a conviction.

Trump certainly has been targeted from all angles, and he’s currently the target of an ongoing civil investigation into the Trump Organization, which many critics believe to be an investigation in search of a crime.

“This is a vindictive and self-serving fishing expedition,” Trump said. “The United States Constitution exists for this very purpose, and I will utilize it to the fullest extent to defend myself against this malicious attack by this administration, this Attorney General’s Office, and all other attacks on my family, my business, and our country.”

Speaking of fishing expeditions, there’s the Democrats’ obsession with Trump’s tax returns. As a longtime successful businessman, Trump chose not to release his tax returns when he ran for president. And since he wanted his business information to remain out of the public eye, Democrats were obsessed with looking at them and, since Democrats retook the House, the House Ways and Means Committee has been trying to get access to them from the IRS.

Since we’re still on the topic of fishing expeditions, it was obvious once Democrats won back the House that they would launch a series of investigations of Trump. The only problem was that they didn’t really have any crimes to investigate. They convinced he was guilty of something, so they launched investigations into his administration, his business dealings… anything they could target, citing “allegations of corruption, obstruction, and abuses of power.”

After the Capitol riot in 2021, Democrats quickly drafted new articles of impeachment, alleging without evidence that Trump had incited the riot. It was a blatant scheme by the Democrats to prevent Trump from being able to run for president again. The investigation of the riot has continued with the January 6 Committee, which has similarly failed to prove Trump’s culpability for the riot.

Starbucks, Seahawks, Seattle Times target GOP candidate over powerful ads laying bare Dem policies
Nets Refuse to Mention What Biden Was Up to as Hurricane Ian Wreaked Havoc on FL
Arizona Has A SOROS-BACKED Democrat Running For District Attorney In Maricopa County
Kim Kardashian pays over $1 million to settle SEC charges linked to a crypto promo on her Instagram
Will Smith’s first project since Oscars fiasco gets December release date