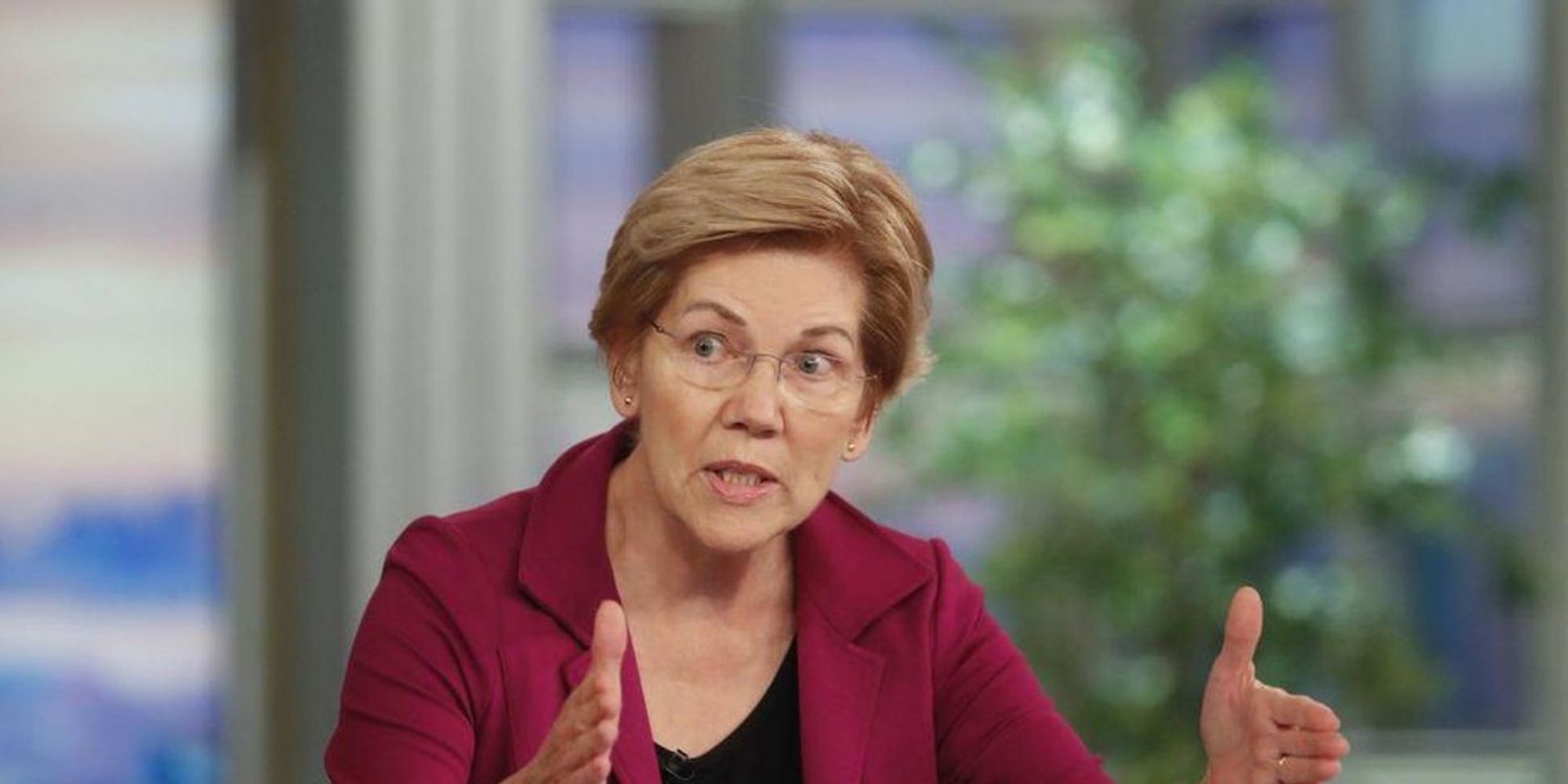 Democratic Sen. Liz Warren of Massachusetts claimed that many people had told her that they would have voted for her but for her lack of a penis during the 2020 presidential primary campaign.

The bizarre admission was recounted by NBC News’ Capitol Hill correspondent Ali Vitali in her new book, “Electable: Why America Hasn’t Put a Woman in the White House…Yet.”

Vitali writes about wrestling with the gender issue during the campaign when Warren was arguing that she could have been then-President Donald Trump in the general election.

We’d talked about the dynamics of Iowa, her competitors and the pressure she put on herself not “to screw this up.” But here and now she offered her plainest view of the landscape yet: “Everyone comes up to me and says, ‘I would vote for you, if you had a penis.’”

Warren went on to lose the primary election to then-Vice President Joe Biden, who later won the presidential election.

Vitali recounts elsewhere in the passage how Sen. Bernie Sanders (I-Vt.) contradicted Warren during a primary debate on whether he had ever told her that no woman could bear Trump, and the aftermath of their confrontation was caught by cameras later.

While many online were skeptical of the story offered by Warren, it matched up with the response from “Late Show” host Stephen Colbert when she dropped out of the primary race in March 2020.

“Folks, I’m afraid I have sad news for fans of competence,” Colbert said. “The one-time frontrunner Warren made the classic campaign mistake of being able to finish a coherent sentence and not having a penis.”

Warren is best known for being goaded by Trump into taking a DNA test to prove her previous assertions that she had Native American heritage and then apologizing for the incident that offended many Native American groups.

Biden Administration Keeps Negotiating With Iran Even as Protesters Are Gunned Down in the Street
Senior Biden advisor says ‘MAGA Republican agenda’ is to ‘essentially destroy the United States of America’
‘Where’s Jackie?’ Biden asks for dead congresswoman in gaffe during speech
FLASHBACK: 3 Paul Krugman Rules for ‘Bidenomics’ That Self-Destructed in 2022
What I’m Seeing on Texas’ Border With Mexico