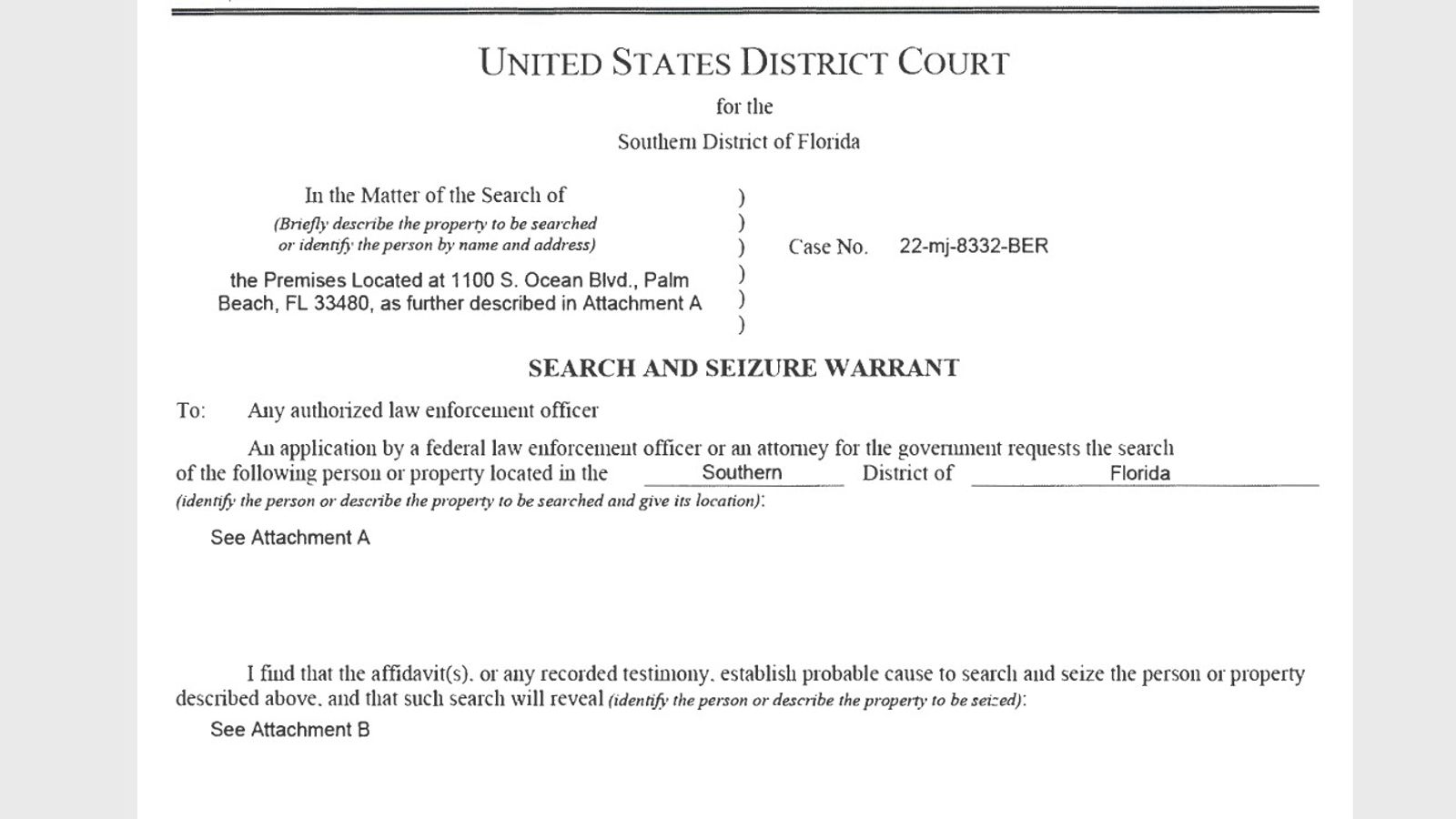 The FBI recovered more than 20 boxes of items – some labelled top secret – during a search of Donald Trump’s Florida mansion, court records show.

Details from a warrant that has now been unsealed, show some items related to defence information.

The warrant said the probe involves alleged violations of the Espionage Act.

Among the 20 boxes removed were 11 sets of classified documents – one marked as “various classified/TS/SCI documents,” referring to top secret and sensitive information.

A binder of photos, a handwritten note, and a potential presidential record, were also seized.

The FBI searched Mr Trump’s Mar-a-Lago estate in Florida earlier this week, with the former president claiming his home was “raided” and “under siege” and that agents broke open a safe.

He told his 3.8 million followers on his Truth Social platform the documents were “all declassified” and he would have handed them over at any point – there was no need to “seize” them.

However, while a president does have authority to declassify documents, it is not clear whether Mr Trump ever took official action to do so.

His followers have largely been galvanised by the FBI search – rallying around him and criticising the move as political, as it comes at a time when many expect he will announce plans to stand for a second presidential term.

The warrant described his property as “a mansion with approximately 58 bedrooms, 33 bathrooms, on a 17-acre estate”.

It said officers could search the “45 Office” – a reference to Mr Trump’s status as the 45th American president – “all storage rooms, and all other rooms or areas within the premises used or available to be used by FPOTUS” (Former President of the United States).

Also uncovered, according to the “receipt for property,” was information about the “President of France,” and an executive grant of clemency for former Trump ally Roger Stone.

Mr Stone originally encouraged Mr Trump to run for office, and his staunch support of the president earned him a commuted sentence for his charge following the Mueller investigation into Russian interference in the 2016 election.

What did the warrant allow?

The unsealed warrant allowed for “all physical documents and records constituting evidence, contraband, fruits of crime, or other items illegally possessed” to be removed, including:

There in Spirit: Nets Bury Biden Looking for Dead Congresswoman During Speech
Convertibles drive into the sunset as automakers invest in electric vehicles
Liberals are melting down over ‘character building’ video posted by Lara Trump of her son in rain from Hurricane Ian
Elton in tears as Biden surprises him with medal at White House gig
Nowhere Left to Hide: Neither White House nor Common Man Can Evade Recession Data