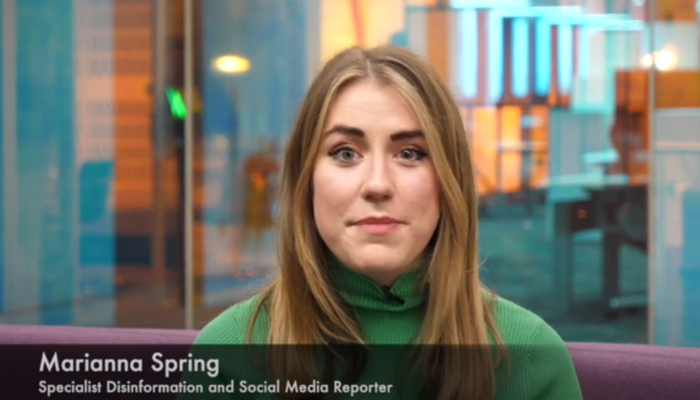 The leftist UK government-funded BBC is hopping aboard the Orwellian disinformation apparatus trend that’s been popping up in the U.S. and around the world.

BBC reporter Marianna Spring announced with glee in a tweet that she was promoted to be “the BBC’s first Disinformation and Social Media Correspondent!” Her role, according to her propaganda-laced tweet, involves “investigating real-world consequences of online disinformation, trolling & all that’s bad on social media with new podcasts, TV & more coming soon.” 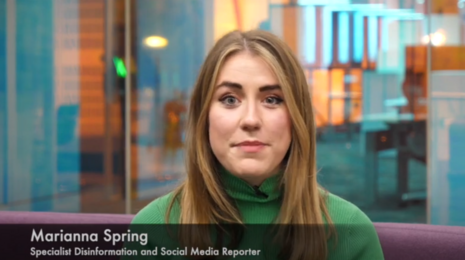 But no individual or group should be made an arbiter of truth concerning free speech online.

A lack of objectivity and fairness, or bias, is an ever-present concern regarding content moderation. Rep. Alexandria Ocasio-Cortez (D-NY) even warned about bias regarding artificial intelligence creation.

And Spring and the BBC are no exception.

Spring’s bias was on display in a November 2020 tweet when she cast former President Barack Obama as an unbiased arbiter of truth, able to discern “disinformation” versus fact online. In her tweet, she used Obama’s words to bash his successor, President Donald Trump.

Spring also claimed “conspiracies” and “disinformation” were “promoted by prominent figures, with huge followings – like those in charge across the world, including in the White House.” She ended her tweet thread by promoting an interview with Obama about disinformation.

In a November 2020 BBC article, Spring boasted, “I’ve spent a lot of time this year covering the human impact of conspiracy theories – from the pro-Trump movement QAnon to the explosion in coronavirus misinformation.”

The “QAnon” article Spring linked to in that piece seemingly tried to paint many Jan. 6 protestors as conspiracy theorists, not simply as Americans concerned about our electoral process. The article also suggested that Trump had “unwittingly or not” supported dangerous conspiracy theories.

The BBC has also demonstrated leftist bias. A BBC news anchor in July complained that there was too much “whiteness” on the UK national women’s soccer team. The BBC also released a Diversity and Inclusion Plan in February 2021 for its employees. The plan included mandatory unconscious bias training, encouraged voluntary reporting of employees’ social class and sexual orientation and offered ambitious short-term quotas based on race and gender.

But the BBC isn’t the only public media network that has hypocritically targeted “disinformation” online. Leftist taxpayer-funded National Public Radio (NPR) announced the creation of its own “Disinformation Reporting team” back in July.

NPR contributor Casey Morell tweeted about the new disinformation division, “some great company news: we’re launching a disinformation team.” It did not take long for Twitter users to call out NPR and Morell, citing several times the tax-payer funded outlet spread its own biased disinformation.

Conservatives are under attack. Contact your representatives and demand that Big Tech be held to account to mirror the First Amendment while providing transparency and an equal footing for conservatives. If you have been censored, contact us using CensorTrack’s contact form, and help us hold Big Tech accountable.