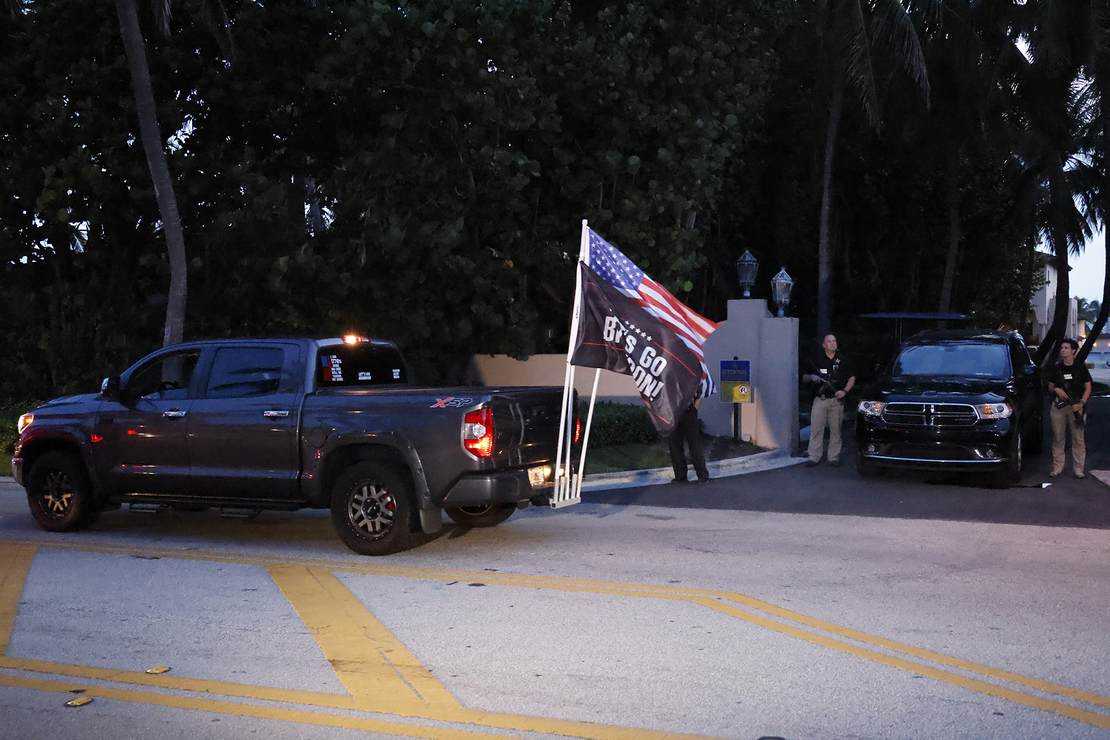 As word about the raid on Donald Trump’s Florida home spread like wildfire Monday night, Republicans were quick to blast the blatantly corrupt Biden administration for politicizing and weaponizing the Department of Justice.

“The raid of [Mar-a-Lago] is another escalation in the weaponization of federal agencies against the Regime’s political opponents, while people like Hunter Biden get treated with kid gloves,” Gov. Ron DeSantis (R-Fla.) said in a statement on Twitter. “Now the Regime is getting another 87k IRS agents to wield against its adversaries? Banana Republic.”

“Absolute power corrupts absolutely,” RNC Chairwoman Ronna Romney McDaniel said in a statement. “Countless times we have examples of Democrats flouting the law and abusing power with no recourse. Democrats continually weaponize the bureaucracy against Republicans. This raid is outrageous. This abuse of power must stop and the only way to do that is to elect Republicans in November.”

House GOP Leader Kevin McCarthy promised an investigation. “Attorney General Garland, preserve your documents and clear your calendar,” he said in a statement.

Most Democrats, of course, were supportive of the raid.

“That’s what happens when you break the law, try to steal an election, and incite a deadly insurrection,” Rep. Pramila Jayapal (D-Wash.) tweeted. “Donald Trump should be in jail. I’m glad to see the FBI taking steps towards accountability.”

But some Democrats saw it for what it was.

“I’m no Trump fan. I want him as far away from the White House as possible. But a fundamental part of his appeal has been that it’s him against a corrupt government establishment. This raid strengthens that case for millions of Americans who will see this as unjust persecution,” former Democratic presidential candidate Andrew Yang tweeted.

“It looks increasingly like the FBI raid was to find mishandled classified documents and not some other DOJ investigation which was my first thought. Mishandling documents doesn’t seem like raid material. It does however seem like excellent campaign material for Trump,” Yang added.

As we’ve previously reported, the documents in question had long been declassified.

Related: Yes, You Should Fear the Corrupt Biden Department of Justice

“DOJ must immediately explain the reason for its raid & it must be more than a search for inconsequential archives or it will be viewed as a political tactic and undermine any future credible investigation & legitimacy of January 6 investigations,” the disgraced former governor tweeted.

Cuomo and Trump are hardly buddies, either. In fact, Cuomo repeatedly made blasting Trump the keystone of his COVID-19 strategy. So, to see Cuomo and Yang concede how bad the Mar-a-Lago raid makes the FBI look is huge.