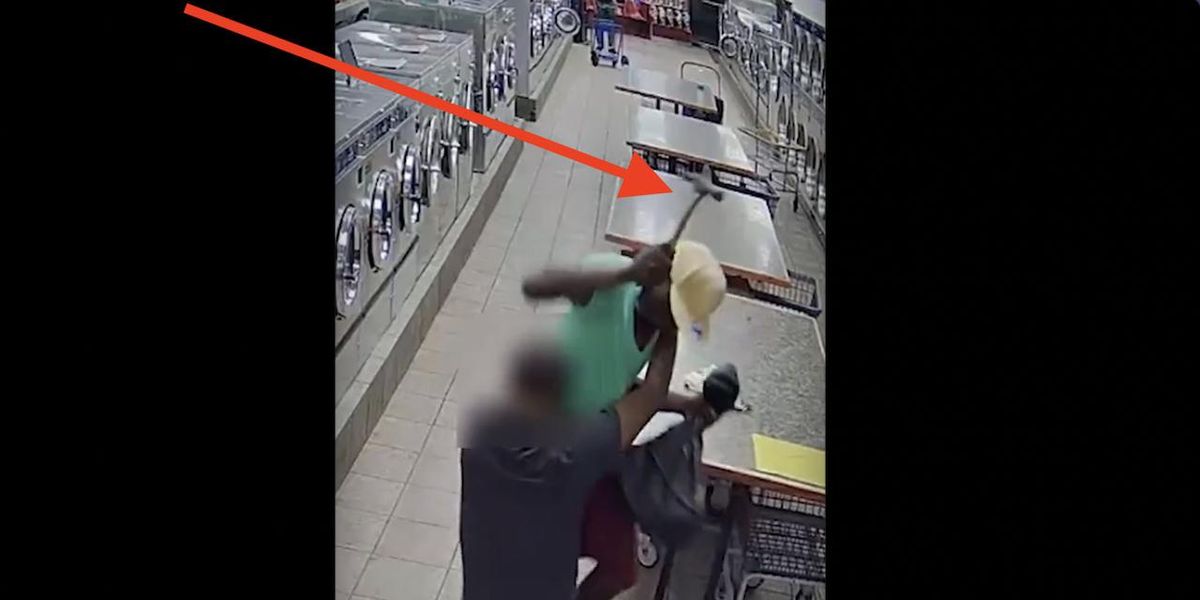 Surveillance video caught the moments a shoplifter repeatedly used a hammer to hit the head of a 70-year-old Brooklyn laundromat worker who attempted to stop the early-morning theft last week.

Video released late Tuesday shows the suspect heading to the back of the store where police said he grabbed some items — among them apparently a few bottles of bleach — without paying for them, the paper said.

Then the laundromat worker tried to stop the theft, grabbing the suspect and holding on to him even after the suspect grabbed a hammer — which belonged to the store — and repeatedly bashed the worker in the head with it.

The Post said the suspect hit the laundromat worker about four times in the head, dragging the elderly man across the floor before they both fell down.

Video shows the suspect dropped items he was attempting to steal, but he apparently took off with the hammer.

What happened to the worker?

The paper said emergency services treated the laundromat worker at the scene for cuts on his head.

Police are still looking for the suspect who was last seen wearing a light green shirt, dark red shorts, and a yellow cap, the Post said.

How are folks reacting?

Twitter commenters reacted rather pointedly and sarcastically to the news of the violent attack: