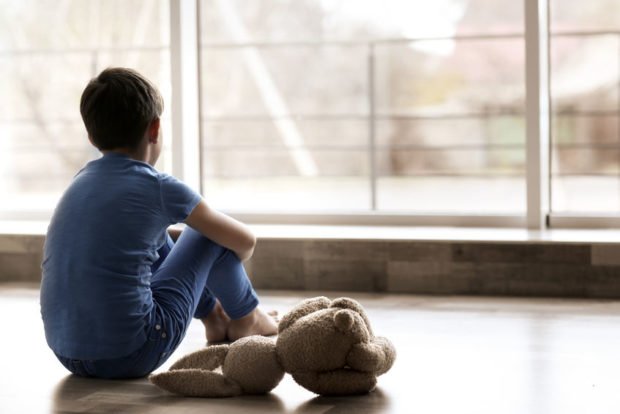 Democratic Michigan congressional nominee Robert Lorinser claimed it could be “proper and ethical” for children suffering from a “terminal illness” to receive a medically assisted suicide, according to a Facebook post obtained by the Daily Caller News Foundation.

“[S]uch a difficult issue -DYING,” Lorinser, who is running to unseat Republican Rep. Jack Bergman in November and is also a doctor, wrote on Facebook on Oct. 20, 2018. “Children are harder than dying after a long life. Calling it medical assisting dying, I like. When, who, how? Devil is in the details.”

“Calling it suicide or killing is definitely negative and ‘wrong”. [sic] Calling it medical assisting dying may obscure the issue. A suffering child with a terminal illness say within weeks or months could it be proper and ethical. I think so,” Lorinser wrote in the post, which has since been made private, thus shielded from public view.

Medically assisted suicide is the process by which a patient agrees a physician may end their life often by administering a lethal dose of drugs.

Lorinser, who is the medical director for the Marquette County Health Department in Michigan, was responding to a 2018 article in the Daily Wire titled “HORROR: Toronto Hospital Preps Assisted Suicide For Children, Might Not Inform Parents.” The article is about doctors at a Canadian hospital who rolled out plans for allowing those under 18 years of age to receive medically assisted suicide “in the near future.”

“Not in any case when the docs initiate this action without even contacting parents,” a Facebook user, whose name the DCNF has redacted for their privacy, responded to Lorinser. “Murder.”

Diane Coleman, president and CEO of Not Dead Yet, a disability rights group that opposes legalization of assisted suicide, told the DCNF the practice is a form of “discrimination.”

“It’s discrimination because people with chronic health conditions and disabilities, whether or not they’re labeled terminal, are devalued in society,” said Coleman. 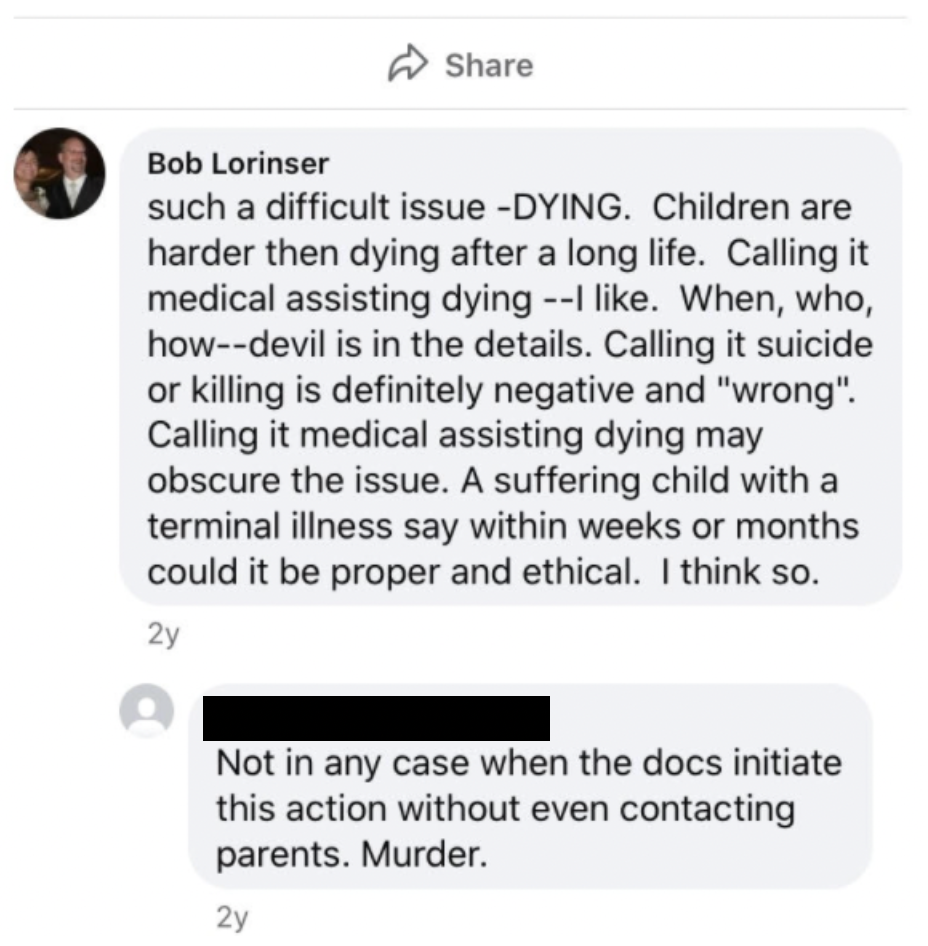 Lorinser advanced unopposed in the Democratic primary on Aug. 2 for Michigan’s 1st Congressional District. The district is “solid Republican,” according to Politico, and a Democratic member has not been elected there since 2008.

“Dr. Fauci wannabe Bob Lorinser sincerely thinks he is God, and this revelation further proves that point,” a campaign spokesman for Bergman told the DCNF. “Democrats in the First District continue putting up terribly radical and flawed candidates.”

“Last election cycle they put up a wife-beater, and now the same team puts up a doctor with viewpoints so radical they would make Dr. [Jack] Kevorkian blush,” said the spokesman, alluding to Dana Ferguson, a Democrat who ran in 2020 against Bergman and was arrested for alleged domestic violence against his ex-wife. “Bob Lorinser should withdraw from the race in disgrace.”

Lorinser’s campaign did not respond to a request for comment.

Lionsgate leaning toward spinning off its studio business instead of Starz
Viral video: Philadelphia Wawa store ransacked by unruly mob
Democrats Cause a lot of What They say They’re Against
Lia Thomas Competitor Teams Up With Rand Paul to Protect Women’s Sports From Transgender Activism
Nowhere Left to Hide: Neither White House nor Common Man Can Evade Recession Data