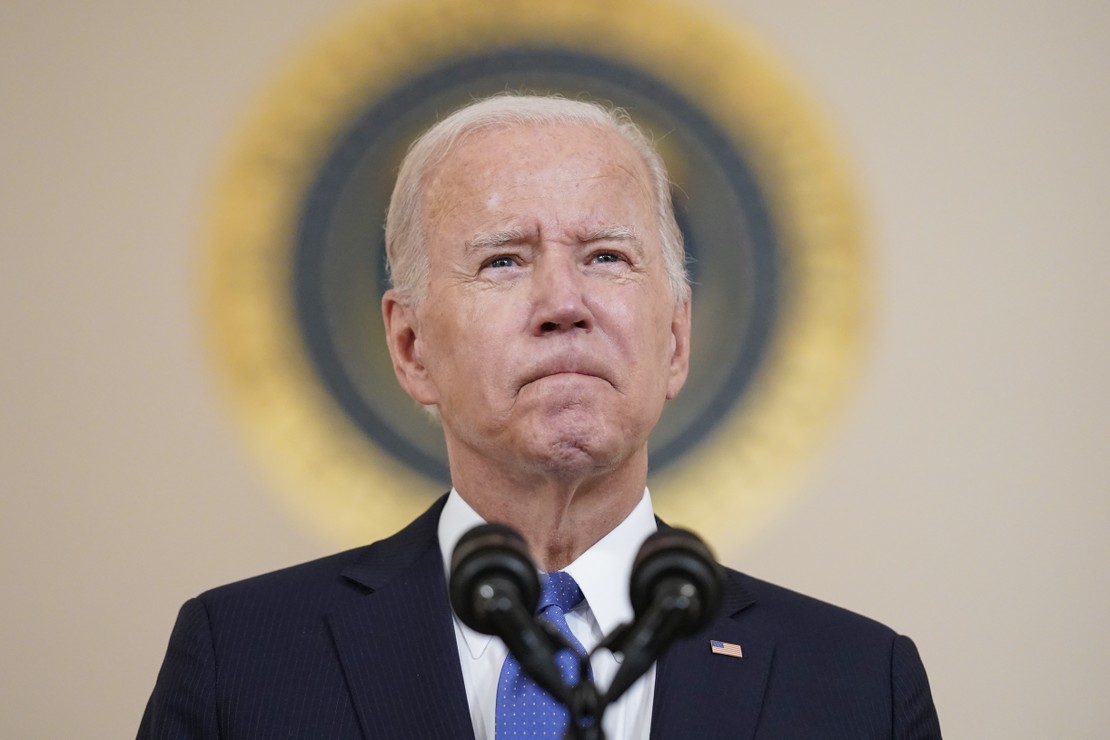 One of the left’s biggest complaints about Donald Trump is that he was an authoritarian. Trump talked tough and didn’t kowtow to other nations and interest groups the way almost every other politician does, so in the eyes of the left, we were headed down the road to fascism under his leadership. And they wore out the word “fascism,” didn’t they?

The authoritarianism canard really came down to personality. Trump wasn’t urbane and ready with a lecture like Barack Obama, and he didn’t have Joe Biden’s jovial, drinking-buddy demeanor. Trump spoke in a manner that was direct and often rough around the edges; he knew what he wanted to accomplish and desired to get down to business. That’s why it was easy for the left to paint Trump as an authoritarian.

What they conveniently forget is that Trump’s term in office came after eight years of Obama. This is the president who used the IRS to go after conservative organizations and individuals in an effort to quash dissent. Obama was also fond of using executive orders to get his way. He didn’t issue the most executive orders as president — not by a longshot — but he loved to threaten to throw his executive weight around. Never forget that he said, “I’ve got a pen and I’ve got a phone — and I can use that pen to sign executive orders and take executive actions and administrative actions that move the ball forward.”

Obama served for eight years, but in less than two years, Joe Biden has left his Democratic predecessor in the dust. The Biden White House has become the most authoritarian administration we’ve seen, at least since the Franklin Delano Roosevelt administration. FDR put Japanese Americans in internment camps, signed a whopping 3,721 executive orders, considered packing the Supreme Court to prevent opposition to his agenda, and was either ignorant of or turned a blind eye to Soviet spies in the executive branch. So the bar is pretty high for Joe Biden.

Biden’s authoritarian streak started on day one when he signed a slew of executive orders to undo much of what the Trump administration accomplished and fulfill his campaign promise to hobble America’s energy independence. The Supreme Court has even slapped the hands of the administration’s Environmental Protection Agency for its executive overreach.

Related: Democrats Are Going Scorched Earth on Their Way Out of Power

The executive branch has continued to treat American citizens with contempt, with Attorney General Merrick Garland pitting the full force of the Department of Justice against parents who dared question woke school boards. And we can debate what crimes the Capitol rioters committed on Jan. 6, 2021, but we can’t deny that the administration’s treatment of these rioters has been abominable.

This administration’s healthcare bureaucracy has also moved the goalposts on COVID-19 and played politics with monkeypox, all with impunity. The president himself has continued to wield the executive order like an art form — albeit a tacky, “Dogs Playing Poker” type of artform — responding to the Supreme Court’s Dobbs decision with an executive order expanding abortion access. Separation of powers? It doesn’t matter to Joe Biden.

Speaking of the Supreme Court, the administration didn’t learn from the West Virginia v. Environmental Protection Agency decision and continues to use executive branch agencies to go after citizens. The recent Inflation Reduction Act includes a provision for the IRS to add 87,000 agents with the power to go after Americans. For some perspective, those new IRS agents wouldn’t fit in any but the dozen largest college football stadiums in the country. As PJ Media’s own Vodkapundit put it, “radically increasing the size of the IRS is meant to instill fear into ordinary Americans.”

The White House particularly has gun owners in its sights. The Department of Commerce has sent its Commodity Flow Survey to a disproportionate number of gun accessory companies, and it could easily use the information from that survey to begin building an illegal database of gun users. An Arizona gun shop owner shared a video of an ATF agent taking photos of the shop’s sales data; how many other times has this happened?

Earlier today, PJ Media’s Robert Spencer shared a quote that Woodrow Wilson wrote 30 years before he became president: “Congress must act through the President and his Cabinet; the President and his Cabinet must wait upon the will of Congress. There is no one supreme, ultimate head—whether magistrate or representative body—which can decide at once and with conclusive authority what shall be done at those times when some decision there must be, and that immediately.”

Wilson wasn’t celebrating the separation of powers that the Constitution lays out to ensure that one branch of government doesn’t acquire too much power; he was complaining that the American system guards against authoritarianism.

Biden and his circle don’t lament the guards against authoritarianism; instead, they ignore them and audaciously expand the power of the executive branch. We the people must put a stop to it, and the midterms and 2024 are just the beginning. Vote, and encourage your family and friends to vote as well. In between elections, make your voice heard as often as you can. It’s only through the American people that this egregious abuse of power can come to an end.