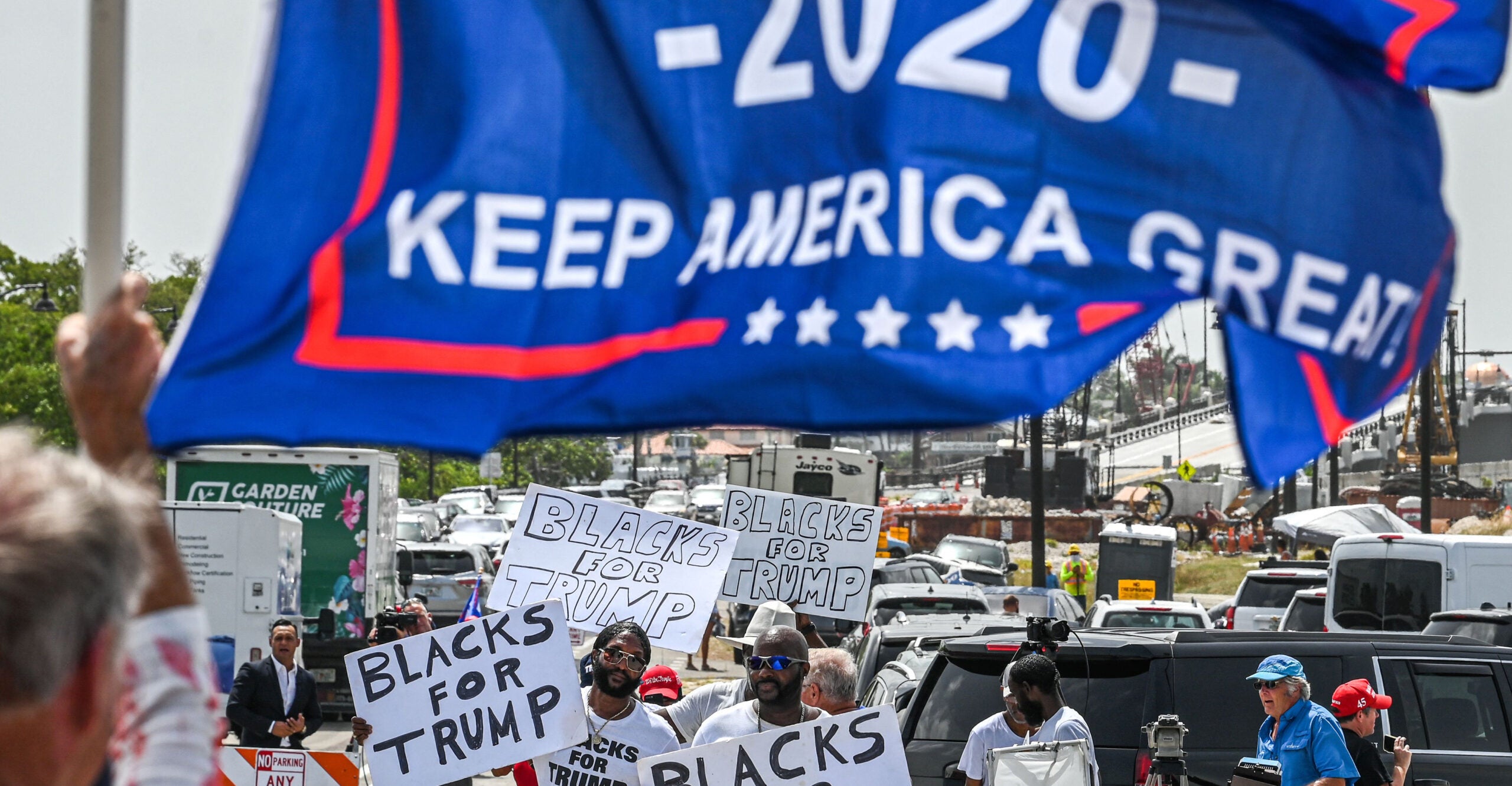 The FBI’s raid of former President Donald Trump’s Florida home, Mar-a-Lago, has raised questions about Trump’s future as well as the propriety of the Biden administration’s unprecedented actions in conducting the predawn search Monday.

Federal agents’ descent on Trump’s estate in Palm Beach is an unprecedented legal and historical matter.

White House press secretary Karine Jean-Pierre told reporters Tuesday that neither President Joe Biden nor anyone else outside the Justice Department got advance notice of the FBI raid.

Here are four of the key questions about the action, along with answers from legal experts and historians.

1. Is a Trump Indictment More Likely?

The FBI’s rationale for the search warrant authorized by a federal judge likely concerned the Presidential Records Act, according to news reports.

The raid by about 30 FBI agents could foreshadow an indictment of the 45th president, said Michael Lawlor, an associate professor of criminal justice at the University of New Haven.

“It’s more likely than not there will be an indictment of the former president,” Lawlor, a former state prosecutor and one-time Democratic member of the Connecticut House of Representatives, told The Daily Signal.

“To get this type of warrant, they need to have probable cause showing they recently learned of documents in his possession. This would be recent, not something they knew about for a year or for a month,” Lawlor said.

The House select committee investigating the Capitol riot has reported difficulty obtaining documents that are required to be maintained under the Presidential Records Act. In February, the National Archives and Records Administration retrieved documents from Mar-a-Lago, some of which reportedly was classified material.

However, Curt Levey, president of the Committee for Justice, a conservative legal group, said he doesn’t anticipate an indictment of Trump.

“My guess is they won’t indict him over records retention,” Levey told The Daily Signal.

“If the goal is to send him to jail, no, he will not go to jail for a violation of the Presidential Records Act,” Levey said.  “Would charges on that act satisfy the [Democratic Party] base? Possibly. But it would look bad, particularly since Hillary Clinton was investigated in 2016 for transmitting classified information.”

The FBI investigated Clinton for potentially mishandling classified information on an unsecure, home-based email server while she was secretary of state under President Barack Obama. The FBI determined that she was reckless, but that her actions did not warrant an indictment.

“I don’t buy that the raid in and of itself means we are on the verge of an indictment,” Levey said of the Trump case.

He noted that the FBI has conducted other predawn raids of targets in the Trump orbit, often on misdemeanor charges.

“The strategy could be providing the appearance of wrongdoing when there really isn’t,” Levey said. “If there is not an indictment, they could inflict maximum damage and death by 1,000 leaks.”

A jury based in the District conceivably could convict Trump, but such a verdict likely wouldn’t withstand appeal, Shirley said.

“They will push for a D.C. jury because they want a slam dunk,” Shirley told The Daily Signal. “But if there is a conviction, it will be appealed and will likely go to the Supreme Court.”

2. What Are Potential Penalties?

Someone who removes or destroys protected government documents faces a penalty of a fine or imprisonment under several statutes.

What Trump’s foes could aim for is a statute covering concealment, removal, or mutilation of classified information generally. Under this statute (18 U.S. Code § 2071), someone found to be guilty “shall be fined under this title or imprisoned not more than three years, or both; and shall forfeit his office and be disqualified from holding any office under the United States.”

It’s not clear what statute could be used in the Trump case, the University of New Haven’s Levey said.

“If you or I illegally possessed top secret information, the same thing would happen to us,” Lawlor said. “Former CIA personnel are doing long-term prison sentences for taking classified information. There is a thorough process to go through a search warrant and get a judge to authorize a search warrant.”

Other than the Clinton case that wasn’t prosecuted by the Justice Department, two high-profile officials pleaded guilty in cases related to the mishandling of classified information.

Sandy Berger, former national security adviser to President Bill Clinton, took documents from the National Archives during the investigation by the 9/11 Commission in 2004. Former Army Gen. and CIA Director David Petraeus admitted to telling his mistress about classified information. Neither was sentenced to prison.

“Trump has been out of office for a year and a half. It’s difficult to say there is suddenly an imminent danger he would destroy or flush these documents,” Levey said.

Levey said he doubts that language in the law requiring someone convicted of mishandling classified information to “forfeit his office and be disqualified from holding any office under the United States” could disqualify anyone from running for president.

Constitutional requirements for running for president supersede all statutes, said Larry Schweikart, a retired professor of history at the University of Dayton and author of several history books, most recently “Dragonslayers: Six Presidents and Their War With the Swamp.”

“They will try to use the Arizona Dog Catcher Act to prevent him from running for president again,” Schweikart quipped in an interview with The Daily Signal. “The Constitution outlines who can run for president. And if he is indicted, well, Eugene Debs ran for president in 1912 from a prison cell and got 3% of the vote.”

3. Will This Further Undermine Confidence in  Justice Department?

“The Justice Department has clearly been going after Trump for four years, but couldn’t get him with two impeachment or a special counsel,” Schweikart said. “Trump could be seen as a bigger threat to the swamp out of office.”

Before the raid, a Trafalgar Group poll found that almost 80% of voters say there are two tiers of justice, one for politicians in Washington, D.C., and one for everyday Americans.  And a Trafalgar poll last week found that 58.5% of respondents said that federal bureaucracies have grown too large to serve Americans’ own political interests.

“The track record of this Justice Department is one hostile to the former president, such as lying on search warrants, Andrew McCabe’s lying to the inspector general, the almost three-year Mueller investigation,” Levey said.

“So there is good reason for the department to explain why this is not just a hostile act toward Trump,” Levey continued. “I would think they would try to dispel that notion. I’ve never understood Trump derangement syndrome, but it sometimes makes people do things that don’t make sense.”

4. Is This Unprecedented Action Justified?

Shirley, the presidential historian, stressed that it is President Joe Biden’s administration, not just Attorney General Merrick Garland or FBI Director Christopher Wray, that is responsible for the unprecedented action against Trump.

“This has never been done before with a president or former president in American history,” Shirley said.

He noted that  Abraham Lincoln took extraordinary measures during the Civil War and John Adams abused the Constitution by pushing through the Alien and Sedition Act.

This move, however, could be more problematic as the Biden administration potentially is attempting to prosecute a past and future political rival.

“This is without a doubt one of the biggest days in American history. You can’t minimize it,” Shirley said. “No president, not even Richard Nixon, did this to political enemies.”

Moreover, he compared what just occurred to Trump’s 2019 impeachment for abuse of power for encouraging an investigation affecting a political opponent–Biden–in a  phone call with Ukrainian President Volodymyr Zelenskyy.

“This is far worse. Trump used a phone call to supposedly target an opponent,” Shirley said. “Biden is using the full apparatus of the Department of Justice. This is all political.”

The problem is that, technically, “abuse of power” is not illegal and would be a difficult basis for impeachment should Republicans choose to take that path, Levey said.

“Will Republicans go down the road of these types of impeachments, as Democrats have?” Levey said. “Will every future president be consumed with indicting his predecessor of the opposite party? Or will Republicans choose to restore democratic norms? It could be a dangerous road we are going down.”