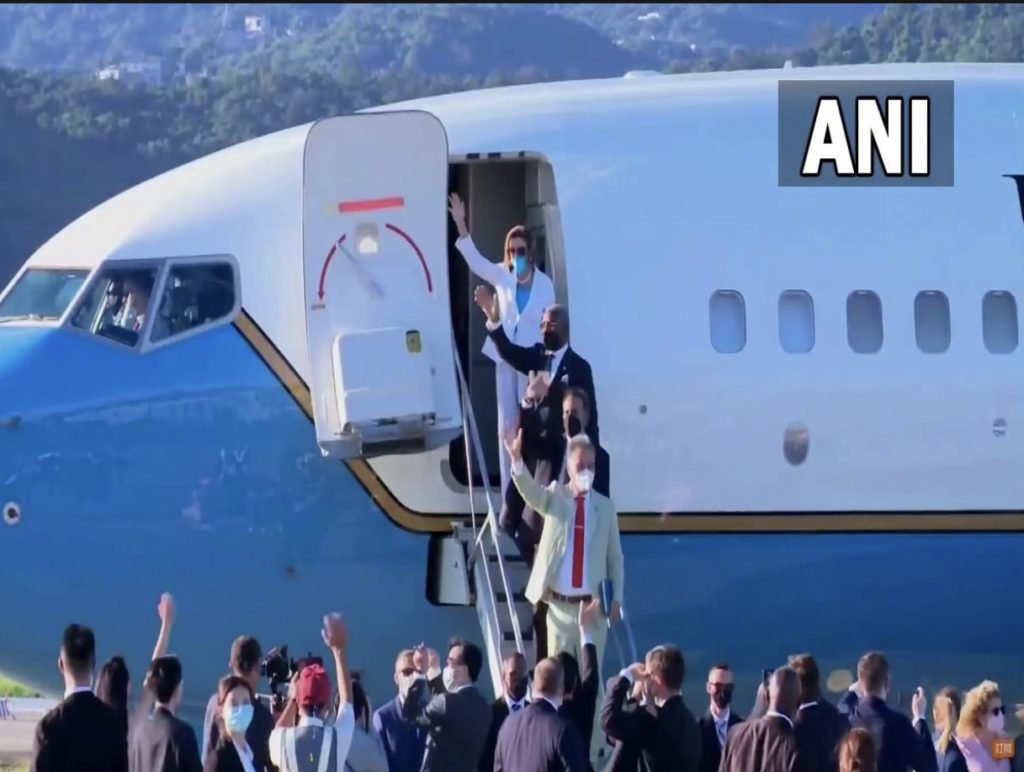 Politicians do nothing unless there is a direct personal benefit to their actions. To believe they are genuine and have sacrificed personal gain to serve the people of their districts is the thinking of a fool. I thrive on being that fool sometimes. When I see Jim Jordan, John Kennedy, and Ron DeSantis, I have a momentary thought that there are some good people in government. Please do not burst my bubble.

Nancy Pelosi is not one of the good people in politics. She comes from a bloodline of corrupt politicians, the daughter of a former Mayor of the fine city of Baltimore. Ironically, her father oversaw the decline of Baltimore while Nancy watched the beautiful city of San Francisco turn into the Club Med for the homeless street dweller. Seriously, how do these people look at themselves in the mirror? Apparently, they check their net worth and then look in the mirror and see the fruits of their labor. A freezer full of gourmet chocolate frozen treats helps, too.

Nancy Pelosi’s motivation for her current Pacific road trip has been puzzling. There is no political or strategic reason for her trip, but the photo ops have been plenty. There have been no strategic policy announcements; some say this may simply be Pelosi’s swan song. It is evident she will not be Speaker come January, and she will not play the second violin. She will win re-election but may resign rather than step down and pass the gavel to Kevin McCarthy.

The inside word was that Biden was furious about her trip, especially her stop in Taiwan, which had set off the Chinese. But, he was powerless to intervene and pull the plug on any step of her journey. At every opportunity Joe Biden has to exhibit strength, he falls short. Weakness and ineptitude are the mantras of the Joe Biden Presidency. Even though the purpose of her trip remains unclear, she won the battle between the Speaker and President. Maybe that was her intent.

The irony of the Speaker’s journey was it garnered more support from Republicans than from her own Party. She probably would have had a less volatile event had she invited Republican members of Congress to join her. Her need for the spotlight apparently prevented her from sharing the international stage. This looks more like her farewell tour as the days unfold.

The other event during Pelosi’s adventure was her husband, Paul, arraignment on his DUI arrest. This, too, showed the power and privilege of the Speaker. The facts presented about the arrest would indicate Paul Pelosi should be charged with a felony. He was charged with a simple misdemeanor. So many elements showed preferential treatment, including the two-hour wait to administer a blood alcohol test.

Nancy Pelosi is one of the longest-standing members of Congress, but like most, her accomplishments do not match her tenure. One thing she is known for is her ability to raise funds. Not only for her campaigns, the Democrat National Committee coffers, and her family’s net worth. Where Nancy goes, money follows. She may not have had a successful career for America but certainly for Nancy. That leads me to think this trip was for her benefit and not for anyone else. She will not be missed if this is the end of the road.