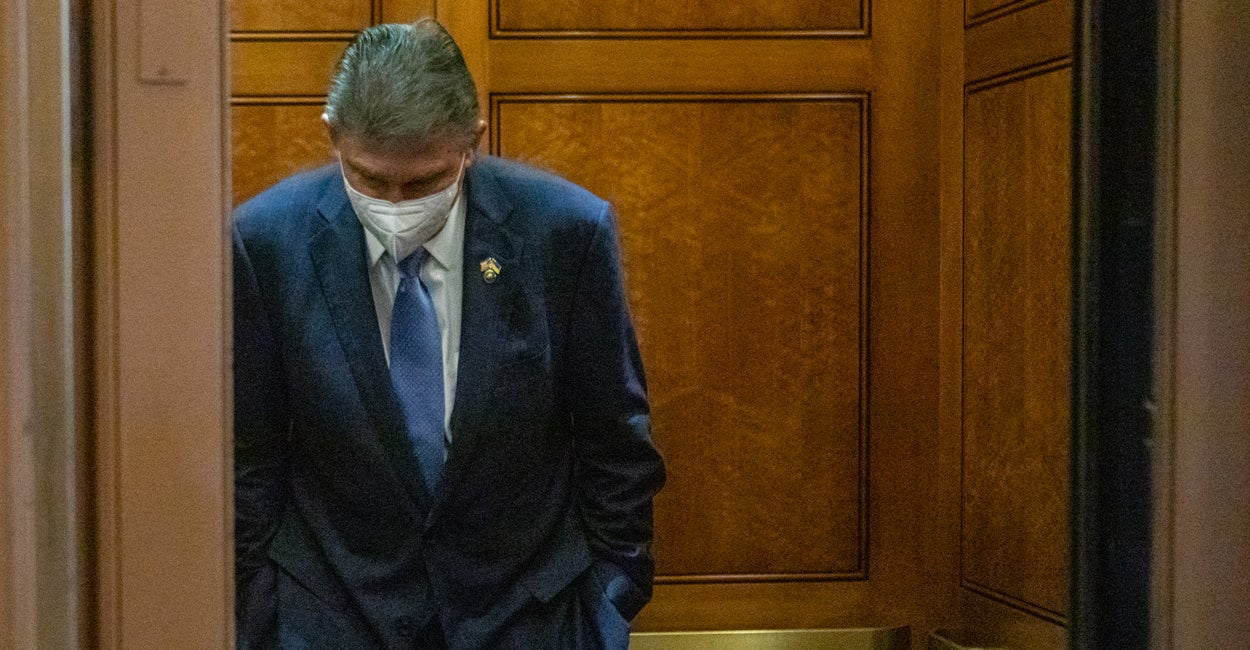 The Democrat-controlled Senate voted Saturday evening along party lines to proceed toward passing a $570 billion tax hike as part of a spending bill packed with costly climate provisions.

Vice President Kamala Harris, in her role as president of the Senate, cast a tie-breaking vote just after 7:30 p.m. to make the tally 51-50 in the evenly divided chamber after nearly two hours.

In negotiations, the bill gained the support of two sometimes maverick Senate Democrats, Joe Manchin of West Virginia and Kyrsten Sinema of Arizona.

President Joe Biden and the Democrats call their legislation, which runs over 750 pages and is projected to impose a $4,500 tax increase on the average American over the next decade, the Inflation Reduction Act.

Shortly after the debate on the actual legislation commenced, however, even Sen. Bernie Sanders, I-Vt., referred to the bill as the “so-called Inflation Reduction Act.”

Sanders, who describes himself as a democratic socialist, quoted the Congressional Budget Office, saying of the bill: “It will have a minimal impact on inflation.”

Inflation stands at 9.1%, with the typical employee’s real wages dropping by almost $3,400. Despite the name of the bill, an analysis of it by the Wharton School at the University of Pennsylvania says:

The Act would very slightly increase inflation until 2024 and decrease inflation thereafter. These point estimates are statistically indistinguishable from zero, thereby indicating low confidence that the legislation will have any impact on inflation.

Jessica Anderson, executive director of Heritage Action for America, said it was ridiculous for Democrats to claim the legislation would reduce inflation. In a prepared statement, Anderson said:

Despite the left’s best attempts to gaslight the American people by naming this package the Inflation Reduction Act, analysis from both The Heritage Foundation and the Joint Committee on Taxation shows that passing this bill will actually increase inflation in the short term while killing jobs and damaging the economy in the long run.

The package attacks American businesses and manufacturers through a 15% corporate book income tax, which will be paid for by Americans in nearly all income categories. In addition to tax hikes on almost all Americans, including billions annually for those making under $200,000 a year, the bill includes $80 billion for the IRS to hire an army of 87,000 more agents to audit Americans in lower tax brackets.

Heritage Action is the grassroots affiliate of The Heritage Foundation, parent organization of The Daily Signal.

Democrats’ spending bill was expected to gain final passage Sunday, again with a tie-breaking vote from Harris if needed.

That’s only after the legislation clears a lengthy “vote-a-rama,”up to 20 hours in which each senator is free to propose amendments and get a vote.

“This is one of the most comprehensive and impactful bills Congress has seen in decades,” Schumer said Saturday during a speech on the Senate floor just prior to the vote to proceed to consider the legislation. “It will reduce inflation. It will lower prescription drug costs. It will fight climate change. It will close tax loopholes, and it will reduce the deficit.”

Democrats are expediting their legislation through the Senate procedure known as reconciliation, in which only a simple majority of 51 votes, not the usual 60, is required to move a bill forward. To do so, the contents must be determined by the Senate parliamentarian to be spending matters, not policy issues.

It’s really an insult to the intelligence of the American people to think that you can spend this much money and you can tax individuals and businesses during a recession—something that everybody from Bill Clinton to Barack Obama to Chuck Schumer to Joe Manchin—said you don’t do, which is raise taxes during a recession.

The Texas Republican also criticized Democrats’ proposal plans to expand the IRS, including by adding over 85,000 agents.

“They want to supersize the Internal Revenue Service with even more manpower and authority to track everyday American people and perform, I presume, many, many more audits not just on the rich and famous but also on middle class Americans,” Cornyn said.

With their proposed amendments, Republicans planned to use the vote-a-rama process to force Democrats into many uncomfortable votes on such provisions.

The legislation calls for spending $369 million to cut carbon emissions by 40% by 2030, consistent with energy policies already pushed by the Biden administration and Democrats.

On the tax side, the legislation aims at raising about $500 billion in revenue through proposed corporate minimum tax requirements and new Internal Revenue Service enforcement measures.

The legislation would spend $79.6 billion to beef up the IRS to do additional tax collection and enforcement. It would add 87,000 new agents to the Internal Revenue Service for tax enforcement. The bill also calls for expanding tax audits and tax liens. The goal is to boost revenue to pay for Democrats’ pet programs.

Biden has said several times that the bill would raise taxes only on Americans earning more than $400,000 a year.

Passage of the legislation, which some Republicans call the Manchin-Schumer-Biden tax hikes, would make Americans earning under $75,000 shoulder an estimated $136 billion—or more than a quarter—of the burden, according to a Heritage Foundation analysis.

The Heritage analysis shows that the revenue measures would fall disproportionately on taxpayers making less than $25,000 per year. Although this group accounts for about 5% of total income in the economy, these Americans  ultimately would bear about 8% of the new tax collections if the Senate passes the bill as written.

Early Saturday, the Senate parliamentarian, Elizabeth MacDonough, did not allow Democrats to move forward with sweeping new measures to control drug prices. However, a provision allowing Medicare to negotiate the cost of prescription drugs that it buys was left in the bill.