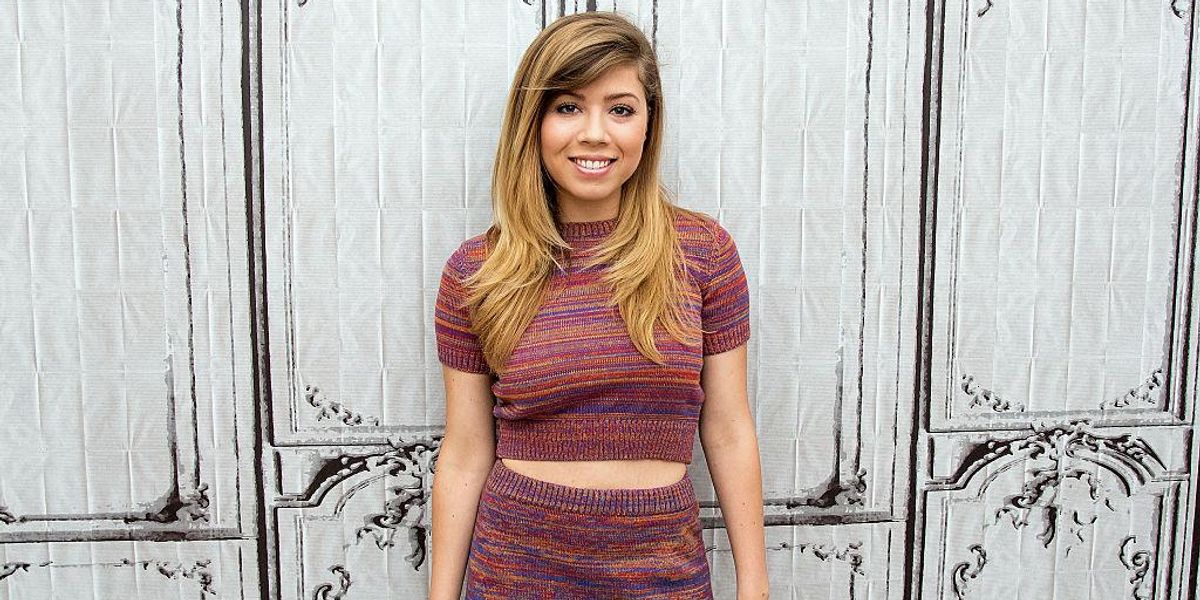 Former Nickelodeon star Jennette McCurdy claimed that the children’s cable TV network offered her $300,000 in “hush money” so that she would not go public with damning accusations.

McCurdy was a Nickelodeon standout actress from 2007 until 2014 – when she was the star of the massively successful “iCarly” TV show and then “Sam & Cat.” During that time, McCurdy said that she was the victim of an alleged abuser that she only refers to as “The Creator.”

McCurdy asserted that “The Creator” pressured her to drink alcohol when she was only 18 years old.

In her upcoming memoir, McCurdy wrote that “The Creator” was “mean-spirited, controlling, and terrifying” and prone to make “grown men and women cry with his insults and degradation,” according to Deadline.

“My shoulders do have a lot of knots in them, but I don’t want The Creator to be the one rubbing them out,” she wrote. “I want to say something, to tell him to stop, but I’m so scared of offending him.”

She also claimed that she was “photographed in a bikini during a wardrobe fitting.”

The childhood actress accused Nickelodeon of offering her $300,000 in “hush money.”

When “Sam & Cat” was canceled, her agent informed her that Nickelodeon was “offering [her] $300,000, which she should “think of it like a thank-you gift.”

She said one of her managers told her, “They’re giving you $300,000 and the only thing they want you to do is never talk publicly about your experience at Nickelodeon.”

McCurdy claimed that the “hush money” was “specifically related to The Creator.”

The actress who played the character Sam Puckett on “iCarly” rejected the offer despite her team contending that it was “free money.” McCurdy fired back, “No it’s not. This isn’t free money. This feels to me like hush money…I’m not taking hush money.”

“What the f**k? Nickelodeon is offering me $300,000 in hush money to not talk publicly about my experience on the show? My personal experience of The Creator’s abuse? This is a network with shows made for children,” McCurdy stated in her book. “Shouldn’t they have some sort of moral compass? Shouldn’t they at least try to report to some sort of ethical standard?”

“I lean back against the headboard of my bed and cross my legs out in front of me,” she added. “I extend my arms behind my head and rest them there in a gesture of pride. Who else would have the moral strength? I just turned down $300,000.”

Dan Schneider was the award-winning producer of “iCarly” and “Sam & Cat.”

After 20 years, Nickelodeon and Schneider parted ways in 2018 despite him producing some of Nickelodeon’s most beloved TV shows.

Deadline reported last year, “At the time, Nickelodeon was the highest-rated network on basic cable, and Schneider was the most successful producer in children’s television, with a resume that included the creation and production of such hit shows as ‘iCarly,’ ‘Drake & Josh,’ ‘Victorious,’ ‘Kenan & Kel,’ and ‘Henry Danger.'”

The New York Times interviewed Schneider in 2021, and asked him about allegations that he sexualized child actors.

“I couldn’t, and I wouldn’t have the long-term friendships and continued loyalty from so many reputable people if I’d mistreated my actors of any age, especially minors,” Schneider told the newspaper.

An investigation of workplace abuse allegations against Schneider by Nickelodeon’s parent company, ViacomCBS, found that there was never any sexual misconduct.

In her new book, McCurdy also claimed that she was exploited – including by her own mother.

McCurdy, 30, said that her mother “failed to protect her” when she was a child.

When McCurdy informed her mother that she was being exploited, Debra McCurdy allegedly replied that this “was the price of showbiz success.”

“Everyone wants what you have,” the mother allegedly told her daughter.

The Nickelodeon star had a tumultuous relationship with her mother. McCurdy’s book is titled “I’m Glad My Mom Died.”