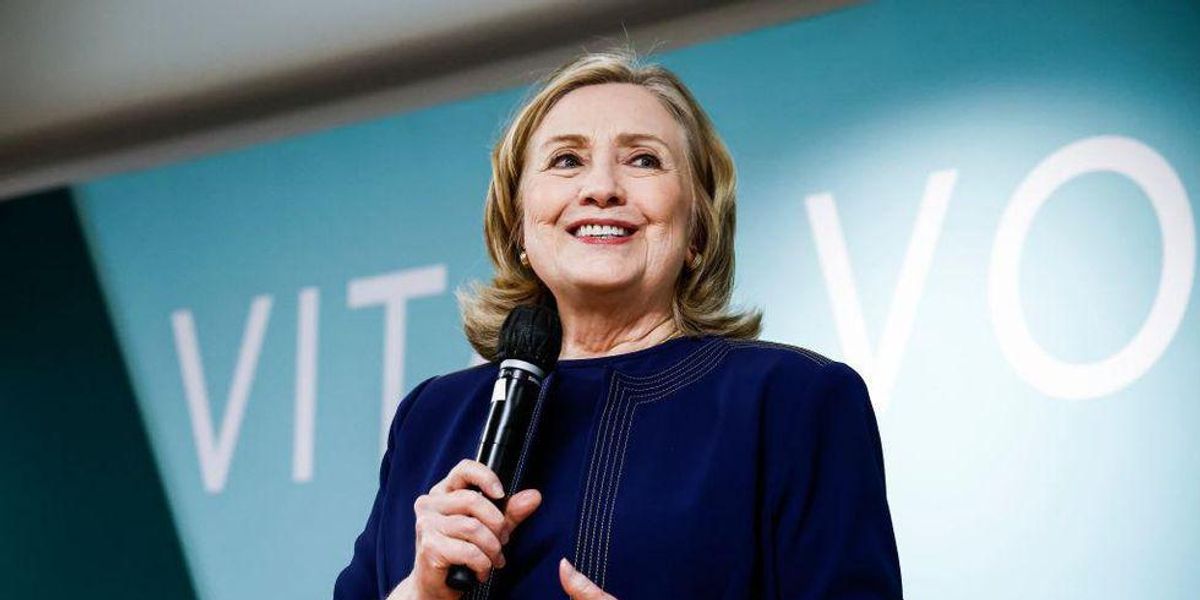 As Americans continue to suffer the painful financial consequences of soaring inflation and high gas prices, former Secretary of State Hillary Clinton issued a tweet in which she wrote, “528,000 jobs in July and a 3.5% unemployment rate. A historic deal to reduce inflation, invest in health care, and tackle climate change with clean energy. The fastest decline in gas prices we’ve seen in a decade. Thanks, Biden.”

As of Friday, the AAA national average price for a gallon of regular gas is $4.113. That figure is down significantly from the high of $5.016 reached in June, but markedly higher than the $3.19 average a year ago.

Raging inflation is an ongoing problem for many Americans. “The all items index increased 9.1 percent for the 12 months ending June, the largest 12-month increase since the period ending November 1981,” according to the consumer price index report released last month by the U.S. Bureau of Labor Statistics.

Democrats appear poised to pass a proposal dubbed the “Inflation Reduction Act of 2022.”

Clinton, who lost the 2016 presidential election to Republican Donald Trump, served as Secretary of State during a portion of President Barack Obama’s tenure in office, and had previously served as a U.S. Senator from the state of New York.

When asked if she could imagine mounting another presidential bid, Clinton said, “No, out of the question,” according to the Financial Times. “First of all, I expect Biden to run. He certainly intends to run. It would be very disruptive to challenge that,” she said.

But Douglas Schoen has contended that a 2024 Clinton White House bid would give Democrats the best shot at securing victory during the election. “If Democrats want a chance at winning the presidency in 2024, Clinton is — now more than ever — their best chance,” Schoen wrote in an opinion piece.

Fascists and Liberals Don’t Want to Label Biden FBI’s Storming of Mar-a-Lago a “Raid”
Clothing subscriptions like Stitch Fix were once hot – but now might be the victims of ‘box fatigue’
Homicides Among Young African-Americans Soared In 2020, New Data Reveals
FOX News Names Permanent Replacement For Chris Wallace On FOX News Sunday
‘So Goes Housing, So Goes the Economy,’ Rep. Ralph Norman Says