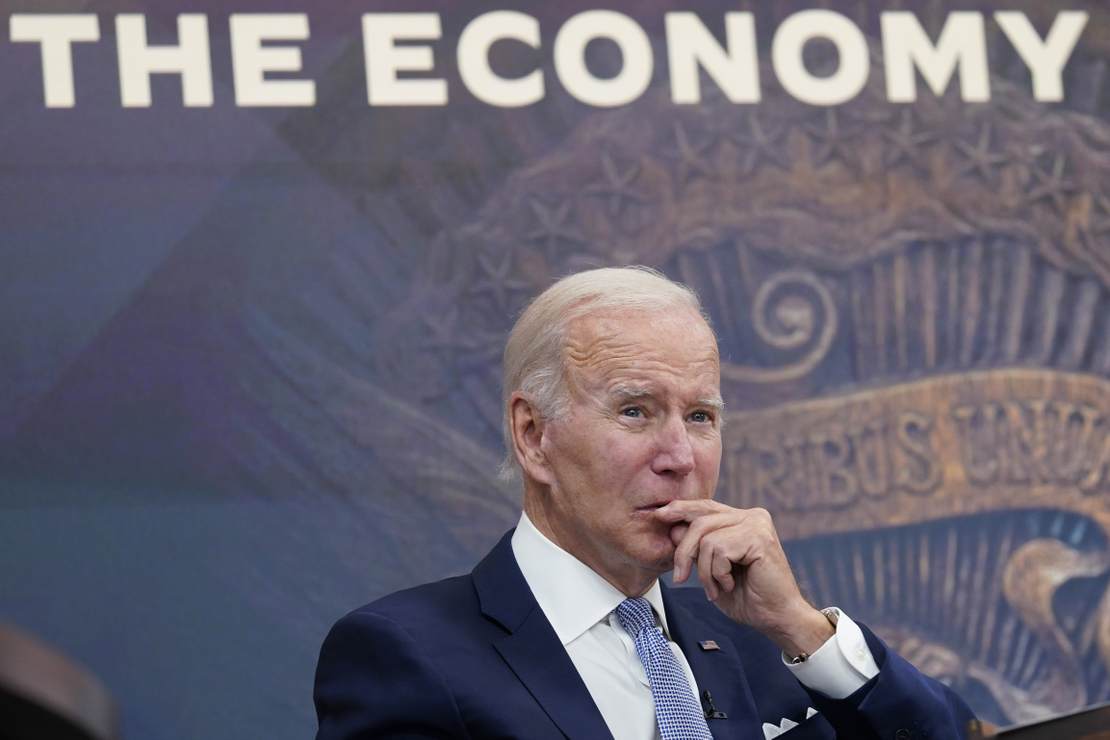 Despite the fact we are in a technical recession (sorry, White House, it’s true), the economy exceeded expectations in the latest jobs report. According to the Bureau of Labor Statistics monthly report, the economy created 528,000 non-farm jobs in July. Dow Jones economists estimated that 258,000 new jobs would be added in July, so the report exceeded expectations. The unemployment rate also ticked down slightly to 3.5%.

“So, as we’ve been saying for many months now […] we’re in the transition to a stable and steady growth,” Jean-Pierre said. “And during that transition, what you’ll see is instead of that record-high-breaking number — job numbers that we’ve been seeing every month in the realm of 500,000 to 600,000 jobs on average per month, we’re expecting to be closer to 150,000 jobs per month.”

Naturally, the White House desperately sought to take advantage of the news, rolled out Joe Biden for an official statement, and quickly took credit for it.

“Today, the unemployment rate matches the lowest it’s been in more than 50 years: 3.5%. More people are working than at any point in American history,” he said. “That’s millions of families with the dignity and peace of mind that a paycheck provides. And, it’s the result of my economic plan to build the economy from the bottom up and middle out. I ran for president to rebuild the middle class – there’s more work to do, but today’s jobs report shows we are making significant progress for working families.”

Despite Joe Biden patting himself on the back for a well-done job, things aren’t as great as Biden wants you to believe.

For starters, the labor force participation rate ticked down in July to 62.1 percent—which is still below the pre-pandemic level of 63.4 percent in February 2020.

According to the report, there are 5.9 million Americans not in the labor force who currently want a job. This number changed little over the previous month and was roughly 900,000 higher than before the pandemic hit in February 2020. However, as the BLS explains, “these individuals were not counted as unemployed because they were not actively looking for work during the 4 weeks preceding the survey or were unavailable to take a job.”

There were other negative metrics as well. In July, there were 2.2 million Americans who were “unable to work because their employer closed or lost business due to the pandemic.” That metric barely changed over the previous month. Another 548,000 people were prevented from looking for work due to the pandemic—roughly the same as in June.

How that’s still possible at this point is mindboggling.

But it gets worse.

The so-called Biden recovery is leaving a specific group of people behind: black Americans. Despite the small downtick in the overall unemployment rate, black unemployment in July hit 6.0 percent, up from 5.8 percent in June. Other demographics saw decreases in unemployment. Biden may congratulate himself every time he hires or nominates a minority, but his economy is not working well for black Americans. We’ve been seeing evidence of this for months.

Black Americans also struggled to regain employment under Obama. The Trump economy, however, saw significant gains for everyone. Yet, the media trashed the Trump economy and praised both the Obama and Biden economies. Go figure.