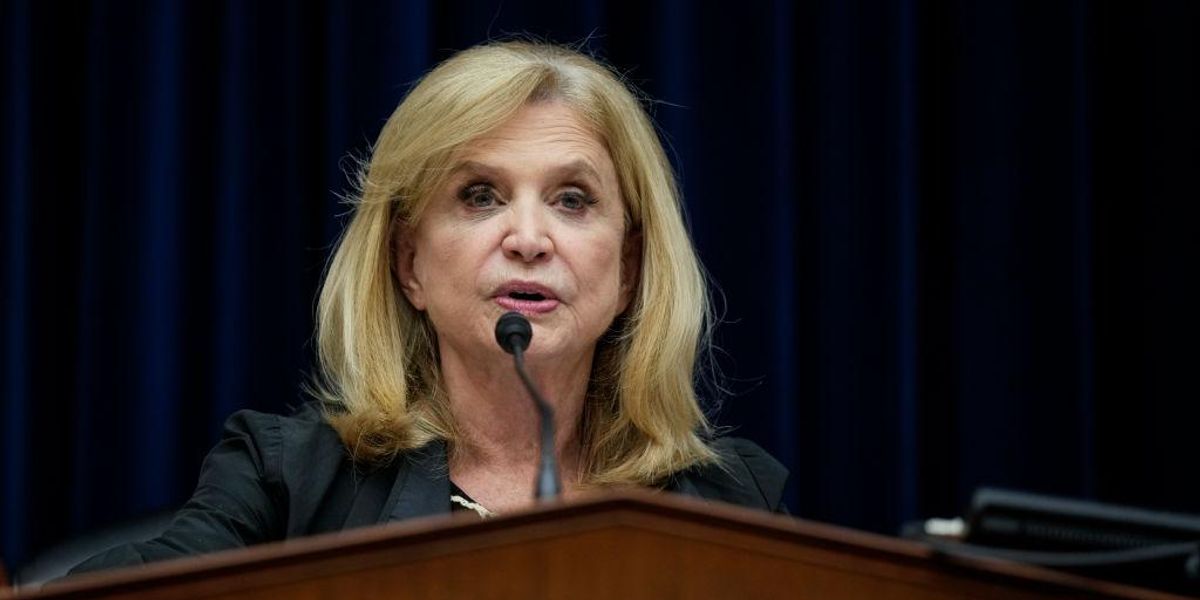 Democratic Rep. Carolyn Maloney of New York publicly apologized to President Joe Biden during a Thursday appearance on CNN’s “New Day,” saying that while she does not expect the president to seek re-election, she will support him if he opts to do so.

“Mr. President, I apologize,” Maloney said. Continuing to direct her remarks toward Biden, Maloney then told the president that she wants him to run, but does not believe that he will do so. “But when you run, or if you run, I will be there 100%. You have deserved it. You are a great president,” the long-serving congresswoman said.

During a primary debate on Tuesday, the candidates were asked whether the president should run for re-election — Maloney responded by saying that she did not think that Biden was running again.

Following the debate, Maloney said in a statement that the president “has shown exemplary leadership.” She declared in the statement, “If Biden chooses to run for President again, I absolutely intend to support him.”

The lawmaker issued a tweet on Wednesday praising the president and declaring that she will back him if he seeks another term: “I will absolutely support President Biden, if he decides to run for re-election. Biden’s leadership securing historic investments for healthcare, climate & economic justice prove once again why he is the strong and effective leader we need right now.”

u201cI will absolutely support President Biden, if he decides to run for re-election. nnBidenu2019s leadership securing historic investments for healthcare, climate & economic justice prove once again why he is the strong and effective leader we need right now. ud83euddf5u201d

During the interview on Thursday, CNN’s Brianna Keilar repeatedly asked Maloney why she did not think that Biden would run again, but the congresswoman never explained her rationale.

Biden said last year that he intends to seek re-election provided that he is healthy. He is already the oldest president in U.S. history and would be 86 years old by the end of a second term.

When fielding the debate question about whether Biden should run for reelection, Democratic Rep. Jerrold Nadler of New York said that it would not serve the Democratic Party to consider the issue until after the midterms have occurred.

“Anyone watching last night’s debate would have heard my extremely effusive comments about President Biden’s performance during historically trying times. As I have said many times, I strongly support the president,” Nadler said in a statement. “My point in response to a yes or no question about the 2024 election was simply that a discussion about anything other then the historic midterm election this year is a distraction from our important work of keeping our House and Senate majorities and protecting our democracy.”

u201cNadler is out with some post-debate spin this morning, emphasizing that while he is supportive of Biden, he believes any convo not related to the upcoming midterm elections is a u201cdistractionu201dnn”As I have said many times, I strongly support the President,” he writes in partu201d

Amazon Slams Government Harassment Of Executives
Stores and suppliers clash over price hikes as shoppers hit by sticker shock
Anti-ESG Fund Rakes In Millions After Two Days On The Market
Salman Rushdie in surgery after he was stabbed in neck and abdomen, police say
‘She deserves to rot in jail’: Brevard County Sheriff Wayne Ivey says a woman drowned her chihuahua in a pool