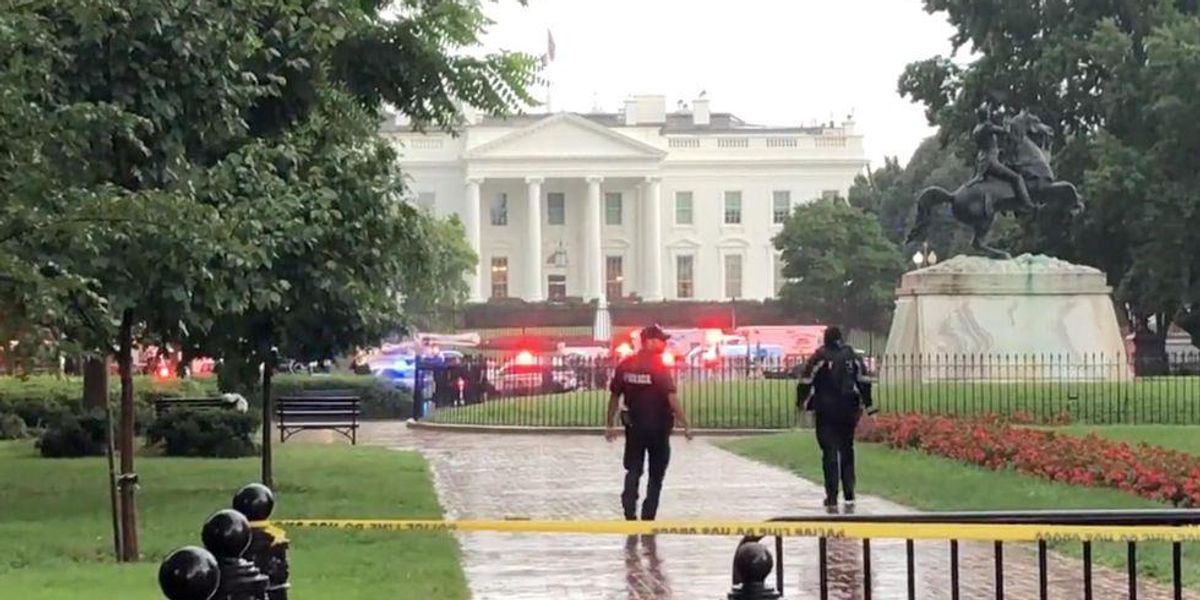 Lightning struck outside of the White House in Washington, D.C., on Thursday and four people were critically injured.

The incident occurred just before 7 p.m. on Thursday when the victims were found on Lafayette Square in front of the White House, near a statue of former President Andrew Jackson.

D.C. emergency services said in a tweet that two men and two women were hospitalized as a result of the strike and added that they all had critical life-threatening injuries.

Members of the Secret Service and U.S. Park Police administered CPR on the victims, who were unconscious when found, according to D.C. Fire and EMS Public Information Officer Vito Maggiolo.

Maggiolo could not elaborate on what injuries the four had suffered.

One video from a Fox weather camera showed a lightning strike from about the time the incident occurred.

CBS News White House correspondent Nancy Cordes also posted a video of the lightning strike and added that it was so loud that it made her and a CBS producer jump up in fright.

In 2020, another lightning strike injured two National Guardsmen near Lafayette Park during the protests over the death of George Floyd. They were hospitalized with non life threatening injuries.

Officials shut down a portion of the park while emergency crews remained at the scene.