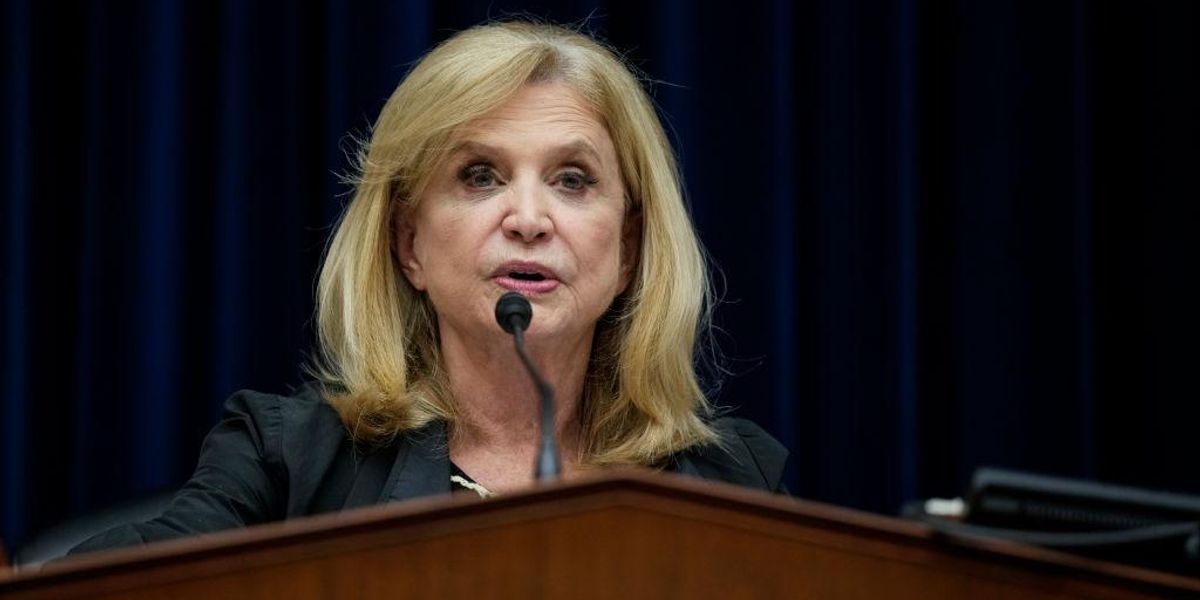 A top House Democrat backtracked Wednesday after she cast doubts on whether President Joe Biden would run for re-election in 2024, although Biden has insisted he will.

Rep. Carolyn Maloney (D-N.Y.), who is running in the contested primary for New York’s newly redrawn 12th Congressional District, would not say whether Biden should run again when the topic came up during a debate Tuesday night.

“I don’t believe he’s running for re-election,” Maloney said. It was a surprising answer from a longtime Democrat who is the chairwoman of the House Oversight Committee and has served in Congress for nearly three decades. But she wasn’t alone.

Maloney’s primary opponent, veteran lawmaker Rep. Jerry Nadler (D-N.Y.), had dismissed the question without throwing his support behind Biden, telling debate moderators it was “too early to say” and that speculating about the president’s intentions “doesn’t serve the purpose of the Democratic Party to deal with that until after the midterms.” Nadler is the powerful chairman of the House Judiciary Committee.

Newcomer Suraj Patel, 38, who is challenging the two incumbent Democrats, each in their mid-70s, quickly said “yes” Biden should run for re-election.

The fact that two Democratic House chairmen gave noncommittal answers about supporting Biden in 2024 is a bad sign for Biden, who needs to consolidate Democratic support if he does want to run for re-election. However, the president’s approval rating is a dismal 39 percent, according to FiveThirtyEight, which has caused Democrats anxiety as the midterm elections approach. They worry that dissatisfaction with Biden could sink their chances of keeping a House majority.

Other Democrats have spoken up about giving Biden the boot. Rep. Angie Craig (D-Minn.) told her local newspaper MinnPost on Tuesday: “I would say we need new leaders in Washington up and down the ballot in the Democratic Party.” Another Minnesota Democrat, Rep. Dean Phillips, said last week he’d prefer that Biden not run again. “I think the country would be well served by a new generation of compelling, well-prepared, dynamic Democrats to step up,” he told a local radio station.

But by Wednesday, Maloney did not want to be counted among those whose loyalty to Biden appears shaky.

“I will absolutely support President Biden, if he decides to run for re-election,” Maloney tweeted, clarifying her debate comments. “Biden’s leadership securing historic investments for healthcare, climate & economic justice prove once again why he is the strong and effective leader we need right now.”

“I urge all Democrats to stay united & focused on working towards winning the midterms,” she said.

“Right now, I am concentrating on the upcoming Democratic primary on August 23rd & the issues that matter to the voters of #NY12.”

‘Banana Republic’: DeSantis and other conservatives sound off after Trump says the FBI raided his Mar-A-Lago home
How Sri Lanka’s economic collapse raises alarm bells for other emerging markets
‘Are You Kidding Me?’ CNN’s S.E. Cupp Told To Get Out Of Her Bubble On Mar-a-Lago Raid
Here’s the Truth About What ‘Inflation Reduction Act’ Would Do
Iranian operative charged over ‘plot to kill Trump’s former adviser John Bolton’