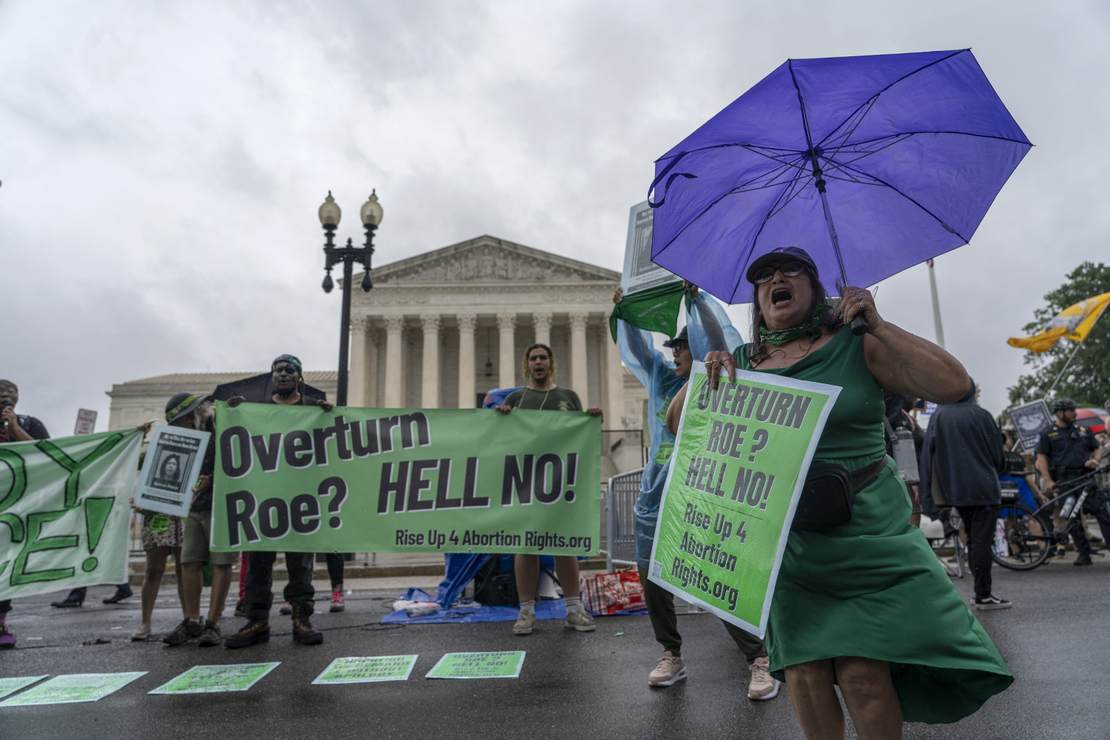 In the face of historic inflation, record high gas prices, a supply chain crisis, a border crisis, and a slew of other problems, the mainstream media is desperately trying to convince themselves (and perhaps their viewers) that a red wave isn’t coming and that Democrats can still come from behind and pull off a victory.

For example, on Monday’s episode of CBS Mornings, they examined the latest Battleground Tracker and pontificated what Democrats can do to retain power. According to fill-in co-host Vladimir Duthiers and Anthony Salvanto, the CBS News elections and surveys director, the answer is simple: talk about abortion.

“Let’s talk the House. What could cause the Democrats to lose their majority?” asked Duthiers.

According to Salvanto, the network currently predicts Republicans to win a 230-205 majority in the House.

Duthiers, trying desperately to find a silver lining, shifted the conversation to issues that could drive voters to the polls and help the Democrats.

“Let’s talk about the issues that could drive voters to the polls, Roe v. Wade, the January 6th hearings, could that help the Democrats?” he asked.

Salvanto suggested that abortion is as important to women as economic issues, but I’ve seen a lot of polling on this, and that just doesn’t pan out.

A survey conducted by Cygnal of likely voters in 15 battleground states found that economic issues weigh far more heavily on voters’ minds than abortion. Inflation, the economy, and jobs account for a combined 56%, followed by crime at 9% and abortion at 8%.

“Abortion isn’t a top issue for voters — not even close,” Dee Duncan, the Republican State Leadership Committee president, said. “While abortion is an issue people care about, the data makes clear that it is not among the top issues that will drive voting behavior in November. Instead, this election will remain about Biden’s failing economy.”

According to a Gallup poll released Monday, abortion has increased as an important issue over a couple of months ago—in fact, it’s the highest ever recorded. A whopping 8 percent. Inflation and government/leadership each get 17 percent, and the economy generally gets 12 percent. In other words, 29 percent of voters say economic issues are the most important, and if you count fuel and gas prices as an economic issue, that brings it up to 34 percent. That’s compared to just 8 percent who say abortion.

Now, even if we assume everyone who named abortion a top issue is pro-abortion, that doesn’t give the left much hope for November. Ahh, but it gets worse for the pro-abortion left.

Here’s a key observation from Gallup:

The jump in mentions of abortion as the top problem is likely a direct reflection of the recent Supreme Court Dobbs decision overturning Roe v. Wade. Media outlets began reporting the leaked court decision on May 2, and mentions of abortion as the top problem rose to 5% in Gallup’s May poll. These mentions fell in the June survey, which was conducted before the court issued its ruling in the Dobbs case on June 24. Gallup’s July survey showing the 8% mentions for abortion began after the court’s official publication of that decision. [emphasis mine]

That one sentence is critical. Mentions of abortion as the top issue increased after the leak of the draft Dobbs opinion, declined the next month, then went up again after Supreme Court issued the final ruling. That suggests that abortion being an important issue for those few Americans who prioritize it over everything else subsides over time. This makes sense. People regularly shop for food, clothes, and gas, and the rising prices affect their families far more directly than other issues.

And that’s why the Democrats are still screwed.