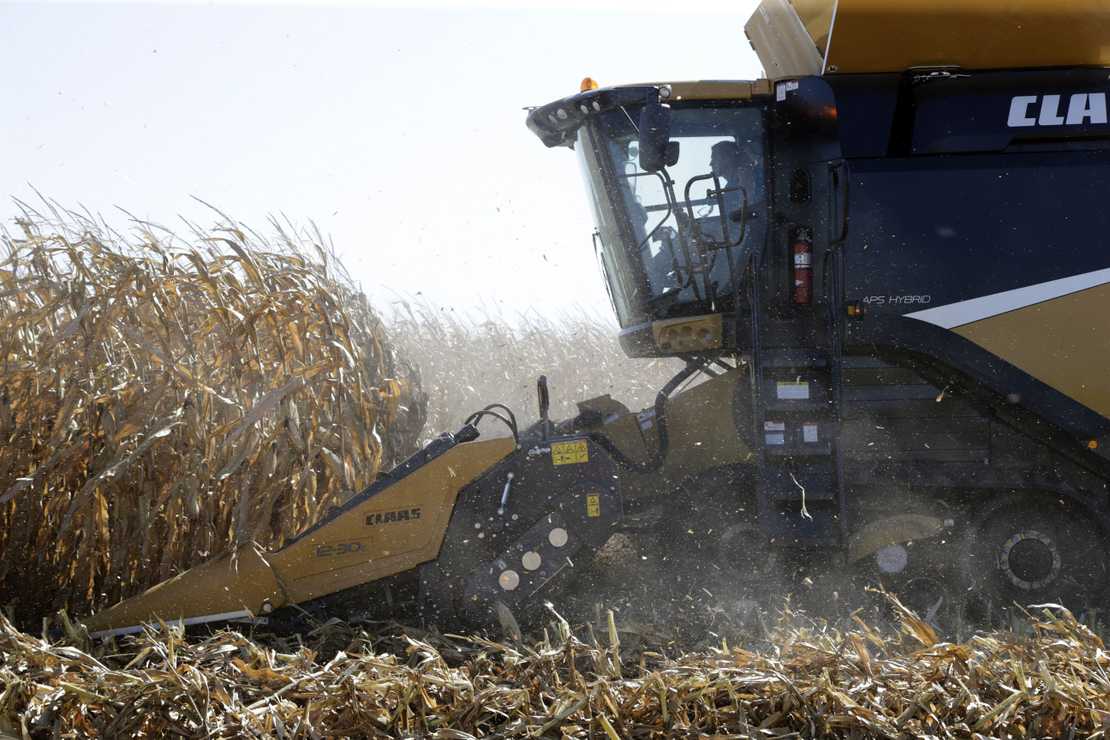 The news has covered the plight of Sri Lankan farmers and the anger of ranchers in the Netherlands. More recent reports have given us reason to believe that Canada is not far behind. Even President Biden has warned that food shortages could become a reality, though most administration officials blame it on the war in Ukraine. The media has not paid nearly enough attention to how much worse the problem is thanks to the Biden administration’s energy, agricultural, and economic policies.

The Biden administration’s Waters of the United States rule (WOTUS) would drastically expand the jurisdiction of the EPA and federal regulators over farm and ranch land. The new rule allows regulators to examine “waterways” as small as a pothole or a ditch. It also gives them the power to levy punitive fines and even impose a shut down of operations.

Recommended: Why Biden Will Likely Forgive Some Student Loan Debt

In July, Biden’s EPA also proposed new herbicide regulations that touch almost every method farmers have to protect their crops from pests and disease without providing any alternatives. A letter sent by several dozen Republican members of the House to President Biden noted:

These decisions include, but are not limited to, EPA’s decision to prohibit the use of chlorpyrifos on food crops grown in the U.S., recent biological evaluations (BEs) and proposed interim decisions (PIDs) for a variety of crop protection tools, and the reversal of longstanding policy relating to federal preemption. This Administration’s decision to undermine its career scientists has created additional uncertainty for producers, leaving them without readily available alternatives for key planting decisions.

The letter also noted the administration’s all-of-government approach to climate regulation. Now, in addition to the Department of Agriculture, the EPA, and the Bureau of Land Management, small farms must contend with the Securities and Exchange Commission:

The war on agriculture has even expanded to other Federal agencies, most recently through the proposed Securities Exchange Commission (SEC) rule, “The Enhancement and Standardization of Climate-Related Disclosures for Investors,” issued on March 21, 2022. This rule, through socalled scope 3 emissions, would require farmers, regardless of size, to track and report data to the companies with which they work. Many small farmers do not have the time or resources to comply with such onerous requirements. During a time when this Administration purports to support deconsolidation in the agricultural system, this rule would result in the exact opposite.

These regulations are coming just as input prices are skyrocketing. According to research from the Republican National Committee:

Now add record gas and diesel prices thanks to Biden’s energy policy. While the administration touts a slow decrease in fuel prices in the past 30 days, farmers were paying record high prices all summer. The diesel price topped at an all-time record of $5.81/gallon on June 19, 2022. A farmer’s livelihood depends on what they can get in the ground, their total yield, and the ability to get it to market on time. All of these are at risk under the Biden energy agenda.

In an appearance on News Nation earlier this summer, National Black Farmers Association President John Boyd, Jr. explained how store shelves become empty for an entire product category, such as cereal. “Most people don’t know, corn for instance. It is in Corn Flakes and corn syrup. Soybeans are in all sorts of products that wind up in your local grocery stores. When you don’t have enough corn, when you don’t have enough wheat, when you don’t have enough soybeans, those things are major items that we need to make all of these other products that are not going to be in your local grocery stores like we have been used to.” Like Biden, Boyd sees food shortages by the fall.

In 2020, dairy farmer and former Representative Devin Nunes spoke to Lara Logan for a Fox Nation special. He told Logan the onerous water regulations were one reason he went to Congress. “This started in San Francisco for some reason. And they started an attack on agriculture. And now you see it. It is all over the globe now. But we were really the first ones they experimented with.”

The price of reducing productive land in California’s Central Valley for decades, coupled with a quick erosion of the productivity of independent farmers and ranchers in the rest of the nation and around the world, is about to come due. And the collateral damage will be starvation. While Americans may not be able to get their preferred brands or foods, areas of the world that depend on the United States, Canada, and Europe for their essential foods will starve.

It is too ironic that the United Nations has “End hunger, achieve food security and improved nutrition and promote sustainable agriculture” as its second sustainable development goal after ending poverty. Yet they are the same organization endlessly pushing climate hysteria and the policies that make large-scale food production impossible. It’s almost like they lie about their priorities and are just really “trying to keep their hands on as many levers as possible.”

Investors are looking to Warner Bros Discovery for a streaming strategy — it already gave us a big hint
Bandit, the ‘guard cat,’ wards off armed bandits attempting to break into Mississippi home
Tulsi Gabbard lights up Kamala Harris for ‘hypocrisy’ of defending Brittney Griner and not Americans locked up at home for marijuana violations
NYC Mayor Adams Declares State of Emergency Over Monkeypox
Firefighter fears 10 of his relatives have died in house blaze