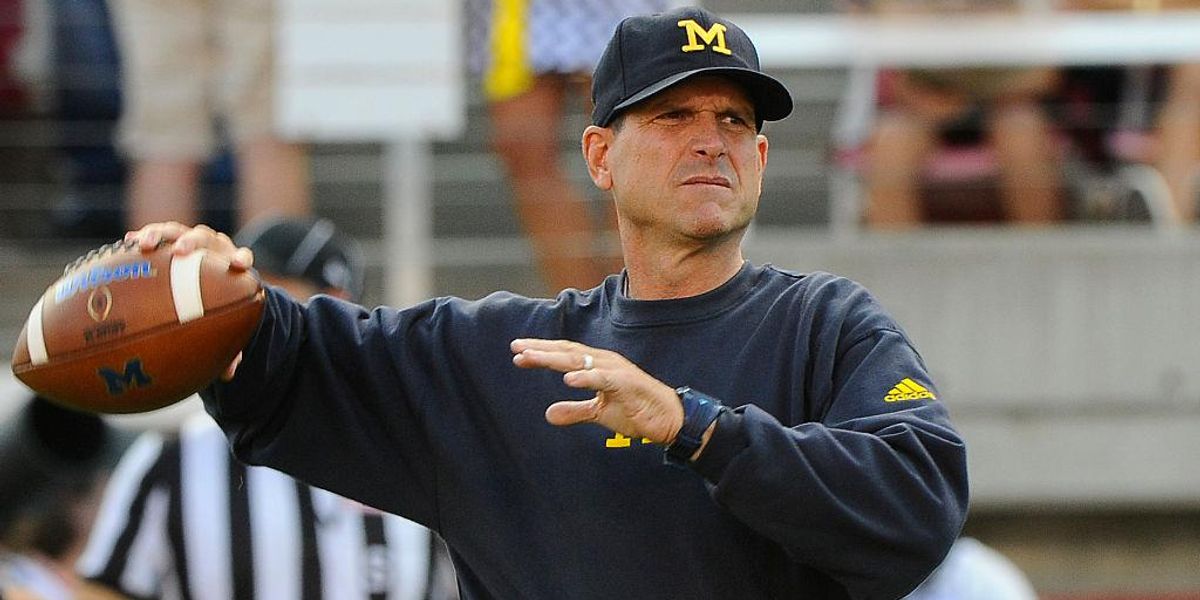 University of Michigan head football coach Jim Harbaugh put his money where his mouth is in the debate over abortion. Harbaugh recently delivered an impassioned defense of the unborn, and offered to adopt any child that was unwanted by his players and staff members.

Harbaugh unapologetically railed against abortion during an interview with ESPN this week, while also advocating for adoption.

“I’ve told [them] the same thing I tell my kids, boys, the girls, same thing I tell our players, our staff members,” Harbaugh told ESPN’s Gene Wojciechowski. “I encourage them if they have a pregnancy that wasn’t planned, to go through with it, go through with it. Let that unborn child be born, and if at that time, you don’t feel like you can care for it, you don’t have the means or the wherewithal, then Sarah and I will take that baby.”

At a pro-life fundraising event in Michigan on July 17, Harbaugh and his wife Sarah said they would fight for the unborn.

“I believe in having the courage to let the unborn be born,” Harbaugh said, according to the Detroit Catholic. “I love life. I believe in having a loving care and respect for life and death. My faith and my science are what drive these beliefs in me.”

During the event, Harbaugh read a quote from Jeremiah 1:5: “Before I formed you in the womb, I knew you. Before you were born, I set you apart. I appointed you as a prophet to the nations.”

Harbaugh admitted that the overturning of Roe v. Wade by the Supreme Court had caused fierce tensions between Americans.

“Passions can make the process messy, but when combined with respect, it ultimately produces the best outcomes,” said Harbaugh – who is a devout Catholic. “This process has been passionate and messy, but I have faith in the American people to ultimately develop the right policies and laws for all lives involved. I recognize one’s personal thinking regarding morality of a particular action may differ from their thinking on whether government should make that action illegal. There are many things one may hold to be immoral, but the government appropriately allows because of some greater good or personal or constitutional right.”

Harbaugh concluded, “Yes, there are conflicts between the legitimate rights of the mother and the rights of the unborn child. One resolution might involve incredible hardship for the mother, family and society. Another results in the death of an unborn person.”

ESPN asked about his pro-life comments he made earlier this month.

“Faith, family, football … those are my priorities. I just think that … the abortion issue is one that’s so big that it needs to be talked about,” Harbaugh declared. “It needs serious conversation. What do you think? What do I think? What do others think?”

“It’s a life-or-death type of issue. And I believe in, and I respect, people’s views,” the football coach explained. “But let’s hear them. Let’s discuss them because there’s passion on both sides of this issue. So when you combine that with respect, that’s when the best results come. … [I’m] just contributing to that conversation and that communication, which I think is really important, in my opinion.”