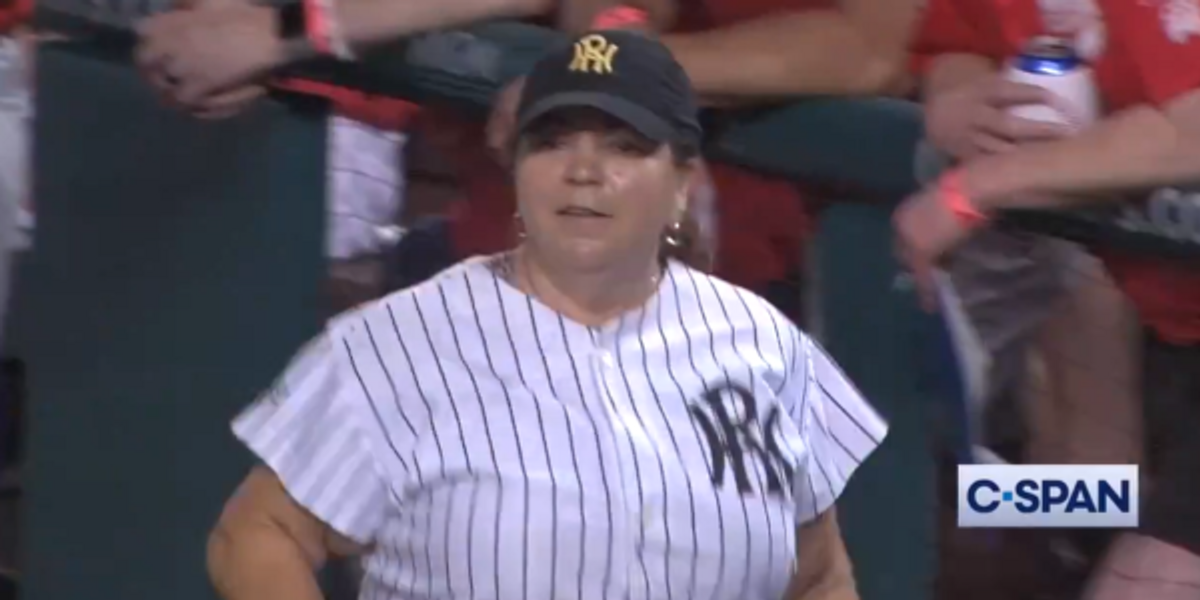 Rep. Linda Sanchez (D-Calif.) has changed her story as to why she flashed an obscene gesture at Republicans at the Congressional Baseball Game. However, the liberal lawmaker still maintained that she was the victim of the situation and somehow managed to blame Republican women.

During the Congressional Baseball Game on Thursday, Sanchez was lifted for a pinch runner. As the Democratic representative was jogging in foul territory, she gave the middle finger as she passed the Republican dugout.

u201cDemocrat Rep. Linda Sanchez (CA) flips off the Republican dug out. Her team got blown out 10-0.https://t.co/CgPOaEsLs4u201d

Sanchez issued a statement on her outlandish behavior on Friday – which made it seem that she flipped the bird because of rude comments made by GOP lawmakers.

“The Congressional Baseball Game is one of my favorite events of the year. It’s a great cause and brings both sides of the aisle together for a night off from partisan politics,” Sanchez said. “That is why it really struck a nerve when I heard an offensive and misogynistic comment from the Republican side on my way back to the dugout.”

“In the heat of the moment, I reacted. I have no tolerance for men who make women feel like they are unimportant or don’t belong – especially on the field,” she continued. “I will always stand against that kind of bigotry.”

However, the insinuation made by Sanchez was disputed by Corey Inganamort – who is the mascot coordinator for the Washington Nationals.

“I was in the dugout with the Republicans last night. She is lying,” Inganamort said of Sanchez. “Nothing offensive or misogynistic was said by anybody. In fact, everybody was shocked by what @RepLindaSanchez did.”

u201cI was in the dugout with the Republicans last night.nnShe is lying.nnNothing offensive or misogynistic was said by anybody.nnIn fact, everybody was shocked by what @RepLindaSanchez did.u201d

Sanchez has seemingly changed her story.

Sanchez gave a second statement where she made the clarification that Republicans did not make crude comments to her, but it was a fan.

“It wasn’t the team,” Sanchez told NBC News’ Frank Thorp “It was an obnoxious fan who shouts misogynistic s**t at me every single year.”

Sanchez refused to repeat what the fan said.

“I’m not going to dignify it with a response because it’s nasty and it’s crude, and it has no place at a charity baseball game,” Sanchez said.

Sanchez then blamed Republican women for her deceptive first response.

“If the Republican women would have stood up and said that’s not acceptable instead of, you know, trashing me for my response then we might have a place where there’s no misogyny that’s tolerated by anybody anywhere,” the Democrat argued.

The Republicans would easily coast to victory by trouncing the Democrats by a score of 10-0.