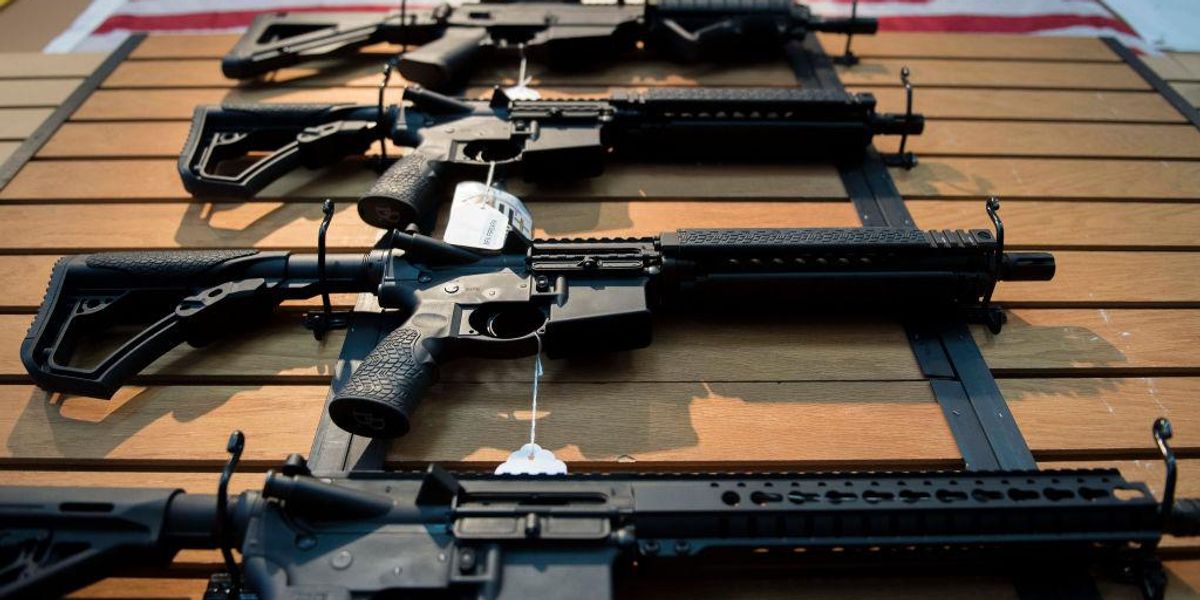 The House of Representatives on Friday passed the “Assault Weapons Ban of 2022,” a bill that would ban various semi-automatic guns, though the measure would grandfather in firearms that people already own.

“It shall be unlawful for a person to import, sell, manufacture, transfer, or possess, in or affecting interstate or foreign commerce, a semiautomatic assault weapon,” the text of the bill states. “Paragraph (1) shall not apply to the possession, sale, or transfer of any semiautomatic assault weapon otherwise lawfully possessed under Federal law on the date of enactment of the Assault Weapons Ban of 2022.”

Republican Reps. Chris Jacobs of New York and Brian Fitzpatrick of Pennsylvania joined most Democrats in voting for the bill, but Democratic Reps. Kurt Schrader of Oregon, Henry Cuellar of Texas, Jared Golden of Maine, Ron Kind of Wisconsin, and Vicente Gonzalez of Texas voted against the bill.

The measure will almost certainly fail to clear the Senate chamber, where 60 votes would be needed to surmount a filibuster.

“Today, House Democrats acted by unifying to pass an assault weapons ban to keep weapons of war off our streets, save lives in this country, and reduce crime in our communities,” President Joe Biden said in a statement. “The Senate should move quickly to get this bill to my desk, and I will not stop fighting until it does.”

GOP Rep. Andrew Clyde of Georgia said in a statement, “I will never yield in my support and defense of the Second Amendment, which is why I vehemently opposed this unconstitutional and illegal piece of legislation.”

The text of the Second Amendment reads, “A well regulated Militia, being necessary to the security of a free State, the right of the people to keep and bear Arms, shall not be infringed.”

NRA-ILA Executive Director Jason Ouimet said in a statement that “gun control advocates in Congress are spearheading an assault upon the freedoms and civil liberties of law-abiding Americans. The promises made in HR 1808 are nothing short of a lie based on willful ignorance of the disastrous 1994 Clinton Gun Ban which failed to produce any significant drop in crime.”

What is She Wearing? Jill Biden Goes Shopping with Hunter’s Wife – Dons a Tacky Blue Dress
China Walks Back Promise Not To Use Force In Taiwan ‘Reunification’
President Joe Biden’s Schedule for Tuesday, August 9, 2022
After years of rapid growth, the housing market is showing clear signs of slowing down
Italians Say Ciao To Domino’s As Last Franchise Closes