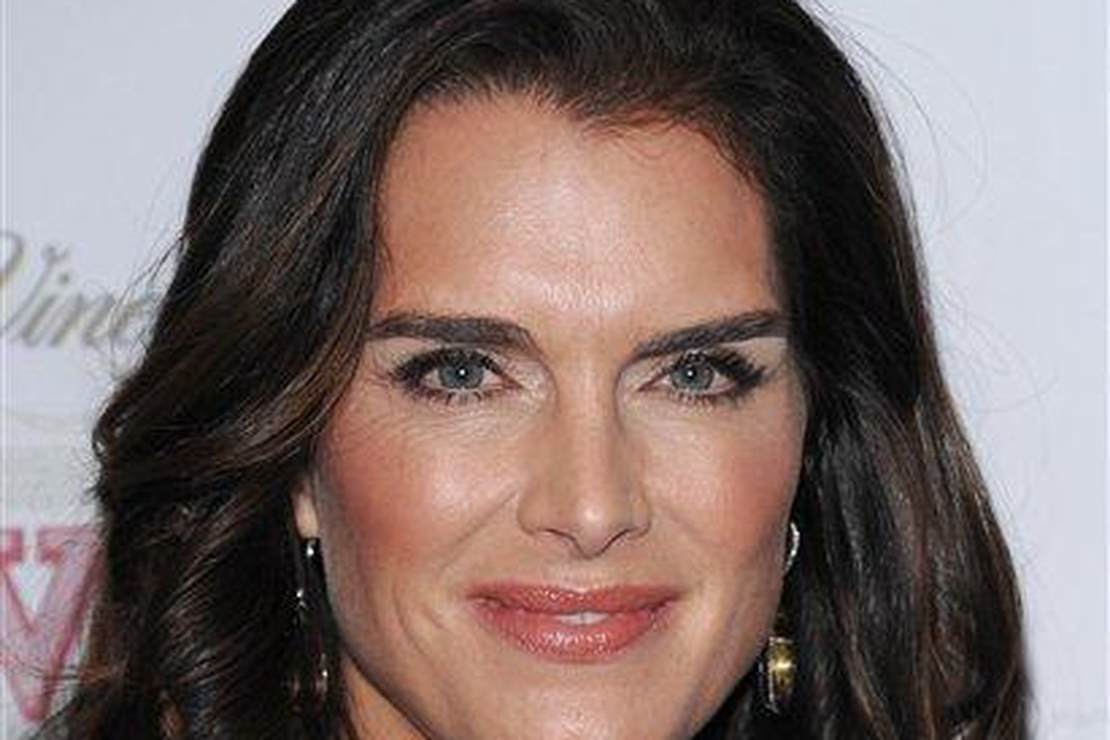 The #MeToo movement was about more than sexual harassment. Amber Heard told us that it was also about the lack of meaty roles for women in Hollywood. She complained in interviews about being typecast as the sexpot instead of being offered good character roles. Anyone who has ever watched Heard in a movie knows why she wasn’t offered anything more substantial than “pretty girl fills out a tight costume well” parts. She’s a terrible actress with no presence on the screen. She is totally forgettable. Her performance on the stand during her disastrous defamation case was Razzie-worthy and the most entertaining show she ever put on.

Other forgettable actresses regularly come out and complain that women over 40 just can’t get a break in Hollywood and they blame it on misogyny and patriarchy and all the usual villains. The latest actress who is trying to gin up publicity with this stupid lie is Brooke Shields.

“I’m still in a career, I’m still working, I’m here and I was shocked by how unrepresented I was,” Shields said to King. “You’re either [in your] 20s and sexy and fabulous or you’re in Depends and you’ve got dentures.” …”We’re not marketed to!” Shields said. “Once you’re over, you stop working; you’re, like, put out to pasture. I was incensed by that.”

I think people who believe this don’t watch movies or television. I compiled a huge thread on Twitter of all the over-40 actresses who had and continue to have great parts in entertainment. But as I started making my list that included Dame Judi Dench, Sally Field, Susan Sarandon, Sigourney Weaver, Laura Linney, Julia Roberts, Robin Wright, Meryl Streep, Diane Keaton, Jane Fonda, Lilly Tomlin, Kathy Bates, Jodie Foster, Winona Ryder, Emma Thompson, Annette Bening, and more, it occurred to me that they all have something major in common: none of them tried to alter the aging process (or at least they don’t look like they have).

Each one of those women has aged naturally on camera. They all look their age. They haven’t erased fine lines or wrinkles with face distorting injections and surgeries. And then as they aged they took on new challenges. Instead of playing the sexy siren, they moved on to the wicked queen or age-appropriate mother roles.

You have to be willing to take roles that aren’t the sex symbol. Plenty of roles for moms and grammas. How come women like Dame Judy Dench have acted forever in fabulous roles? Adapt. Accept your age. Accept new roles. https://t.co/4oF3lUhKzg

The desire that women in Hollywood have to remain 20 forever is impeding their ability to get work. What director wants to hire a 50-year-old woman attempting to look 25 for a 50-year-old role? And are these women who complain about the lack of roles willing to take roles that make them look unattractive or older?

The actresses I named all have years marked on their faces and with it the wisdom to know that as you age, your roles change. The innate sexiness of a woman isn’t determined by youth. Who could argue the sex appeal of Susan Sarandon even now? But the more important characteristic she has is the ability to be anyone on screen. She hasn’t been afraid to appear tired or worn down for a character, or play it buttoned up and serious—like one of her best roles in The Client in which she played a struggling attorney trying to protect a child witness from the mob. She was brilliant in that, and she was 46 at the time. So much for women over 40 not getting great roles.

Actresses who complain about the lack of good roles for women perhaps aren’t really in the running for any of the good roles because they lack the talent. And actresses who say there are no sexy roles for women over 40 have clearly never watched Grumpier Old Men. Holy cow! Sophia Loren is 61 and unbelievable in that movie. She is so beautiful she’s almost hard to look at. Your eyes just cannot comprehend what they are seeing. Ann-Margret was also stunning in the first movie Grumpy Old Men at 54.

But all of these women not only have beauty, but they have acting chops too. No one can float forever on looks in Hollywood. Eventually, people notice that a person like Amber Heard is less interesting than junk mail and there are lots of prettier women out there who don’t whine incessantly about the patriarchy and all the supposed slights they’ve suffered.

Related for Our VIPs: Ancient Archetypes, Amber Heard, and How to Avoid Both

Aging as a woman is not easy. It’s scary and upsetting to find wrinkles that weren’t there yesterday or gray hairs that seem to multiply with alarming speed. But what’s the alternative? Stuffing yourself with silicone and possibly deforming the face your grandmother gave you? It’s a far better option to just get as much exercise as possible and eat better.

When I start to feel panicky about how much older I’m appearing in the mirror, I remember that I haven’t laid eyes on the dear face of my Grandma Vicky in over 20 years now since she was buried in the ground. But each day that my face gets a little older, I have seen glimpses of her looking back at me. What a blessing it will be if my face becomes like hers. She had the softest skin and deep wrinkles when she laughed. And most importantly, she was kind and good and never worried about silly things like the size of her nose. She was too busy delighting her grandchildren with silly songs and letting us brush her salt and pepper curls and enjoying the fruits of her life to worry about such mundane and meaningless things.