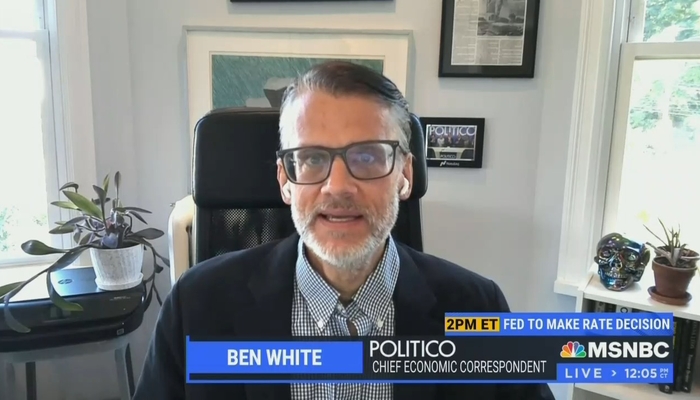 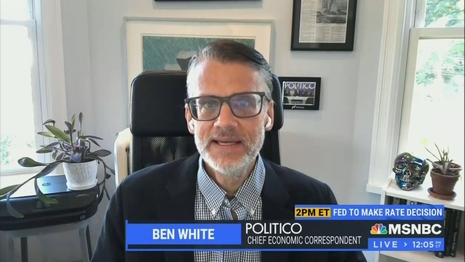 Politico, like the rest of the leftist media, has franticly attempted to assist the Biden administration’s quest to rewrite the definition of recession. So much so that they’re now gaslighting their readers into believing that even if tomorrow’s GDP report shows the second quarter was negative, the report is inaccurate.

Set multiple alarms on your phone tonight. Load your coffee maker with the strongest brew you’ve got. And prepare at least six browser windows to feverishly refresh this Bureau of Economic Affairs website at precisely 8:30 a.m. Thursday morning to have your mind absolutely blown by the … first, possibly inaccurate and certain to be revised reading of U.S. economic performance in the second quarter of this deeply weird economic year.

“We tease. But just a bit. Because it is actually a big deal whether the reading shows the economy, as measured by gross domestic product, grew by a touch or declined by a hair in the second quarter,” White wrote in an attempt to backtrack on the previous paragraph mocking the heightened chatter over the looming GDP numbers.

“If it’s the latter,” White continued, ”Which many but certainly not all economists expect, it would be the second straight quarter of shrinking GDP. That’s one, though not the only definition of, (cue scary music) RECESSION!”

Set your alarms: Tomorrow we get the first, possibly inaccurate and certain to be revised reading of U.S. economic performance in the second quarter of this deeply weird economic year — one metric to measure if we’re in a recession.

Further down in the tone-deaf and economically illiterate article, White falsely writes that “Two declines in a row is one classic hallmark of recession. But as I’ve noted in this space before, there is no official definition of recession in the U.S. beyond a broad decline in economic activity spread over time.”

Attempting to spin for his allies in the Biden administration, White claimed if you “Strip out a quirky decline in inventory-building and an increase in imports driven by pandemic-related domestic shortages of goods and first-quarter GDP likely would have been positive.”

In White’s own spin on the classic “Republicans pounce,” he wrote that “Republicans are salivating at the opportunity to take a negative number, cast aside any of the wonky nuances, and declare the ‘Biden Recession’ well underway.” Adding that there are “Plenty of news outlets may treat it that way as well.”

Of course, it’s not true that Republicans are salivating over the “Biden Recession.” In fact, nobody wants a recession. Especially Republicans who have warned Biden and congressional Democrats not to pump trillions of dollars into the economy through the American Rescue Plan, because it would lead to record inflation, and eventually a recession.

Ben White is a Democrat Party propagandist disguised as a journalist. Just look at the contrast between how he covered the economic recovery in late 2020 when Trump was President and the games he’s playing now.

Trump is expected to get a badly needed positive headline Thursday morning with a report expected to show the economy grew at a record pace in the third quarter.

But beneath the headline, the economic picture looks far less sunny. https://t.co/zyaKpNDR7X

In a Tweet from Politico linking to White’s article on October 29, 2020, the Tweet caption read: “Trump is expected to get a badly needed positive headline Thursday morning with a report expected to show the economy grew at a record pace in the third quarter. But beneath the headline, the economic picture looks far less sunny.”

Classic Politico! Downplay the prospering economy when Republicans are in charge, and happy talk about the bad economy when Democrats are in power.

‘Felon of the worst kind’: Judge rejects plea deals entered by couple accused of selling nuclear secrets to foreign nation
‘Assault on a political opponent’: Donald Trump claims FBI ‘stole’ his passports during raid
‘I Was Totally Dying’: Afghan Interpreter Recalls Chaotic US Withdrawal
Oklahoma woman gets life in prison for convincing lover to murder her pastor husband who they had threesomes with
Border Crisis: Officers Seize over $400,000 in Methamphetamine