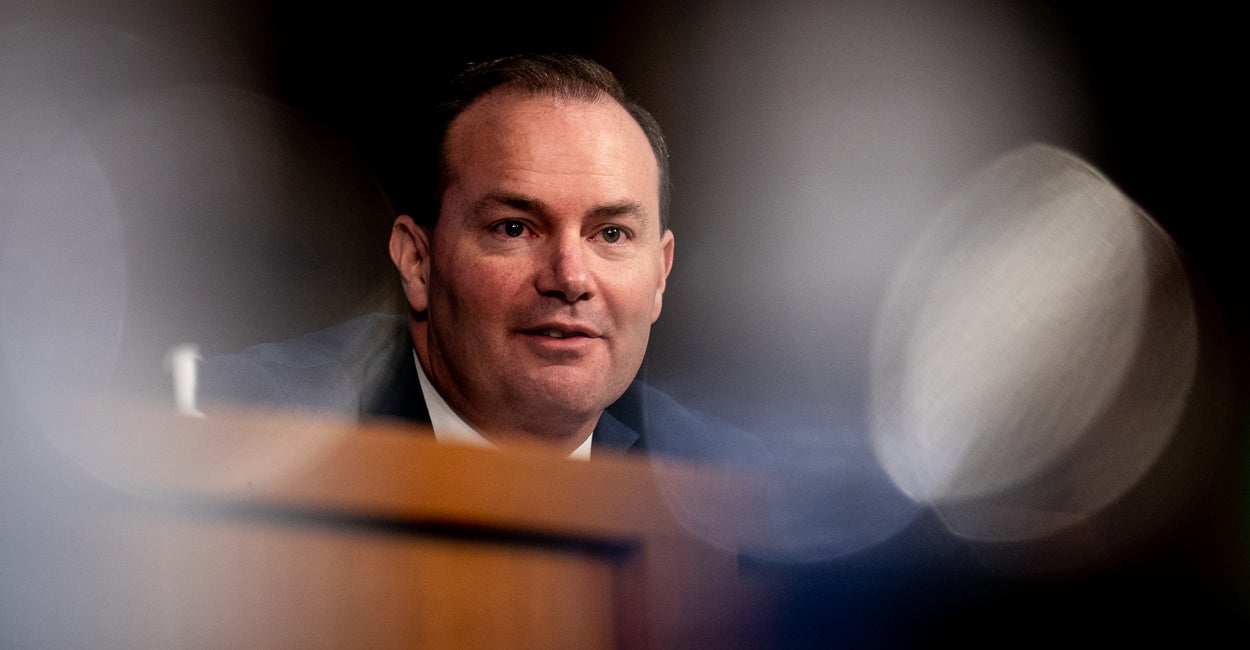 A leading conservative senator, blaming Obamacare for skyrocketing health care prices in his state, laid out policy solutions Tuesday to create a health care system that puts Americans and their doctors back in charge.

“If you allow the worker to get pretax dollars, get non-tax dollars, and allow the worker to purchase his or her own health insurance on the open market rather than having the tax benefit following the employer, that’s a big step in that direction in and of itself,” Sen. Mike Lee, R-Utah, said during a panel discussion at the America First Policy Institute summit in Washington.

“President [Donald] Trump started that and naturally, given that it is a really good idea, President [Joe] Biden discontinued it,” Lee added during the session on public policy focused on helping patients and their doctors regain control of health care choices.

“In order to do that, I think we’ve got to make the case to the American people that Obamacare is bad—not because we disagree with it ideologically, but because it’s hurting people,” the Utah Republican said.

Lee noted that inflation has cost the average American family $718 more per month for basic items since the start of 2021, when Biden took over from Trump.

“We’ve all felt the effects of inflation. Inflation is the direct result of excessive government intervention. Too many dollars chasing too few goods,” Lee told the crowd at the summit organized by the America First Policy Institute, a think tank founded by former Trump administration and campaign officials, and held at the Marriott Marquis hotel less than a mile from the White House.

Lee, who is seeking a third six-year term, said that on top of rising prices, health care in his state also has been hit by “excessive government intervention.”

In my home state of Utah, between 2013, just before Obamacare kicked in in earnest, and 2019, after it had been in effect for a few years, the cost of health insurance went up by 171%, meaning it was almost triple its cost since 2013. All of that is due to excessive government spending.

Across the nation, Obamacare has resulted in a 129% increase in individual health care costs, according to a report by The Heritage Foundation. (The Daily Signal is Heritage’s multimedia news organization.)

“One of the first things that they did after the Democrats took control of both [chambers] of Congress and of the White House, they passed this awful bill that, among other really bad things … ,  expanded what we were spending in the health insurance premium payments to those above 400% of the federal poverty line,” Lee said.

Have an opinion about this article? To sound off, please emailletters@DailySignal.com and we’ll consider publishing your edited remarks in our regular “We Hear You” feature. Remember to include the url or headline of the article plus your name and town and/or state.

Female ESPN Reporter Announces She Will Transition to Being a Man
For good, or ill, the Republican Party has placed itself in the orbit on Donald J Trump
Why China Owning US Land Is Bigger Deal Than You Might Think
The FBI Raid on Trump Looks So Bad, Even Some Democrats Are Blasting It
Beijing’s Economic Problems Complicate Its Designs on Taiwan