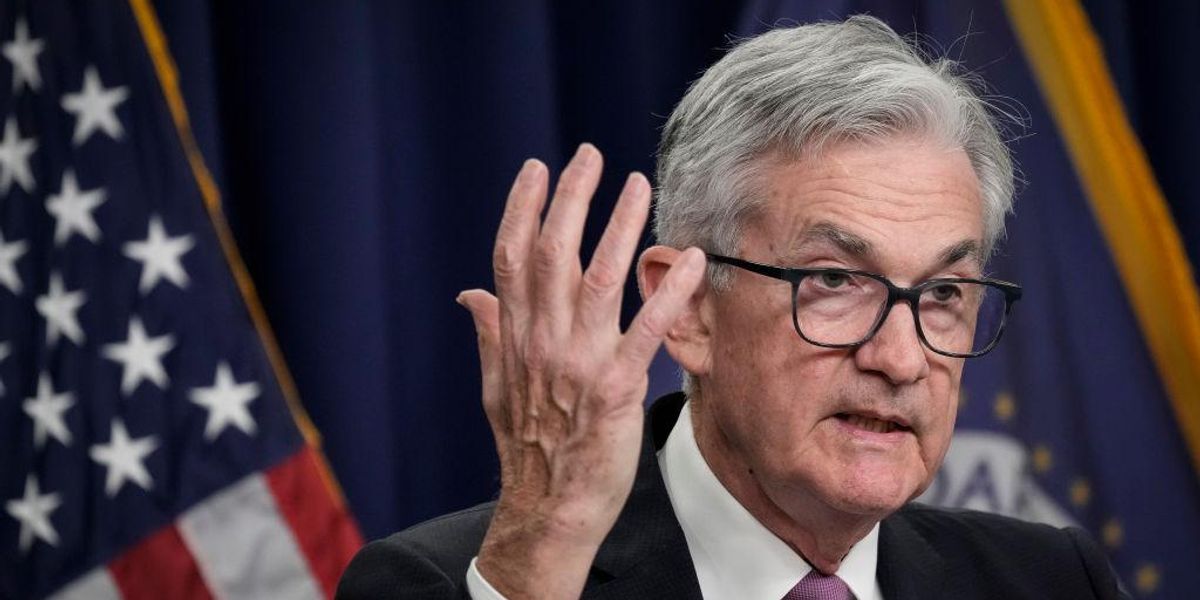 Federal Reserve Chairman Jerome Powell said during a press conference on Wednesday that he does not believe America is in the midst of a recession.

He explained his reasoning by saying that “too many” parts of the economy are doing “too well” — he highlighted the labor market to make his point.

Powell’s comments come as Americans continue to be soaked by soaring inflation and the Fed seeks to address the problem.

“Hey Powell, leave Washington and talk to any middle class worker for five seconds…we’re in a recession. A terrible one,” Steve Cortes tweeted on Wednesday.

u201cHey Powell, leave Washington and talk to any middle class worker for five secondsu2026weu2019re in a recession. nnA terrible one.u201d

During remarks at the event on Wednesday, Powell described the labor market as “extremely tight” and characterized inflation as “much too high.” He then noted a new 0.75 percentage point rate hike.

A Federal Open Market Committee statement says that “the Committee decided to raise the target range for the federal funds rate to 2-1/4 to 2-1/2 percent and anticipates that ongoing increases in the target range will be appropriate.”

“Recent indicators of spending and production have softened. Nonetheless, job gains have been robust in recent months, and the unemployment rate has remained low. Inflation remains elevated, reflecting supply and demand imbalances related to the pandemic, higher food and energy prices, and broader price pressures,” the statement reads. “Russia’s war against Ukraine is causing tremendous human and economic hardship. The war and related events are creating additional upward pressure on inflation and are weighing on global economic activity. The Committee is highly attentive to inflation risks.”

“The Committee is strongly committed to returning inflation to its 2 percent objective,” the statement notes.

Americans have been suffering the devastating financial consequences of roaring inflation, and if the problem persists in the months ahead, it could hurt Democrats during the 2022 midterm elections.

LOL: MSNBC Whines About Biden’s Lack of Positive Press Coverage
Lisa Kudrow says she avoids talking politics, believes ‘Friends’ had ‘no business’ telling stories about ‘experiences of being a person of color’
GOP Rep. Adam Kinzinger blasts man who flew with him in Iraq: ‘He has allegiance to Trump over his oath to the constitution’
Nikola CEO Mark Russell to retire at the end of the year
Homebuilders say U.S. is in a ‘housing recession’ as sentiment turns negative