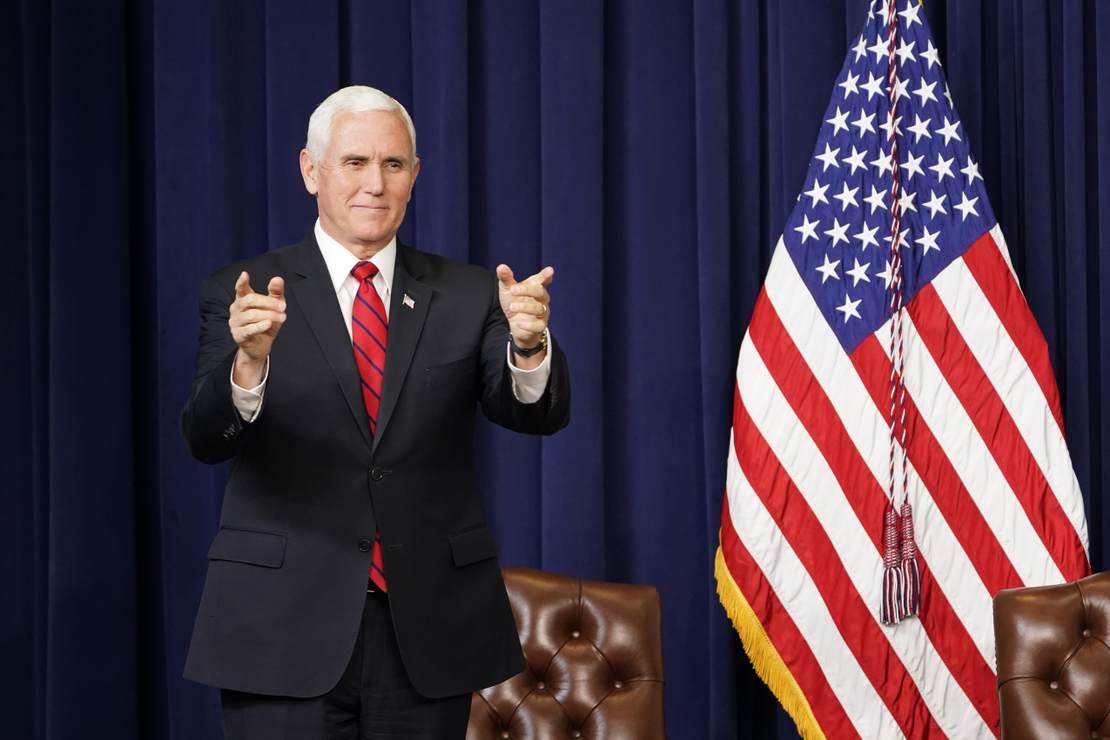 Former President Donald Trump and Former Vice President Mike Pence made speeches in Washington, D.C., on Tuesday, and the study in contrasts was hard to miss.

Although both men have been mentioned as potential candidates for the GOP presidential nomination in 2024, Pence isn’t even in the same zip code as Trump when it comes to the support of Republicans. In a recent New York Times-Siena poll, Trump came in first with 49% support followed by DeSantis in second at 25%. Senator Ted Cruz, a Texas Republican, came in third with 7% followed close behind by Pence at 6%.

But Pence makes good copy in the media because he’s the former vice president who “stood up” to Trump on January 6. Whether that’s true or not is a matter of perspective. But Pence is certainly making noises like a candidate for president and his speech in D.C. could be seen as the start of his longshot campaign.

Related: Rift in Arizona GOP Widens With Visits By Both Trump and Pence

Trump appeared at the America First Policy Institute and gave a meaty speech on law and order and crime — before it degenerated into rehashing the 2020 election.

“We need an all-out effort to defeat violent crime in America, and strongly defeat it, and be tough and be nasty and be mean if we have to,” Trump said.

“Our country is now a cesspool of crime,” he said Tuesday. “We have blood, death, and suffering on a scale once unthinkable because of the Democrat Party’s effort to destroy and dismantle law enforcement all throughout America.”

Trump detailed his set of policy prescriptions to combat the bleak picture of American society he painted, calling for police squad cars to be parked on “every corner,” moving the homeless out of cities to “large parcels of inexpensive land in the outer reaches of the cities,” imposing the death penalty on convicted drug dealers, and reinstating stop-and-frisk policies.

Pence made an appearance at the Young America’s Foundation and stressed what he and Trump have in common. “I’ll always be grateful for the opportunity to serve as vice president,” he said. “I don’t know that our movement is that divided. I don’t know that the president and I differ on issues — we may differ on focus.”

And in contrast to Trump rehashing the 2020 election, Pence wanted Republicans to move on. “I believe conservatives must focus on the future to win back America,” Pence said

Trump’s idea to move the homeless to “tent cities” will no doubt receive much criticism from homeless advocates, while many of his other anti-crime measures will be in legal trouble from the start.

Trump said the government should “remove” thousands of homeless Americans and put them in tents on “large parcels of inexpensive land in the outer reaches of the cities” with “permanent bathrooms” and “medical professionals.” He said the U.S. should “execute” drug dealers, praised how China prosecutes criminals, and called for a “return to stop-and-frisk policies in cities.” If he were still running the country, he said, he would override governors and mayors and send the national guard to neighborhoods with high crime rates.

The former President laid out a dark vision of the country since he left office. “We’re a war zone,” he said, adding, “There is no longer respect for the law and there certainly is no order. Our country is now a cesspool of crime.”

Pence laid out a “Freedom Agenda” that he believes will help conservatives concentrate on the future.

The Indiana Republican said that conservatives “must focus on the future to win back America” and laid out what he called a “freedom agenda” of conservative policy goals on everything from the economy to immigration to cultural fights over education. The speech hinted at a platform for a presidential campaign, which Pence may pursue in 2024.

“I believe this freedom agenda provides a clear roadmap for conservative leaders like all of you to connect deeply with the American people on their top priorities,” Pence said.

“Frankly, 2022 may be the best chance we will ever have to build a lasting majority to invigorate the conservative movement to fulfill conservatism’s purpose and to save our nation from the left wing, tyranny, socialism, and decline,” Pence said.

Trump endlessly replaying the 2020 election and constant criticism of the January 6 Committee may be wearing thin on Republican voters. Sarah Longwell, a longtime GOP consultant, believes that “Trump relitigating the 2020 election and January 6, I’m not sure that’s the right strategy,” she told NPR. “One of the things I hear in focus groups all the time from Republican voters is how much they want to move on from the January 6 conversation.”

As proof, Longwell claims “Prior to the January 6 hearings, we’d done dozens and dozens of focus groups with Trump voters, and [we’d] always ask them, ‘Would you like to see Trump run in 2024?’ And you’d get about half the group or more that would say that they were interested in seeing him run,” she said.

“Since the committee hearings began, we’ve had four groups where zero people wanted him to run again,” Longwell said. “That’s a really marked contrast and their rationale seems to come down to electability.”

Indeed, Trump’s 2020 schtick plays well in many Republican states. But to win a national election, Trump needs to convince less committed Republicans, independents, and some Democrats to win the general election.

He should have little trouble besting Pence, DeSantis, and any other Republican candidate for president in 2024.  But the political landscape is far more problematic for Trump in 2024 than it was in 2020, and he may not have an old, tired, gaffe-prone Democratic president to run against.