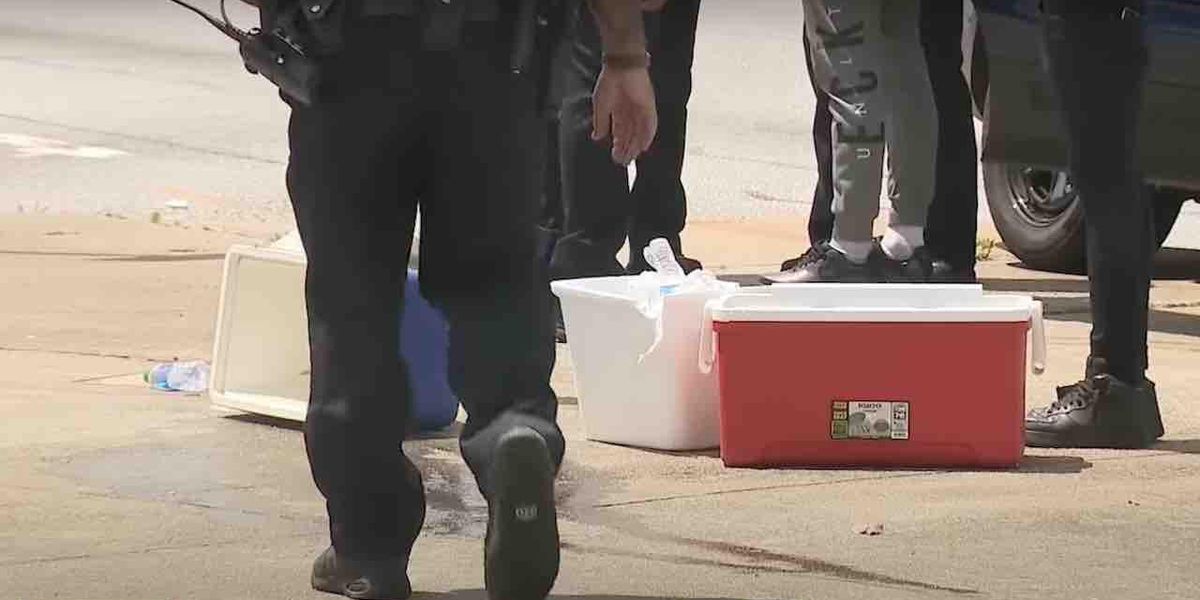 A 14-year-old male punched an Atlanta police officer in the face Saturday afternoon, breaking the cop’s eye socket and causing nerve damage that could lead to blindness, WSB-TV reported.

The officer had ordered the teen, who was selling water near Interstate 75 in midtown, to move away from the area — and the kid ran when the cop approached him, WAGA-TV reported. Soon the teen tossed liquid in the officer’s face and punched him in the right eye, WSB said.

Atlanta police confirmed to WSB that the teen was arrested, but police didn’t release his name or age. The station said he was charged with aggravated assault, aggravated battery, terroristic threats, obstruction, pedestrian in the roadway, pedestrian soliciting business, and littering.

“I can’t believe that this young individual had the temerity to do what he actually did to an Atlanta police officer,” Atlanta City Council member Michael Bond told WAGA, adding that he’s calling on colleagues to put a stop to the so-called water boys.

WSB added that violent incidents involving water boys have been happening since the beginning of the pandemic.

For example, a man driving home from church earlier this month told WAGA in a separate story he saw a teen who was selling water firing shots in a busy Atlanta intersection.

“All of a sudden, I hear gunshots, ‘pow pow pow,’” Dorrington Poitier told the station. “Looked over and this man had to be about 14 years old. He had a handgun in his hand and was walking toward my vehicle.”

A teen was shot multiple times while selling water in July 2021 along I-285 in College Park, WAGA also noted. College Park is about 25 minutes southwest of Atlanta.

‘A simple hustle that’s been taught to them’

In the wake of the teen punching the police officer, one man told WSB that the water boys “just have nothing to do and nowhere to go. All they’re doing is looking for money. That’s just a simple hustle that’s been taught to them.”

Mayor Andre Dickens launched a summer employment program that connects at-risk teens with private businesses in the city, WSB said, adding that while nearly 3,500 kids have joined the program, there are still more than 2,700 available jobs.

MSNBC’s Steve Kornacki warns Hispanics are continuing their mass exodus from Democratic Party
In Washington, Honesty Is Such a Lonely Word
Man who allegedly kidnapped 12-year-old and murdered her mother and brother is an illegal alien and had been previously deported to Mexico
Undermining Legacy of Jefferson and Madison in Their Own Homes
Plant-Based ‘Burgers’ Were Doomed to Fail