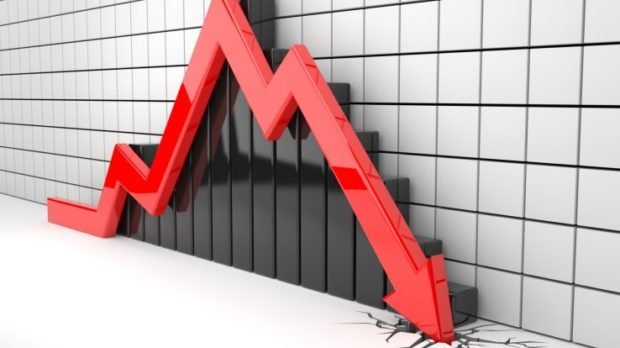 Social media is ablaze with a dispute over whether the US economy is in a recession.

The debate was prompted by the White House’s statement on upcoming GDP data. The statement claims:

While some maintain that two consecutive quarters of falling real GDP constitute recession, that is neither the official definition nor the way economists evaluate the state of the business cycle.

The debate on social media is about whether this is true, but I think a different question takes priority. Why do we care? I’m not asking why we should care about whether the economy is bad— that’s obviously important.

I’m asking a different question. Why do we care if we call it a recession, and why do we need a definition of recession at all?

Recessions as Tools for Planners

Individuals trying to manage their households and businesses don’t need access to macroeconomic data like GDP to know things are going badly in the economy. When businesses are unable to secure customers, when costs are rising faster than revenue, and when individuals lose purchasing power, they know.

“The individual consumer,” Murray Rothbard wrote, “in his daily rounds, has little need of statistics; through advertising, through the information of friends, and through his own experience, he finds out what is going on in the markets around him. The same is true of the business firm. The businessman must also size up his particular market, determine the prices he has to pay for what he buys and charge for what he sells, engage in cost accounting to estimate his costs, and so on. But none of this activity is really dependent upon the omnium gatherum of statistical facts about the economy ingested by the federal government. The businessman, like the consumer, knows and learns about his particular market through his daily experience.”

Not only do people know the relevant economic conditions without macroeconomic data, but they know before macroeconomic economic data has the chance to be released. If someone walks outside on a hot day, they don’t need a meteorological agency to tell them the temperature to know it’s hot. In fact, if you tried to tell a person on a hot day that your weather app says it’s only 10 degrees, they’d tell you your app is wrong.

So who exactly does access to GDP (or national income data) help? In brief: the government. Why? Because politicians and bureaucrats lack the direct, meaningful knowledge that market participants have. As Rothbard explained:

They are decidedly outside the market. Therefore, in order to get “into” the situation that they are trying to plan and reform, they must obtain knowledge that is not personal, day-to-day experience; the only form that such knowledge can take is statistics.

Statistics are the eyes and ears of the bureaucrat, the politician, the socialistic reformer. Only by statistics can they know, or at least have any idea about, what is going on in the economy.

For example, you can’t have recession policies if you can’t quantitatively identify a recession, so our planners make definitions and gather metrics.

But their definitions and metrics are meaningless from a market participant’s perspective. Their only function is political. As economist Ludwig von Mises argues, “[t]here is no nonpolitical reason whatever to proceed with such a summing up of all incomes within a ‘nation’ and not within a broader or a narrower collective.”

All of these metaphors about economies running hot or stalling are based on a central planning view of the economy. In this view, the economy is like a machine which we can adjust to bring about the proper results.

Without macroeconomic statistics, central planners have fewer means by which to justify particular interventions. We can’t claim we need stimulus if we can’t point to some data indicating it’s necessary.

NBER has a sound approach for studying recessions – a determination they often do not make for months or even years after the fact. But there’s nothing establishing them as the “official” arbiter.

Quite the contrary: most federal statutes use a 2-consecutive quarter standard. https://t.co/vORS6YzC6h

Notice the role GDP measurement plays here. It is presumably a metric for evoking legislation. Why else would the legislature have automatic responses to the metric?

Still not convinced that macroeconomic statistics exist to serve planners? Consider some simple questions from Mises:

Why is it we’re so focused on GDP of the United States rather than town GDP or world GDP? It’s because our most powerful political decision-makers are at the national level.

Ironically these tools developed in part to aid planners have become a thorn in the side of many politicians. While GDP numbers may aid in national economic planning, they may not be helpful at the polls.

This is likely why the Biden White House is trying to get ahead of the release of the most recent quarter of economic data. If you’re worried one definition of recession will make you look bad, just choose another definition.

Unfortunately for Biden, even if some arbitrary collection of economists declare we are not in a recession, you don’t need a thermometer to feel if it’s hot outside.

Economic issues, especially inflation, top the list of concerns for voters going into the 2022 midterms, and it isn’t particularly close.

So officially defined recession or not, it doesn’t really matter. When it’s hot outside people wear shorts. When the economy is bad for them, they respond accordingly regardless of what the bureaucratic weathermen say.

Petition to recall Los Angeles District Attorney George Gascón fails
Students and staff in the School District of Philadelphia will be required to mask for the first 10 days of school
Vile MSNBC: Roe’s Overturn Serves White Supremacists’ Interests
How America’s Unsecured Border Contributes to Fentanyl Crisis, Deaths
Homeless Camps In Portland, Oregon Are So Bad That Some People Are Selling Their Houses And Leaving (VIDEO)